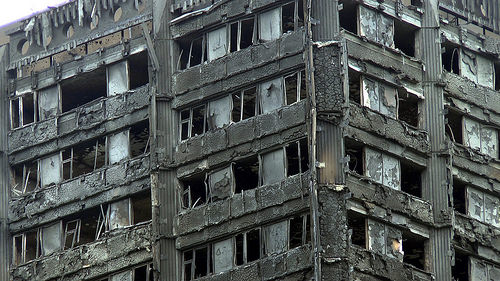 June 14th will mark the one-year anniversary of the Grenfell Tower tragedy, in which an inferno engulfed a 24-storey public housing tower block in Kensington, London. The revised death toll stands at 71, the UK’s worst fire in a century.

The story continues to make headlines in the UK, with an interim report by fire investigation experts released in April this year detailing the litany of failures in the materials and methods used to clad the external facade, combined with errors in design and the procurement process utilised by Kensington Council.

If that were not bad enough, firefighters assumed they had extinguished the initial faulty fridge fire on the fourth floor, and had started advising residents that all was well, before realising flames were spreading to the outside of the building.

Adding further insult to injury, many residents recounted afterwards that they only made it out alive by ignoring 999 operators, whose official direction to residents had been to stay put in their units and wait for help – they had not expected the flames to spread as quickly as they did.

In a nutshell, Grenfell was a colossal clusterfuck of human error and bureaucratic failure, of inadequate testing regimes, and lapses across a range of apolitical regulatory and enforcement measures going back decades. Sober reporting noted that the country would need a cultural shift to avoid a recurrence in future.

But what use is sober reporting when a tragedy can be manipulated for political advantage, and hijacked to further a social justice narrative? Why let the facts get in the way of a bit of propaganda?

“These People Died Because They Were Poor”, the Independent opined the day after the fire. “Empty Homes Owned by the Rich Should be Requisitioned for Grenfell Towers Residents”, the Telegraph headline read the next day, quoting Labour leader, Jeremy Corbyn.

Of course airhead celebrities like Lily Allen, Russell Brand and boy-Marxist Owen Jones managed to insert themselves into the narrative at the time, pandering to their champagne socialist ideals and ramping up anger at the class injustice of it all.

Labour Shadow Chancellor, unabashed communist John McDonnell, declared outright while addressing the Glastonbury Festival in the week after the fire that the Grenfell Victims were Murdered by Political Decisions. Labour’s resident embarrassing highlight reel, Shadow Home Secretary Diane Abbott, noted in an interview with ITV news that “hundreds” of people had died, as a direct result of Tory attitudes towards social housing.

Serial race-baiter, Labour MP David Lammy, made outrageous suggestions that officials investigating the fire were covering up the number of deaths to prevent a riot, but later clarified in a car crash interview with the BBC that he had only been referencing accounts and speculation by local residents themselves.

This hysterical invective was reported gleefully by the mainstream media in the UK as news.

And nothing has changed a year after the tragedy.

A few weeks ago, the Guardian published a racially-charged article, linking the Grenfell fire with everything from the highly publicised deaths of Trayvon Martin and Michael Brown in the US to the recent Windrush Scandal, the theme being the powerful only see tragedy of the oppressed when it suits them. Leave aside that elements of these stories are further examples of mainstream media narrative-buildig.

Just last week, reporting on the ongoing hearings and the testimonies of the victims’ families, the Guardian continued to paint a picture straight out of a Dickens novel, using such charged language as “… those who died in the tower were a dispensable underclass that lived within spitting distance of the affluent elite”.

Never one to be left out of things, the BBC last week published a similar diatribe from BMELawyers4Grenfell founder, Peter Herbert, who attacked the Council, declaring, “There’s a race dynamic to this. These were not only people who lived in a social housing in a tower block and so on the margins of society in London, but also they were a large proportion for minority and diverse communities.”

But this hasn’t always been the case, easily proven by taking a trip back to the last fire tragedy in the UK, the Lakanal House blaze in 2009 in the London Borough of Southwark. Frequently referenced in the Grenfell reporting, six residents including three children on that occasion died under similar circumstances. Reporting from the Guardian and BBC at the time was objective and balanced; the council broke fire regulations in the years leading up to the accident, and those who died had again been told by 999 operators to stay in their homes.

To quote the BBC, “The fire at Lakanal was complex with a number of issues that are being investigated by a number of authorities, including the council.”

Apolitical, devoid of speculation, reasoned. Less than a decade on however, things are very different.

The Leftist mainstream media has become extremely adept at whipping its readership up into a frenzy by recalibrating the news in terms which they (their readers) understand – i.e. Grenfell was about a victim class, not just about a tragic death toll.

Forget about the fact that similar panels had been used in 90 other cases in 16 different councils around Britain; ignore the fact that the landlord for Grenfell was the Kensington and Chelsea Tenant Management Organisation (KCTMO), a separate entity with a board comprising of majority tenants, under whose watch the refurbishment works were completed. Forget too that the Guardian’s own reporting revealed that, contrary to it’s sensationalistic headlines, the cladding used by the contractor, although a cheaper replacement, was certified to European fire resistance standards, and received a worse rating only in in terms of the amount of smoke they would emit.

Most importantly, forget the very reason for the refurbishment works in the first place, something that only independent media reported on, but which is evident in the KCTMO’s media release announcing the upcoming project, as well as in their announcement of the works being successfully completed; the Council’s 2013 – 2017 Housing Strategy denotes “the importance of seeking reasonable alterations to the existing building stock to mitigate the causes of and adapt to the effects likely to occur due to climate change,” and states that it “recently agreed to clad a high-rise block in the north of the borough, which will improve the energy efficiency of all the properties within it.”

The reality here is that a country’s obsession with green energy led local councils to implement a range of carbon reduction measures, as Spiked-Online points out:

”In May 2012, the government’s committee on climate change (CCC) published its ‘advice on how local authorities can reduce emissions and control climate risk’ under the 2010 Climate Change Act. The CCC identified social housing as one of the key areas where CO2 emissions could be reduced by improved energy efficiency from greater insulation.”

I struggle to see how a process seeking to improve the living standards of the residents of Grenfell, beset by a unique set of desperately unfortunate circumstances, can be misconstrued and politicised to the extent that it has been by the media.

My final thought – if ever you were looking to analyse the rabid bias of the liberal media, look no further than their reporting on the bombing of the Ariana Grande concert in Manchester, the one-year anniversary of which was coincidentally a fortnight ago on 22 May. Juxtaposed against the way that the Guardian et al has continually fuelled anger about the perceived causes of the Grenfell tragedy – racism, class warfare, corrupt Tories, the ills of capitalism etc – it is glaringly obvious how that same media has assiduously avoided using any hyperbolic rhetoric about the Manchester bomber, a radicalised Muslim, no doubt for fear of offending the broader Muslim community or otherwise influencing the public’s perception of the event. No, in Manchester it’s all tea-light candles, memorial concerts, resilience and charity runs.

If only the media applied equal measures of circumspection to all news stories. Instead, the Grenfell Towers tragedy must serve to remind all of us just how fake the news really is.Photo by ChiralJon 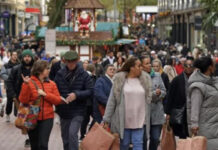 Just How Bad is the New Census Data?