Old and used up women with a vast history of poor personal choices have been trying to sell the “real men are sensitive” line for over 30 years. The trouble is that so many young men fall for this rubbish. I know because I fell for it. Back in the early 90s the term SNAG entered the collective vernacular, an acronym for ‘Sensitive New-Age Guy’. For young men the idea that they can get women to have sex with them by being compliant and amiable is deeply intoxicating.

It also doesn’t work. As always never listen to what women say they want, but rather watch what they do. The young hawt chick will coo in your ear all day long that she wants you to respect her and to be tender with her while you take her around town and buy her meals and little gifts, only for her to conclude the evening by taking off with the bad boy biker that she bumped into at the bar 5 minutes ago.

To rub additional salt into the wound you can expect a tearful phone call a few days later where she pleads with you to tell her why more men aren’t wonderful like you are.

Welcome to the roller coaster of sexual sensitivity.

“To me, it’s all about confidence. Male confidence. With who you are, with how you relate to strong femininity, with how afraid you are of women — or not. And I’m not talking about the faux confidence that blares insecurity and need. Most women don’t want the firm male clamp in their lives because it can easily morph into an ugly, controlling relationship.”

When women promote the lie of male sensitivity they utilize a simple binary proposition; beta men are good men but alpha men are bad men who behave in an ugly way. This deception serves to reinforce the narrative being sold to betas – if you’re a beta then you are by definition a good person and women will like you.

Keep in mind that the overwhelming number of men accused by the hysterical #metoo movement of sexual harassment are lefty betas.

“Feminine men, in my experience, are more confident and therefore comfortable with their sexuality. They’re not afraid of women, and so don’t want to manage them, belittle them, reduce them or silence them.”

A feminine man is a faggot. He might not literally suck cock but he’s well on the way to getting down on his knees for the first time. Faggots are extremely comfortable with their sexuality because their sexuality defines them.

“One of my best lovers was a man who was bisexual and deeply in touch with his feminine side.” 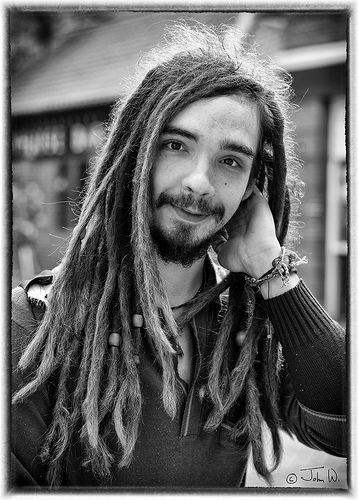 “Give me a man (this is usually a rock god, or some other creative type) who’s comfortable enough to wear nail polish. Because that speaks sexual confidence; nothing to hide and nothing to be afraid of. Give me a playful man who never, entirely, grows up; who never clamps down into curmudgeonliness and grump. Give me a man comfortable enough to farewell his mates with “love you” and call them darling, which I’ve recently witnessed young heterosexual men do and it feels tender and gorgeous and confident. These young Aussie men see nothing threatening about the gay peers around them; they dress up in rainbow colours for Mardi Gras and dance in celebration alongside the LGBTIQ world. It feels like the future. An inclusive, unafraid, more confident future, a better future.”

Like I said, just one step away from getting down on their knees.

“So all power to the well-rounded man, who’s not afraid of difference and raised to see women as equal, not as “other” or as objects. The domestic abuser is all about control — the desire to diminish another person. So much of it seems to result from fear of female strength, if it’s allowed to slip out. Who, as a woman, would want the toxic alpha male, so afraid of women that he has to belittle them, reduce them?”

Here is another example of the great lie at work. The package of goods being sold makes the claim that it will make you a well-rounded man. Just like that! Put the pussy on the pedestal and not only will the great vagina be gifted to you but you will also become a “well-rounded man” into the bargain.

Which is complete bullshit. Becoming an actual well-rounded man takes years and years of continual hard work. You can begin with my 28 traits of the modern man if you don’t know where else to start.

“In this revolutionary time it’s more often the sensitive, woke betas being celebrated — and, according to Bruni, they’ll be the ones who increasingly get the girls. Viv Albertine, the 63-year-old former guitarist of British punk rock band The Slits, was asked recently what makes her angry: “A pompous man talking down to me. I want to kill him. It triggers all the years of it. All that is built up and is coming out in me.” Bring on the new world, and the new man.”

It’s no coincidence that women who publicly push this agenda are way beyond their use-by date in the sexual marketplace. But the problem for young men is that while young women won’t push the same agenda they will most certainly take advantage of it. Having a few pliant betas in her circle while she regularly dates the alpha men who give her the much needed tingles is the perfect scenario for the typical woman in her sexual prime. The betas will be kept around or at the very least kept in contact with until she hits her thirties and wakes up to the fact that she had better lock down a proposal soon.

The search for a suitable suitor in this phase of her life will go something like this:

Reach out to each and every alpha that ever gave her the tingles to see whether or not he might be interested in sticking a ring on it. (She won’t be so rude as to actually inquire as to any marriage prospects but that will be the general drift).

When this doesn’t work, and it never works, she will then search through her collection of beta orbiters for the one most suitable to provision her wants and needs for the foreseeable future. The selected beta will stick a ring on it at a speed guaranteed to run most nuclear warp drives.

I see this on my Facebook feed all the time. It would be hilarious if it wasn’t so horrible.

Don’t fall for the sensitive man trap, and whatever you do, don’t stick a ring on the finger of your old infatuation that suddenly contacted you out of the blue because ‘you have been on her mind for such a long time’. The answer is to go out and make a man of yourself by your actions and results, and by doing so attract a high SMV woman in her prime. Leave the fantasy of feminine men to bitter old has-been women whose best years passed them by a very long time age.