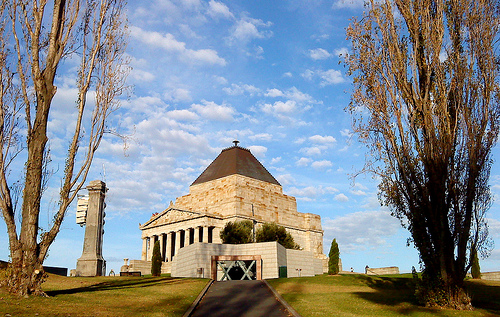 It has struck me both times I have attended the Anzac Day Dawn Service that the vast majority of attendees are white, Anglo-Celtic Australians. I’m talking a high 90 percent.

Living in Melbourne, this is particularly noticeable, as these days in the CBD most people you see will be Chinese or Indian. Walking south through the CBD at a quarter to five in the morning, the Chinese and Indian people I came across were mostly heading north, while the white people were all streaming south.

But I think this misreads the reason most people have for uprooting and moving to another country. They do it because it will benefit them and their families. They do it to get a better life, but they bring their own values and culture with them. It is a mistake in the Culture War on behalf of civic nationalists to insist on migrants fitting in, but to ignore low birth rates among real Australians, and annual migration numbers in the hundreds of thousands. Facts are being made on the ground that make the insistence on becoming like us utterly ridiculous.

Simply put, if white Anglo-Celtic Australians become a minority in Australia, we will not be able to successfully insist on upholding our British heritage, culture and system of law. No amount of non-white allies who love British culture will be able to change this.

Melbourne and Sydney are on the path to becoming Chinese and Indian colonies. Chinese and Indians have strong historical and cultural ties to their own lands, which between them consist of over a third of the world’s population, which mean that when they are here in large enough numbers, they won’t need to pay lip service to the culture of the British who founded the country.

On the upside, they will have a lot less patience (especially the Chinese) for any nonsense by followers of the religion of peace, but that isn’t really a consolation to me. I have not spent the last few years speaking out against the Islamisation of Australia only to hand it over to another mob.

People might think that the ever growing crowds at Anzac Day services and marches mean we have nothing to worry about. The response to the disgusting attack on Australia Day by Catherine Deveny, (like Yassmin Abdel-Magied and other leftists before her) does show that the immune system in Australia against the cancer of Marxism is still strong.

But now that the left have achieved the legalisation of fake marriage, they are launching a frontal attack on Australia Day. If Australia Day goes, Anzac Day will be the next big target.

If the Anglo-Celtic majority in Australia goes, everything goes.