Following a very hu-White working Christmas and New Year, which has seen a new romantic interest enter my life, the sons of whores over at Facebook have finally got around to disabling my primary account.

Readers who have been following me for a while know that I am no friend of the platform, but thanks to its censorship I genuinely doubt the White fight will be stopping anytime soon.

Perhaps it was my New Year’s resolution post for a “Whiter brighter future”, or perhaps it was my critique of U.S.S.R style criminalisation of “Anti-Semitism” as being counter intuitive to White goyim interests, but we should expect nothing less from Comrade Cuckerberg by now.

Mark Zuckerberg (who has banished references to comments made by Facebook’s Former first President Sean Parker about the predatory nature of Zuck’s company exploiting dopamine vulnerability in human psychology) is a testament to his toxic tenacity to solicit smut as free speech while censoring political dissent that exposes certain greedy, manipulative, back-stabbing, hand wringing ways.

As Facebook’s algorithms are continuing to run interference with content from The Daily Stormer, Christopher Cantwell, Fash the Nation, The Right Stuff, Red Ice, Occidental Observer, and a host of other prominent Alt Right sources, the platform (as it always has) serves only to instil devotion to Brain AIDS.

Thus, your fellow Alt-Right fashy goy shitlord will not be re-enlisting on the black bloc forum of Facebook. Instead I’ll be dedicating more time to my encrypted chats via alternative forums. 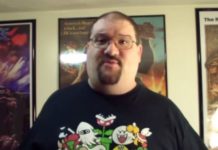 This is why prog women are so angry all the time