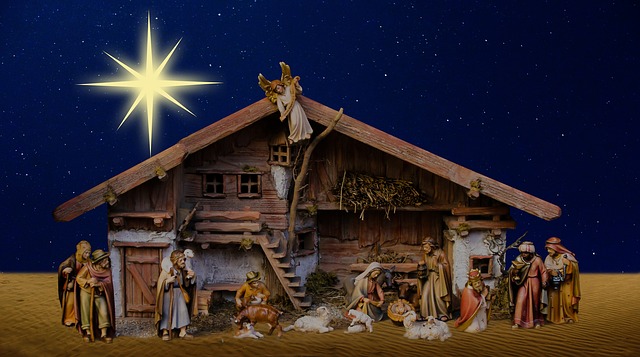 Merry Christmas to all the readers of the XYZ, and especially to those who know what the Christ part of Christmas means. Now is the time to celebrate.

It hasn’t been a good year, I know. After a long decline, our country has finally decided to send the institution of marriage the same way as in all other Western countries – down the toilet. We will lose our freedom in the name of tolerance. We will be driven to the sewers, an underground resistance.

But we can still celebrate this time of year. Because this is for us. And we have something to celebrate. These holidays mark the coming of our Lord, who made us free. Through his death, we are forgiven. There’s a radical message if ever you heard one – forgiveness for the undeserving, without regard to class, race or gender. As a friend put it, “you mean God will forgive even really bad people if they repent and trust him? That’s … that’s not fair!”
No, it’s not. But the offer is open to anyone and everyone. This is what we have to celebrate.

We are free. We have hope. We are no longer bound to find the meaning of our lives in experiencing the maximum amount of pleasure before death, and so we can enjoy life honestly. We can take its joys as an unexpected gift rather than as a debt owed to us, to be resented if insufficiently paid.

We don’t have to find our ultimate meaning in victimhood, or in the opposing of some oppression, to such an extent that when equality is gained, we have to construct new oppressions for ourselves to avoid being left directionless.

We don’t have to find our ultimate meaning in any political system, or the creation of a paradise-on-earth, because we know that this world, like our lives here, is temporary. We don’t have to be frustrated when human nature stubbornly refuses to cooperate in the construction of our utopia. It doesn’t mean we disengage from politics – not at all! But it does mean that we can put in our best effort with a light heart, because we know what is most important. Our hope is not in any political system that might be overthrown. Our hope is unshakeable. This is what we have to celebrate.

We don’t have to fear being on the wrong side of history – a stupid argument if ever I heard one. My Arts degree would have been deficient had it not instilled in me the idea that history is, to an extent, subjective. History is written by the winners, they say, and the people who threaten us with being on the wrong side of it clearly expect that the history books will be written by them, or by people who think just like them. But “you’ll be the bad guy in my history book” doesn’t really have the same ring.

Why should we change our views like the wind changes, trying to predict where the popular view will go next? That kind of thing is for politicians – professional wind-vanes, who swing and turn, standing for nothing concrete, but revolving on the centrality of their desire to advance their career, to achieve power and influence, giving little thought to what they’ll do with it when they achieve it. In their spinelessness they are guilted into supporting progressive, Marxist ideas, because it takes backbone to stand up to the bullies, and backbone, to a politician, is more of a liability than an asset. One has to be flexible, after all. They are a pathetic lot, and they stand for nothing.

But we stand for something, and we are not ashamed. We have no reason to fear public opinion, or the wrong side of history. We know that it will not be an aggrieved Marxist to get the final word on the events of the world, but the eternal God. We have staked everything on it. If we are wrong, we are the pathetic fools they think we are.

But I don’t think we’re wrong.

We don’t know what next year will bring, whether good or bad. But, as Jesus said, “do not worry about tomorrow, for tomorrow will worry about itself.” Now is the time to celebrate.