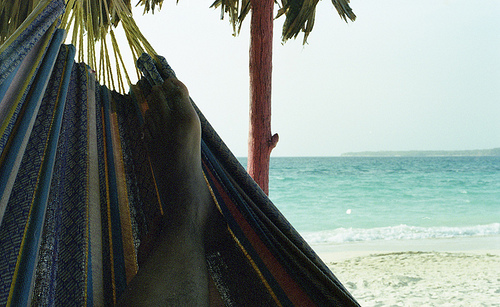 One of the bemusing differences between the Left and people without mental conditions is that members of the Right are not normally ashamed to confess they are friends with people from ‘The Other Side’, and your author, being a non-apologetic Conservative all the way down to the Bernardi print matching socks and undies is of no exception.

So, being on polite and social terms with a few members of the public service, your author happened to become engaged in casual conversation over the latest pay offer doing the rounds in an unnamed part of the public sector, and had it pointed out that while the money on offer wasn’t a significant improvement there was a significant increase in leave allowances, including the latest in socially aware bonuses, the offer of Paid Abuse Leave.

The scale and scope of this leave allowance is not the topic for today’s discussion, nor is XYZ attempting to claim this is a ground breaking exposé of previously hidden government practices. Instead we wish to discuss the moral and ethical implications of what seems to be becoming a standard clause in current union payroll negotiations.

Leave, in a broad and general sense, is paid time off for the employee. Most of it is largely self explanatory. Annual Leave is awarded annually and generally accepted as necessary because all work and no play makes Jack a dull boy. Sick leave is for when employees suffer from illness, and in some ways is encouraged by employers, partly because ill workers are more likely to make mistakes but mainly because most sane people would secretly prefer sniffing and coughing co-workers to just keep the hell away from them. Maternity leave is for parents and babies, or at least it was and currently is for parents and babies. In a future post-SSM universe it might not be at all but we digress, and the main intent of current maternity type leave is to keep small, screaming poo factories out of the work place for as long as possible and/or to allow the joy-filled parents the time they require for this happy but fatiguing time in their personal lives.

The theme here is that these various types of leave exist for simple and logical reasons. Workers need time off for sanity. Tick. Workers get ill. Tick. Workers pop out babies and need time to care for them. Tick.

Workers suffer from violence directed at them from their partners?

Or more to the point, employers expect this violence to happen frequently enough that their employees will require dedicated time off for recovery?

Let us not be completely hypocritical, there is a time and a place for violence in life, although none of those times or places involve a healthy domestic relationship. Relationships can be built on a lot of things, none of which should ever be abuse and quite frankly, if you are ever abusive towards a partner then you seriously need to take a very long and very solid look at yourself.

So by logical extension, in a perfect world – the sort of world we should all probably be striving for – domestic violence would never exist and no-one, man or woman, would ever be in a situation where they are forced to take time off work in order to deal with its consequences.

Yet there is now a dedicated amount of leave put aside for these very moments. Again we wish to stress the fine details of these contracts have not been studied, and we are discussing the overall moral implications rather than the finer points of legal interpretation. A worker turns up battered and all a supervisor now needs to do is ensure the time is booked against the correct leave entitlement? What happened to the duty of care? What happened to actually dealing with the problem? What happened to the simple and clear statement that domestic violence is never acceptable?

Maybe there are deeper and better answers that your author has overlooked in the brief and casual examination of these policies, but unfortunately the impression given is that in a perfectly unionised government workplace the solution to all of relationship evil is to wear a white ribbon and ensure your time sheet is filled in correctly.

Cautiously, and with respect and love to our partners, we’re your XYZ.