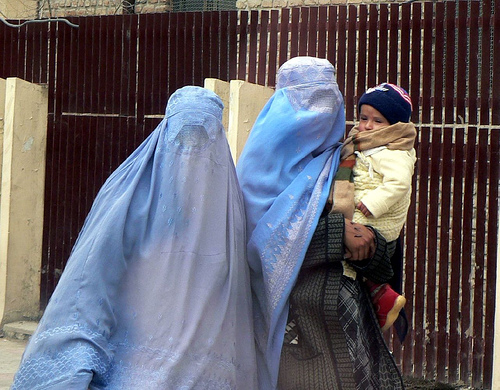 Islamists believe that any woman who shows so much as a wrist or a collarbone in public is practically begging for it. Also, if a woman says she was raped, then she deserves to die for having extramarital sex unless she can provide documented proof of the lack of consent, and this proof must be signed either by the rapist or four of his buddies.

Feminists want to legislate affirmative consent. Affirmative consent basically means that all sexual activity between a man and a woman is rape if the woman says it is rape, unless the man can provide notarized legal documentation proving that the woman consented to the specific sex acts the woman alleges were performed, and also that the woman enjoyed it. Also, your marriage certificate doesn’t count.

Feminists are ok with Islam. One of the defining characteristics of highly feminist nations such as Sweden, Canada, Germany, and to a somewhat lesser extent Australia, is subsidised mass migration from third world Muslim hell holes. Under feminist justice systems, these Muslims can get away with child rape almost as easily as women can get away with attempted murder of a man.

Respectable people (the sort that get hired by the ABC) don’t see any inherent institutional incompatibility between Islam and feminism (even when it is rubbed in their faces), but perhaps you aren’t one of those people. Perhaps you wonder why it is that in the face of radical Islam, feminist mantras like ‘teach men they are rapists’ somehow turn into ‘don’t wear revealing clothing because it might cause “misunderstandings”’.

It all makes sense when you realize the patriarchy is synonymous with western civilization and everything it stands for.

Islamists want to destroy the west and everything it stands for. Feminists want to smash the patriarchy. They are allies because they work towards the same goal. Just as jihadists are literally willing to detonate themselves to accomplish their goal, so also feminists are also prepared to become consumable sex objects if it will further their goals of destroying the west and getting that movie deal with Harvey. So brothers, please: when you see feminists begging for a manly man to come and save them from gang rape at the hands of jihadis, which they will, because they have no self respect: don’t risk yourself for them. Your life is worth more than that.

They asked for this. They voted for this. They chose not to recognize the real rape culture for what it was and imported it, while at the same time hyperventilating in response to imagined western rape culture. They virtue-shamed and deplatformed those of us who aren’t child rape apologists.

Tell them ‘my body my choice’. Save yourself for the women that didn’t hate you in peace time and didn’t vote for this insanity.