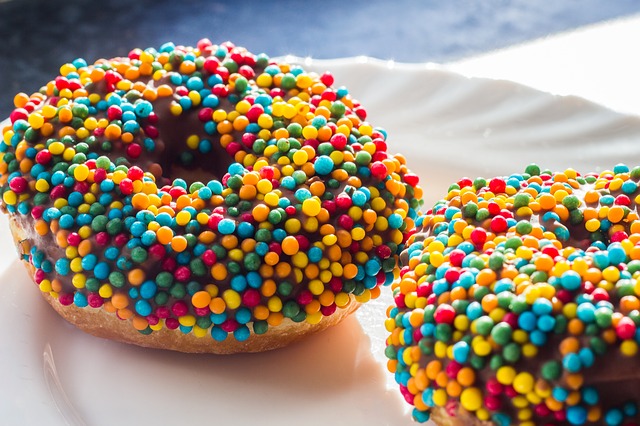 No matter what the untalented educated tell you, there is no science of addiction. It is a deceit wrapped up in layers of conceit, a fanciful wish fulfillment ‘get out of jail free card’ for the permanently lazy professional victims that multiply amongst us quicker than you can say, ‘pass me the jellied doughnut’.

The act of transforming the seven deadly sins into some type of “addiction” is a neat trick. Whereas before you were a gluttonous lazy fat pig, now you are a “victim”. Being in the victim class is big business these days. Why do you think all of the liberal progressives are on a suicidal mission to destroy their own white race? The answer is because they hate being a majority, but instead of doing us all a favor and moving to Africa they seek instead to become a minority in their own homelands. That way they can feel special too.

Or you can take up one of the other sure-fire ways to coveted victim status. Without having to touch a single person of the same sex you can declare that you are gay or bisexual, or any one of the other limitless sexual identitarian nomenclature that are flying around these days. But if you really want to climb the greasy totem poll of victimhood while at the same time indulging in a fair few of the deadly sins, why not become morbidly obese? After all, no-one’s allowed to be mean to you anymore.

That is unless you live in France.

An article in the New York Times that lacks any measure of self-awareness, describes a fat French chick who wrote a book about what it’s like to be really fat in France. The answer? It turns out that those nasty Frenchies are mean to the poor addiction victim fatties. Sacre bleu!

According to the author, one Fatty McFatface, “to be fat in France is to be a loser.” That this is apparently news shows just how far we have fallen in the Anglo-Saxon world. But it is news to us due to the fact that shaming someone is now shameful. The noble art of shaming is in danger of being lost.

Shaming is important. Shaming serves a purpose. The purpose is to help propel the object of the shaming to eventually change their unhealthy behavior. Failing that, the subject at least will hesitate to go out in public, saving the rest of us from having to be in their immediate vicinity.

“Ms. Deydier describes her reluctance to take trains or buses because of frequent derision from fellow passengers, the discomfort of being out of breath even after walking a short distance and the sense of having her eating habits watched hawkishly.”

Don’t want to take trains or buses with the rest of us? Good! And while you’re at it, stay away from planes as well.

But as for having her eating habits watched “hawkishly”, who is she trying to kid? Nobody, and I mean nobody even glances at a 330 pound woman engaged in the act of eating, let alone watches them like some sort of avian alpha predator. The sense of being watched that she feels is her self-hatred manifesting itself in every slobbering bite that she takes.

The New York Times first decries that the French are so mean, but then wonders why obesity rates in France are so much lower than the USA. According to the article, 36.5% of the US population is clinically obese. Listen to any fat activist and they will mouth such banalities as “there is a brain imbalance that causes addiction” or “nobody chooses to be abused” or some other such rubbish. Over a third of your population do not have addiction brain imbalances. What they have is a deep desire for victim status which then guarantees lifelong welfare. Don’t believe me?

“A 43-year-old disability pensioner from Melbourne’s outer suburbs is suspected of funnelling cash to an American-born senior Islamic State fighter.

“Hampton Park father Isa Kocoglu – who is on a pension because he is morbidly obese – was charged on Tuesday morning, accused of donating money to Yahya al-Bahrumi.”

Eat as much food as you want and then have the added bonus of a fixed disability pension once you pass 250 pounds! Why, you’ll have so much money that you’ll be able to help fund Islamic terror cell operations in the Middle East.

I know one way to cure people of being morbidly obese – don’t give them any money to buy food. Sure, some of them may eventually starve to death, but I doubt it. Taking money from taxpayers struggling to pay the bills and then passing it on to these wastrels is almost as obscene as seeing them without their clothes on.

But apparently there are now activists in France “trying to increase public awareness about the problems the obese face”. At the same time the obesity rates in France are on the rise. Coincidence? I think not.

Apart from cutting off the funding that enables their gluttonous lifestyle, the art of shaming is also a very important tool in the anti-fatty war kit. I have said it before and I will say it again; the act of shaming is an act of compassion. You shame people because you are upset at their behavior and you desire that they stop for their own good. Those that would enable and even encourage such behavior are pathological. It is not inclusive. It is destructive.

“Ms. Deydier described walking into a bakery in her neighborhood in Paris late one morning and, having missed breakfast, ordering two croissants.

“Before she even had time to put away her change, she recalled, the woman behind her in line said to the attendant, “One will be enough for me, thank you.”

“She spoke as if I couldn’t hear her,” Ms. Deydier said, “but I was standing right there.”

This is the art of shaming personified, and not just for the sheer shaming class exhibited by the woman in question. It is the added bonus that this fat pig still remembers it and the shaming still burns. But The New York Times is allowing her to use the shaming to get attention. This dramatically lowers the act’s effectiveness.

“Abigail Saguy, a professor of sociology at the University of California, Los Angeles, who has studied attitudes toward appearance in the United States and France, said that obesity is seen in France as a sign of being out of control.

“Even if you’re not heavy, you can receive criticism if you are eating in a way that is perceived as out of control, such as not at meal times,” she said, citing a book whose French author described with horror seeing Americans eating alone, or at any time of day.”

This is entirely correct. If you are obese, you are out of control. It is not normal and it is spectacularly unhealthy. Canadian professor Dr Jordan Peterson is famous for refusing to use entirely invented gender pronouns, partly because he understands that forced participation in collective insanity is a tried and tested tactic of totalitarian regimes. So-called fat acceptance is exactly the same thing: publicly forced participation to accept and condone self-destructive and pathological behaviors.

We must all stand against this progressive ideological hatred. And one of the best ways to do that is to shame fat people. Not only is it an act of compassion; it is also a stand against the insane left.

But remember, be like the French; be classy while you do it.