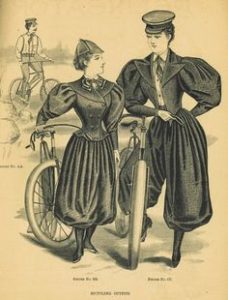 Recently I attended a meeting of the Gentleman’s Etcetera Club, a forum based in Sydney for gentlemen of all backgrounds. Membership of the forum is by invitation with the aim to have gentlemen from all parts of society represented. As such there are business owners, barristers, members of the Armed Forces, medical professionals, tradesmen, sportsmen, teachers, and even artists. What binds them together – beyond a desire for polite company, conversation, and a decent scotch – is that each prefers the physical and romantic company of other gentlemen. Or to put it another way, their genetic dice rolled left instead of right.

On the evening I venture in I meet for a meal with current Club Captain Steel Davidson. It’s hard to tell his age (mid 50s perhaps), but he strikes me as a younger, (even more) masculine version of British actor James Faulkner. It’s like having C step out of the screen while you’re watching Atomic Blonde, and inviting you to his table for a drink. Bottoms up is all I can say (the house scotch is excellent). It’s hard not to enjoy Davidson’s company – he’s cultured and articulate but refuses to take himself seriously. His immaculate dress (Burberry Traveller) and grey-flint eyes make it all that easier as well.

Eventually we get down to work and Davidson turns his mind to affairs en cours – what do I think of the Yes/No imbroglio? Sensing he expects something more substantial than a box-ticking reply, I take my time formulating an answer. ‘Well,’ I begin, but I don’t know where to go with it, and stop. ‘It’s a tricky one, isn’t it Tom?’ Davidson joins in with. ‘I mean, on the one hand the implication government has some role to play in matters of the heart quite revolts me. On the other – do I view amending the Marriage Act to provide legal coverage to ladies and gentlemen who desire to join in formal union with their own; some kind of threat to society? No, I don’t.’

‘Really, the problem for me is a philosophical one to do with politics. Although not in the way you might think. So many of the ‘Yes’ advocates are little more than illiberal thugs, throwing their ugly little intellects around for no other reason than that they can. Lock them up and throw away the key would be my preference. But no, I’m referring to the issue of political participation and responsibility. On that front there is no difference between you and me. This is Australia – we are equal under the same law when it comes to the vote.’

Which is a reasonable point, and difficult to argue with, although what we would have argued about I’m not sure. Davidson seems committed to clear thinking rather than pointless argument. Later we dance to some Robert Palmer songs, drink more scotch, before he drives me home in his immaculate 1970 Lancia Fulvia Rallye HF. I’d imagined him with a Jag, and say so, to which Davidson replies, ‘Ah, yes, well sometimes we imagine things to be one way, when in reality they are the other.’

You can read more articles by BarbariaPolitica at their website, https://barbariapolitica.wordpress.com/.