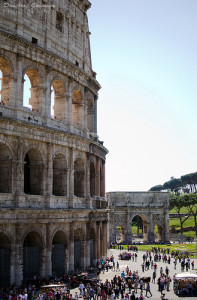 This article was initially published on March 26, 2016.

The Australian Greens have today launched a new policy, described by the Sydney Morning Herald as ‘groundbreakingly progressive’ of banning all competitive sport involving males and replacing it with the feeding of Christians to lions, tigers, and drop bears in major Australian sporting arenas. After an initial outcry over the announcement, a spokesperson for the Greens was able to placate most observers by insisting that the criteria for choosing Christians for what they have deemed ‘affirmative extermination,’ is pretty simple – ‘only the white ones.’

According to the Greens spokesperson, this policy fits perfectly within Greens philosophy:

‘First and foremost, the Greens are opposed to any form of competitive sport involving males. Such barbaric spectacles encourage aggression and physical prowess, and encourages both males and females to see these as desirable attributes for males to attain. We feel that aggression should only be encouraged in females, while physical prowess is something we are trying to eliminate from the human race, period. It also promotes competitive behaviour, leading to consistently higher levels of performance – obviously, we consider such a backward concept as barely distinguishable from fascism.

‘We find the public’s tendency to divide themselves according to the false dichotomy of Essendon vs Collingwood, or Maroons vs Blues, and to attribute characteristics to supporters of opposing clubs – such as Melbourne supporters failing the metal detector tests at the MCG, when they aren’t at Hotham, because they want to eat their meat pies with their own silverware, or Collingwood supporters having one mother but five potential fathers – as a distraction from our own efforts to herd individuals into sometimes opposing, sometimes intersectional camps, based on race, “gender”, sexual orientation, religion and (dis)ability.

‘We are also disgusted by the fact that sport is a multi-billion dollar business. Obviously, we would never try to ban women’s sport, because thankfully, it never makes any money.

‘The elimination of so many white Christians from our otherwise diverse society would benefit the environment, help improve the ratio of non-white to white Australians, and lessen the pressure on legislators to ban speech or practices which offended diverse communities. It may also entice some campus Alphabet Soup youth to venture out of their safe spaces.

‘Ultimately, such a far-sighted reform would really rub it in all our little white faces.’

The AFL has heralded the step as the first into ‘a brave new world.’  PETA have given cautious approval, but have demanded assurances that the predators used in such events will remain ‘free range.’

Prime Minister Turnbull, after initially supporting the proposal on the grounds that ‘it would help me politically,’ was forced to flip-flop after facing opposition from his back bench and minor parties, led by right wing extremist Cory Bernardi, who argued that the feeding of white Christians to lions in a public arena would constitute ‘murder.’

Labor leader Bill Shorten bemoaned this backdown from the Prime Minister, saying ‘it is a sad day when the sitting Prime Minister of this country has to obey the demands of knuckle-draggers who value the wishes of their constituency over the scientific inevitability of socialism. What this sorry farce shows us is that we, as a nation, still have a long way to go.’

A spokesperson for the opposition leader later claimed his comments had been taken out of context.