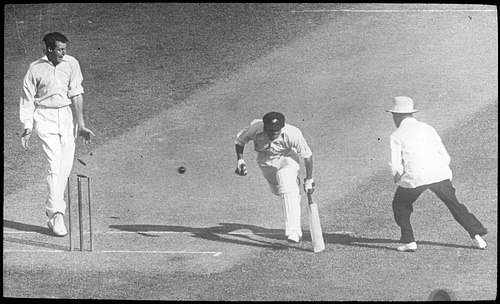 In a controversial speech yesterday at the Sydney Cricket Ground before the Swans’ systematic demolition of Essendon in the Second Elimination Final, former footballer Adam Goodes has called for the stand named after cricket great, Sir Donald Bradman, at the Adelaide Oval, to be renamed.

He went on to suggest that Don Bradman was a racist, and that glorifying the the man and his era amounted to a de facto approval of the racist policies of the era:

Update: We have even published an apology to Adam Goodes where we clear up the factual errors in this article.