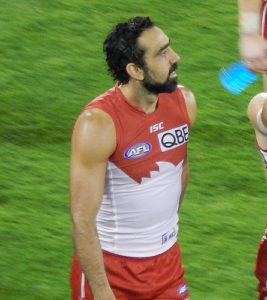 Yesterday, The XYZ published an article making reference to Adam Goodes which contained several factual errors. These factual errors, for which we are sorry, are as follows:

Both of these were misconceptions at the time, and they have been compounded since, because of the way the 1967 referendum was framed to the Australian people. You can confirm the veracity of these facts at the bastion of Cultural Marxism, SBS.

Finally, Adam Goodes did not call for the Don Bradman Stand at the Adelaide Oval to be renamed, nor did he say any of the things we said he said in the article. This joke was made for the purpose of satire. Except for the bit about “just remember whose land you’re on.” He really said that a few years ago.