I have noted several times on The XYZ since the epic political victories in 2016, that an intellectual space has opened up for those of us on the right, whether we consider ourselves conservatives, cultural libertarians, or alt- to explore ideas, free of any influence of the social conditioning the left has previously exerted. One thing which has become increasingly clear since I was involved in founding The XYZ, is that I am just one small player in an intellectual movement which is moving faster than I had ever imagined.

I have referred to this time as a period of philosophical flux; I have personally been struggling to reconcile the key contradictions between libertarianism and nationalism, and dealing with the full implications of the fact that the Soviet Union was far, far worse than Germany under National Socialism. Others at The XYZ and in the broader movement have taken things much further. One might even call this a period of philosophical chaos.

It is a crucial period, because I believe that the various factions now arrayed in opposition to Cultural Marxism are going to win. We could well live in a future where the left has been utterly defeated and delegitimised. If I am correct, the divisions between the various factions of those now opposed to the left which I have metioned – conservatives, cultural libertarians, the alt-right, and all the various subgroups within these factions – will be the key political dividions of the future.

Thus the broader the discussion, the better.

My approach, as editor, and as bit player, has always been influenced by the words of someone very wise:

How do you hold a moonbeam in your hand. Or in the words of someone equally wise: 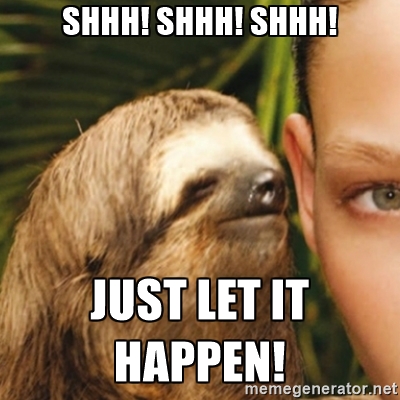 Perhaps wiser than the lot at the moment is Professor Jordan Peterson. Like many others, I have started reading his Maps of Meaning: The Architecture of Belief. It is heavy going, but the Introduction is a little easier to digest, and is very illuminating: He shows how his own intellectual journey had followed a standard trajectory from Christian to SJW in his early adulthood, before his intellectual honesty forced his to reject socialism, and many other isms, in the search for the truth.

The following quote is from the Introduction to Maps of Meaning, in which he stresses the importance of finding and listening to one’s individual voice, rather than basing one’s identity on other people’s arguments. I have highlighted key points in bold:

“At the same time, something odd was happening to my ability to converse. I had always enjoyed engaging in arguments, regardless of topic. I regarded them as a sort of game (not that this is in any way unique). Suddenly, however, I couldn’t talk – more accurately, I couldn’t stand listening to myself talk. I started to hear a “voice” inside my head, commenting on my opinions. Every time I said something, it said something – something critical. The voice employed a standard refrain, delivered in a somewhat bored and matter-of-fact tone:

“The “voice” applied such comments to almost every phrase I spoke.

“I couldn’t understand what to make of this. I knew the source of the commentary was part of me – I wasn’t schizophrenic – but this knowledge only increased my confusion. Which part, precisely, was me – the talking part, or the criticizing part? If it was the talking part, then what was the criticizing part? If it was the criticizing part – well, then: how could virtually everything I said be untrue? In my ignorance and confusion, I decided to experiment. I tried only to say things that my internal reviewer would pass unchallenged. This meant that I really had to listen to what I was saying, that I spoke much less often, and that I would frequently stop, midway through a sentence, feel embarrassed, and reformulate my thoughts. I soon noticed that I felt much less agitated and more confident when I only said things that the “voice” did not object to. This came as a definite relief. My experiment had been a success; I was the criticizing part. Nonetheless, it took me a long time to reconcile myself to the idea that almost all my thoughts weren’t real, weren’t true – or, at least, weren’t mine.

“All the things I “believed” were things I thought sounded good, admirable, respectable, courageous. They weren’t my things, however – I had stolen them. Most of them I had taken from books. Having “understood” them, abstractly, I presumed I had a right to them – presumed that I could adopt them, as if they were mine: presumed that they were me. My head was stuffed full of the ideas of others; stuffed full of arguments I could not logically refute. I did not know then that an irrefutable argument is not necessarily true, nor that the right to identify with certain ideas had to be earned.” 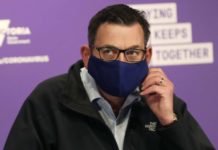 The evil of democracy 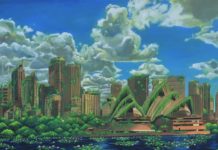