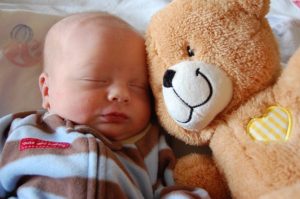 If you live in NSW and listened carefully last Thursday afternoon you may have heard the sound of sighs of relief as Dr Mehreen Faruqi’s abortion law reform bill was defeated in parliament 25 votes to 14. The bill was similar to one that was thrown out in Queensland parliament earlier in the year. It was intended to take abortion out of the crimes act entirely.

Those in favour of death probably knew the bill was doomed from the outset. Team death carefully avoided any discussion of the realities of abortion in NSW. Instead, they used the debate to dredge up stories of the bad old days – the “back alley.. the gin bottle and the coathanger”. The animal justice party’s Mark Pearson indulged in some dark homosexualist fantasies, conjuring up an ancient time when sexuality was safely separated from any life-giving consequence or responsibility. His were tall tales of legal abortion in “Greco-Roman, Judaic and Vedic” cultures. Who would have guessed that this animal loving politician (famous for being a “vegan” who was caught eating fish) would be so knowledgeable about humans too. He talked of “wise women, otherwise known as witches” who would administer special “plants and herbs” to kill unborn babies. Presumably these procedures which killed the baby were completely legal, safe and rare. Perhaps, this was because the dirty coathanger was yet to be invented. Anyway, that’s when according to Pearson, Christianity arrived and spoiled this free loving, baby killing orgy. Those Christians! They “recast (the witches) as demonic baby slayers and (had) their ancient herbal knowledge suppressed”. Really! How could those self-righteous Christians recast baby-killing-witches as demonic-baby killing-witches. To make matters worse, all this happened – according to Pearson – while the Bible was silent on the topic of abortion! I guess Pearson was in such a hurry to get back to the Sodom and Gomorrah part that he missed the “THOU SHALL NOT KILL” bit. Yes, it was a day for feminist, homosexualist mythology and unreality. It’s all there in the Hansard, along with the names of 14 politicians who will support death at any cost.

Dr Faruqi of the Greens told parliament that the bill was:

“About taking abortion out of the Crimes Act and ensuring that women and their health practitioners are not treated as criminals for performing or undergoing a medical procedure.”

That’s a nice sounding sentence which glosses over some little facts. Dr Faruqi is not a medical doctor but rather a PhD in environmental engineering. The “medical procedure” she referred to is unlike any other because it is killing an unborn baby inside it’s mother. Abortion didn’t end up in the crimes act by accident. For many years in NSW, no doctors have been treated as criminals for performing an abortion. That is, except for a couple of known cases of abortionists who showed criminal negligence for the health of the woman in their “care”. Women themselves are not treated as criminals for undergoing abortions. They may well feel lots of guilt afterwards but that is because they were involved in taking an innocent human life, not because of the law. But it seems that Dr Faruqi is not one to let the truth get in the way of a good story.

Dr Faruqi even went so far as to lament that abortion is “scarce, expensive and privatised”. This statement destroys the pretence commonly used by the pro-choice barbarians that “abortion should be legal, safe and rare”. There are about 500 abortions a week in NSW, and now Dr Faruqi would like to see a lot more and she wants you the taxpayer to pay for it. Nobody believed the “safe” part of the old “legal, safe and rare” lie anyway. We know full well that killing a baby inside its mother is never going to be safe physically or psychologically; no matter how they sterilise the coat hanger, someone’s getting very hurt. The rare part is impossible too. If Dr Faruqi is going to protect and support the industry of death then how can she take any actions to encourage women to choose life, motherhood or adoption. That would be a big conflict of interest.

In June 2016 Dr Faruqi told a town hall meeting that there’s a “huge appetite” for abortion law reform. Fortunately she was very wrong. On her Facebook account, you’ll find pictures of her wearing a purple t-shirt with the tired old slogan, “My body, My choice”. Of course it’s not just about her body. There are two bodies involved – one is the mother and the other is the baby inside. The miracles of modern ultrasound technology allow a mother to see just how real this living, moving, feeling, baby is inside.

Dr Faruqi, was born and grew up in male-dominated Pakistan and so she would know all about how little choice a women can have in a relationship. More often than not, it is men who insist that pregnancies are unwanted. It is the man who pressures the woman to terminate. Women have abortions when they feel they are left with no other choice. This ugly fact flies in the face of the feminist mythology which says abortion is supposed to empower women by giving them choice and “autonomy” over their own bodies. That is why the laws relating to abortion in NSW or anywhere are as much about protecting the mother as the they are about protecting the unborn baby. The law should give women more protection from the abortion business by mandating independent counselling and long cooling off periods.

A few of the cheerleaders for death used the debate to turn on each other as they sought someone to blame for the defeat of their precious bill. The ALP’s Walt Secord’s ideological commitment to death trumped his better judgement. In an act of gross, senile intellectual hypocrisy he declared his support for the bill and then went on to criticise Dr Faruqi’s handling of the bill, and spell out some of the reasons why it was so poisonous:

“The bill in its current form places no limit on the gestation at which an abortion can be performed and does not mandate that it must be performed by a clinician.”

Having found the gates of democracy locked, the barbarians have gone away to return with some other ideology driven scheme. The people of NSW could enjoy this Mothers Day in peace, reflecting on that beautiful reality of motherhood and the sanctity of human life.