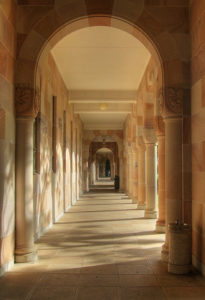 Most readers of the Hate Media would no doubt have at least a passing knowledge of Cindy Prior and the Queensland University of Technology saga. The most recent chapter in this public novel has been the announcement that Ms Prior is now to pay $200,000 in costs.

Now much has been said about Ms Prior and this article is not here to add to that conversation. Instead shall we reflect back on the Australian Human Rights Commission and our old pals, Gillian and Tim.

These were the people who were, one always assumed, responsible for resolving these sort of issues in a sensible manner, or at the very least in a manner that didn’t involve people throwing lawyers at each other. Their sensible manner instead allowed Ms Prior to gain the impression that suing people for $250,000 was a good idea.

However, as we all now know, not only was asking for $250,000 a bad idea, but it was an idea that is now costing a bonus $200,000. So rather than resolving the entire issue in some other rational manner, the AHRC on this one case alone managed to be out of touch with reality for a lazy $450,000.

Let us put that figure into a bit of perspective. Using $70,000 pa as our national average, it would take a working Australian just under six and a half years of full time work to reach this level of financial stupidity. Before tax.

Six and a half years of screwing up and that is for only the Prior/QUT case. Remind us please someone, why does the AHRC continue to exist?