One of the main things that struck me during the U.S. Election Campaign was the merciless level of trolling on Clinton and Sanders social media pages, and a virtual absence of trolling on the President elect’s social media page. Why was this so? I’m not so naive as to think that all of the posts on the official Donald Trump page, or various other Trump pages were so factual or beyond reproach that they silenced millions of left leaning Facebook trolls. Even if that were true, it wouldn’t have dissuaded them. The ideology of these people and reality are often mutually exclusive. The answer is a whole lot more simple.

Like many of you, I was fascinated by this election and the role that new media and particularly social media would play. With this in mind I liked Donald Trump’s page, along with all of the other Republican nominees. My friends on the left thought I’d lost my mind when I liked Gary Johnson, Jill Stein, Bernie Sanders, and yes, even Hillary Clinton. I’m willing to bet that more than a few of you did exactly the same thing. 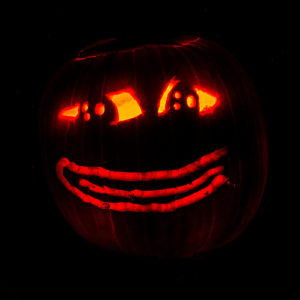 Was I crazy? Did I like most of these candidates? No. I kind of respected Sanders and Stein early on simply because they recognised that Clinton was a sinister globalist, but didn’t particularly buy into their ideology. I liked all of these people to stay informed. Millions of Trump voters in the States did exactly the same thing. And when these page administrators made silly or hypocritical claims, they were called to account and trolled mercilessly.

I remember seeing a post on the Bernie page late in the piece that read something to the effect of ‘I stand #withher’. The first commenter got in quickly with ‘because she let me ride in the private plane, and bought me a lake house in Vermont’. It was brilliant, and perhaps even came from a Bernie or Bust person rather than a Trump supporter. So the question remains, why was the Trump page sacrosanct?

If I were writing for the Guardian, I might blame a vast right-wing conspiracy by Facebook, conveniently overlooking their belief that Donald Trump should be prevented from attaining the Presidency at all costs. Being a realist however, the answer is so much more simple.

The greatest fear of anyone on the left whether on the fringes, or closer to the centre is being branded a racist. Being seen to be of virtue is far more important to them than doing anything to actually help any of the oppressed groups that they pretend to care about. It all comes down to the fact that leftists couldn’t bring themselves to like the page of Donald Trump lest their progressive peers consider them less enlightened and progressive than they are, and God forbid, RACIST.

The social media aspect of the Culture War was lost due to foolish pride. Narcissism. These people threw every marginalised group they’d sworn to protect under the bus because they didn’t want to get their hands dirty. In their warped worldview, the thought that one of their friends might say, “you liked Donald Trump on Facebook?!?! Oh my God?!?! You must be racist?!?!” was so truly horrifying to them, that they were unwilling to do what needed to be done for their side to win what was very much a social media election.

This is how full of s— these people are. They believe in their hearts that this guy is literally Hitler. That he’ll deport all non-white citizens. That he’ll reverse Roe vs. Wade and wind back feminism by 50 years. That he hates gays and will rescind gay marriage. All of this is nonsense, of course, but the point is that they all believe it, but not enough to risk offending the sensibilities of their peers and lowering their Uber-like virtue rating by simply liking a page so that they could be on the front line of the meme war.

Imagine the damage the left could have done if, like us, they hadn’t particularly cared what their friends thought about them liking a page. I was laughed at by Conservative friends for liking Bernie Sanders. I didn’t care. I listen to and watch the ABC too. Doesn’t mean I like it. Know thine enemy and all that. Leftists didn’t see any of this coming because they didn’t bother to read, ‘The Art of the Deal’ or visit Brietbart until after they’d lost.

Leftism is vanity, so even if they realise their social media handicap, they will do nothing to rectify it. By the time the next Australian state or federal election rolls around, you can be willing to bet that the One Nation, LNP, ALA, Liberal Democrat, Shooters Fishers and Farmers Party, and other conservatively-leaning Facebook political pages will remain virtually troll-free, while the pages of Sarah Hanson-Young, Bill Shorten, Nick Xenophon and others get the full election-changing Pepe treatment.

Photo by Me in ME