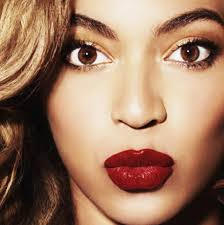 Did these men deserve to die? Of course not. But the causative factors in all of these cases simply cannot be ignored. Every one of them to a man acted in ways, while being questioned or arrested, that contributed to these tragedies. There is another thing that every single one of these Black Lives Matter martyrs seem to share in common. Every single time the parents appear before the press, it is only ever the PARENT. Or more precisely the mother. There is never a father to be seen. Why is that?

A grieving mother is fantastic P.R. No doubt about that. But do you know what’s even better P.R? A grieving mother AND father. Even the Clinton campaign realised this when they showcased Khizr Khan and his wife like Regressive Left trophies to talk about their deceased son at the DNC. You can never have too many grieving parents to elicit a media response. So why were the fathers of Michael Brown, Trayvon Martin, Eric Garner, and Oscar Grant absent at the VMAs? I’m sure Beyoncé could have easily squeezed them in the limo.

The awkward truth is that the fathers are never there, whether it’s a VMA appearance, onstage, a DNC appearance, or a CNN interview because…well…the fathers are absent. They either took off before the child was born, shortly afterwards, the mother doesn’t know who they are, or they are incarcerated. Those that aren’t incarcerated have clearly washed their hands of their responsibilities as fathers and as men. It is exactly the same awkward truth that cartoonist Bill Leak was drawn and quartered for by the left media, for highlighting as being one of the root causes of social upheaval in Australia’s remote indigenous communities.

The absence of a father-figure in any of these cases is clearly a causative factor in all of these BLM publicised fatalities, but it’s the awkward little statistic that nobody wants to address. Why has the African American family unit become increasingly destabilised and destroyed under successive progressive Democrat led welfare initiatives? How is it that so much money is poured into these communities (or at least earmarked for them) by well meaning Democrats, but nothing ever gets any better?

BLM and their enablers addressing police brutality is a little like addressing the quality of the heroin that an addict has overdosed on without even contemplating what made them go down that road in the first place, and how others might be discouraged from doing so. It’s a knee-jerk emotional response to something that could be better addressed with honest discussion about entrenched multi-generational welfare, and an ingrained victim mentality.

To play self-loathing white devil’s advocate, maybe this is entirely a racism issue. Perhaps, but unlikely. As Dinesh D’Souza correctly points out, poor Indians migrate to America to escape abject poverty, are undeniably black in hue, yet somehow statistically become more financially stable and more aspirational within a couple of generations than poverty-stricken African Americans, or poverty-stricken Caucasian Americans for that matter. If the narrative of skin colour equating with opportunity is to be believed, then by all rights Stephen Avery should be having a better quality of life than Dinesh D’Souza or Dave Chappelle.

I have met quite a lot of African Americans in my travels who don’t fit the oppressed stereotype suggested by left media. Many of them. Like D’Souza, they were either aspirational and refused to accept the dangling carrots of entrenched welfare and perennial victim status, or came from an aspirational background realising that they were born in a country of opportunity, in spite of socialist propaganda preaching otherwise.

I suspect that these people would draw many of the same conclusions in regard to the effects of welfare and a disproportionately high number of broken homes on any community, white or black. I’m certain that they’d be dismayed at the fact that their people have been so easily bought by Democrats for so little money. They just aren’t vocal about it, because any proud independent black father working hard to take care of his wife and kids would be given no quarter by regressive white leftists if he dared to speak about such things.

The regressive left (whether it’s opportunistic BLM activists or wealthy white liberals) have no genuine interest in bettering things for the black community. We now see a welfare plantation instead of a cotton plantation, and both seem equally lucrative for thoroughly repellent Cultural Marxists and their agenda. Black identity has now been distilled as compulsory poverty, compulsory criminal activity, and compulsory victim status by Democrats and others on the regressive left who have no real incentive to make the situation any better.

Pretending to rebuild black communities that have been destroyed by Regressive Left altruism has become as lucrative as pretending to rebuild sovereign nations that have been destroyed by the neo-con military industrial complex. Whether the cause is the social justice of Obama and Clinton, or the nation building of George W. and Tony Blair, war is a racket and the cities are burning. Black Lives Matter needs to address the destruction of the family unit, inexplicable pride in victimhood, an entrenched welfare dependency, glorification of criminals, and other factors ailing sections of their community before they even get to real or perceived police brutality.

It beggars belief that Beyoncé hasn’t connected the dots between her own stable nuclear family upbringing, a father who loved and supported both her and his wife, and the end result of astronomical success, and the luxury of having time to navel gaze about the oppressed without being oppressed. Perhaps we need a new hashtag: #BlackFathersMatter