On Sunday night, the Australian version of the current affairs program 60 Minutes ran an interview with incoming One Nation Senator Pauline Hanson.

Two decades ago this same program was an instrumental part of the press attack pack that used anything they could to slander and attack the then much more youthful and naïve redheaded firebrand from Queensland. 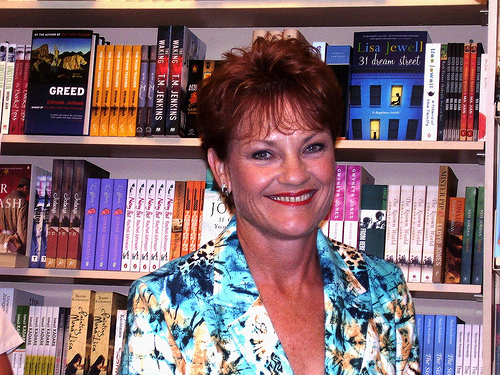 The leftist journalists of Australia, most of whom have been taught from at least university onwards to see Hanson as a reincarnation of Hitler, did not appreciate this change of tone. Neil McMahon of the Fairfax stable gave one of the calmer reviews.

“And if you viewed Sunday night’s effort side-by-side with its 1996 bookend – you can find it here – you might have been reaching for a stiff one… Twenty years on, Hanson was allowed mostly to run on unhindered…. 60 Minutes was not favoured by the comparison.”

Twitter exploded with righteous leftist indignation, how this mainstream news program dare treat Hanson as though she were some kind of human being!

One of the more amusing social media responses was from Muslim activist and perpetually whinging grievance-monger Mariam Veiszadeh who demanded to know how much Hanson was being paid for the interview. Perhaps we should ask Mariam to guess for us since she seem to be such an expert at getting fawning press coverage from sympathetic journalists.

In between the bile and hatred has come a realisation from our betters in the cultural elite: Hanson is a celebrity now, with a celebrity following. She is no longer just a woman with a funny voice from Queensland who can be relentlessly bullied as the cult of celebrity in the modern western world simply won’t allow it.

Hanson has used twenty years of hard graft to move the Overton window for us all. She has transformed all the slander, insults and threats of violence the left and the establishment have rained down upon her into arrows for her quiver. She has a shield no other right of centre political figure in Australia can match, what the press has done to Tony Abbott and Cory Bernardi can never happen to her, in part because it already has.

The loyal following she has built up amongst ordinary apolitical Aussies over the course of two decades of clawing her way back into public life means that it is now far more commercially savvy for soft media programs like 60 minutes or Sunrise to treat her seriously. And the more they do so, the greater that effect becomes.

This is why I wrote that conservatives should support her, and why XYZ writer and cartoonist Ryan Fletcher has spoken of her as a “Phenomenon”. Moreover, this is why those on the Right who criticise her miss the point.

One man on the Right who knows how to sniff the winds, both political and commercial, is Andrew Bolt. After watching Sunday’s interview his response was immediate: Pauline Hanson, after a long journey, has arrived.

Like Churchill before her, Hanson has used her time in the wilderness to become a tougher, harder and more politically-aware operator with a public profile that cannot be ignored.

If she can gain the balance of power in the upcoming Queensland State elections then the long search on the right for a standard bearer willing to stand up to the degeneration and white-anting of our society may be at an end.

We can but hope.