Today’s quote of the day goes to Australian Federal Senator David Leyonhjelm who has proposed an amendment to Australia’s Racial Discrimination Act, including the scrapping of the controversial Section 18C which allows complaints to be made on the basis of “offence”.

According to Senator Leyonhjelm,

“Offence is always taken, not given.” 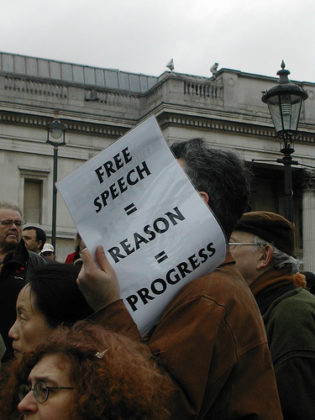 Moreover, “We’re not responsible for the feelings of other people, none of us are”, added the Senator.

“Free speech is free speech, there’s no qualification,” he stated.

Thank you, Senator Leyonhjelm. Conditional or qualified speech can never be free. Free speech exists not for the nice, easy and polite issues, but for the tough, confronting and tabooed ones we may be prone to paper over, ignore or suppress.