The Rio Olympics are over, and despite the suggestions the Australian team has underperformed, there have been some remarkable stories of success.

Whatever arbitrary medal targets our athletes have supposedly fallen short of, the fact remains that Olympic gold is incredibly hard to win. For that, the likes of Kyle Chalmers, Kim Brennan, Catherine Skinner and Chloe Esposito deserve to be recognised among the great names of Australian sport.

One champion, though, can perhaps lay greater claim to that honour than all the rest.

Through his performances both in and out of the pool, Mack Horton has indeed shown himself to be a great Aussie sporting name in the figurative sense. Aside from getting both our swimming team and our Olympic campaign more broadly off to a winning start with a memorable upset victory in the 400m freestyle, he delivered a series of very public and thoroughly deserved verbal reprimands to his Chinese archrival, convicted drug cheat Sun Yang, in the process triggering a monsoon of vitriolic fury from insecure and irrational Maoists. 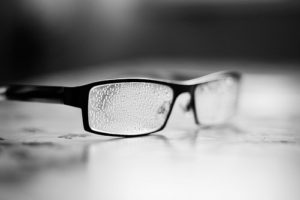 But there’s the literal sense as well. Mack Horton – what a name! Channelling the memory of late Aussie sprint legend Hec Hogan, the “Rockhampton Flyer” who thundered his way to Olympic 100m bronze on the MCG in 1956, it seems to ooze with ocker masculinity, alluding to the Superman-like strength that lurks beneath Horton’s unassuming, bespectacled Clark Kent exterior. As a representation of Australia on the world’s biggest sporting stage, it’s everything a true-blue, dinky-di patriot could hope for.

Sure, Mack may be little more than a truncated version of Mackenzie, undoubtedly one of the more unfortunate gender-neutral naming conventions to have emerged from Gen Z. But in dispensing with those superfluous syllables, Horton has simply continued the great national tradition of reinvention that has spawned some of our most memorable names. After all, it was in the guise of Chips Rafferty that John Goffage brought the iconic and laconic Australian everyman character to the silver screen, while Mr Paterson himself was just plain old Andrew before adopting Banjo, surely the most magnificent moniker ever sported by one of our own.

Yes, the name Mack Horton is as fair dinkum as they come, and while it’s one the wider world will hear too little of for the next four years, there’s every chance that Mack will be back in Tokyo in 2020 and ready to once more do us proud on the global stage – in name if in nothing else. 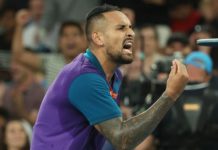 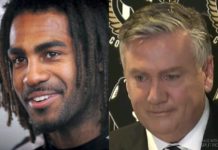