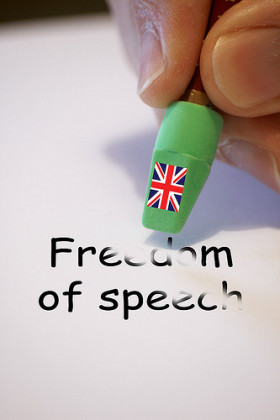 This quote from psychiatrist John Skinner sums up the censorship and speech suppression crisis we are currently seeing throughout the media and at universities.

John Cleese, one of the funniest men in the world has recently been warned not to go to most university campuses, for risk of the PC police labeling anything they deem critical as “cruel”.

Cleese’s experience is not unusual. Anyone whose opinion is deemed ‘offensive’, ‘incorrect’ or potentially ‘triggering’ finds their name on the banned list or has their lecture or performance blockaded by protesters.

A recent debate on abortion, planned for Oxford University was cancelled because protesters objected to the debate being carried out by two men.

Even feminists like Germaine Greer are not immune from university speech suppression, and comedians including Chris Rock Jerry Seinfeld have to self-censor their performances.

Comedy, for the PC police is a gravely seriously matter. It must be controlled and all spontaneity removed.

As Cleese explains, “All humor is critical. If you start to say we mustn’t, we mustn’t criticize or offend them then humor is gone. With humor goes a sense of proportion. And then as far as I’m concerned you’re living in 1984.”

There begins the Orwellian nightmare.