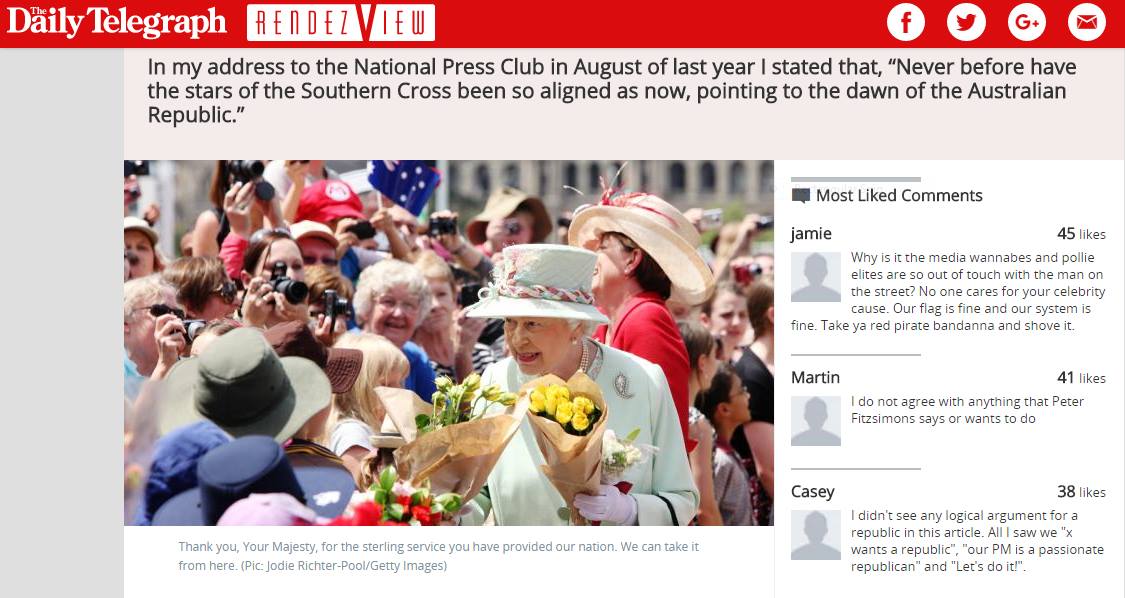 Bandanna wearing pirate wannabe Pete FitzSimons whom Tim Blair aptly describes as ‘a Republican bore,’ rained all over the Australia Day public holiday and celebrations this week with more loud-mouthed arrogance about what we all beleive and want in regards to our constitutional arrangements and head of state.

Sensing he may be looking a bit too middle-aged silly in the customary red bandanna, Pete ditched it for while, but that didn’t help him sound any less silly. Convinced that the good citizens would do what they were told and repsond with acclaim and applause to his assertion that support for ‘the Republic’ would be a ‘thumping big yes,’ Pete might not have been prepared for the comments intruding on the over-blown rhetoric that was his Daily Telegraph column this morning.

You might just be mis-judging the public as well as the head-gear Pete! Aussies have never liked a blowhard, especially not an egotistical preachy one.