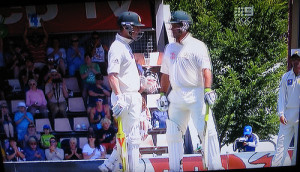 The XYZ has obtained the following transcript of a discussion the Aussie cricketers had at lunch at Bellerive today:

Boof: “There is a hint of rain about. I reckon the sooner you declare, the better.”

Smith: “But even with a bit of rain, we could finish this mob off with a couple of days to spare. Their bowling was supposed to be their strength.”

Smith: “How about we give Voges a chance to get a triple century. That is a big deal. We could declare after that?”

Voges: “To be honest mate, I don’t think it deserves a triple ton. If I am gonna get a triple, I’d rather it be against the South Africans, or in swinging conditions in England, or a dusty pitch in India. If I get a triple century here, it could be the highest score I ever make, and people are always gonna ask, “Who was it against”? And I am gonna be like, “The West Indies in Hobart.” And they’re gonna be like, “Oh. Cool…” To be honest, bugger the sake of the team. I’d rather you declare to STOP me from getting a triple century.” 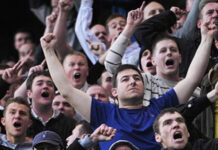 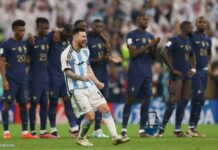 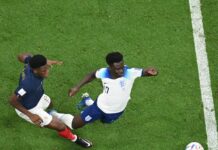