On Monday, November 23, Australian Prime Minister Malcolm Turnbull addressed the Federal Parliament expressing his condolences to and solidarity with the French people, and his determination to destroy the Islamic State. Importantly, the French Ambassador to Australia was present, and I share the Prime Minister’s sentiments, although I disagree with him on some policy positions.

Today I want to highlight what I argue is a factual error the Prime Minister is making with regard to the nature of Islam. In his effort to make the case that Islam is a peaceful religion, and that the Islamic State and their ilk misrepresent Islam when they cite it as justification for violence, Malcolm Turnbull mentioned the words of the Malaysian Prime Minister:

“Prime Minister Najib of Malaysia reminded us at the East Asia Summit that Islam teaches that to kill one innocent life is as though to kill all humanity.”

This teaching to which Turnbull and Najib refer, purportedly comes from The Koran, 5:32: 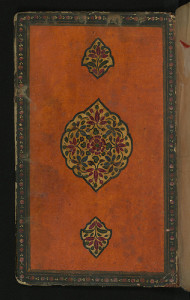 “Because of that, We decreed upon the Children of Israel that whoever kills a soul unless for a soul or for corruption [done] in the land – it is as if he had slain mankind entirely. And whoever saves one – it is as if he had saved mankind entirely. And our messengers had certainly come to them with clear proofs. Then indeed many of them, [even] after that, throughout the land, were transgressors.”

As you can see, just from reading this verse in full, the Malaysian PM has omitted significant portions of the verse from which this purported teaching comes, in a manner which completely alters the meaning.

Firstly, the words directly preceding the “teaching” indicate that it applies (applied) only to “the Children of Israel,” ie, the Jews. This verse does not make it clear that the teaching is binding on Muslims.

Secondly, and more pertinently, there are words between “whoever kills a soul,” and “it is though he has killed mankind entirely,” which turn the meaning around. Two qualifiers are given:

“Unless for a soul” – this is fair enough, the death penalty for murder is not uncommon, or unreasonable;

“Or for corruption [done] in the land.” This changes everything. This “corruption” – or mischief in other English translations – the koran speaks of refers to disbelief in or opposition to Islam. The literal interpretation of this full verse, that it is ok to kill a soul if corruption is done in the land, ie, it is ok to kill those who disobey Islam, is at the heart of the Islamic State’s belief structure and purpose. And clearly when you read the full verse, this is what the verse actually means.

This meaning is made even more clear when we read the verse (5:33) which immediately follows:

“Indeed, the penalty for those who wage war against Allah and His Messenger and strive upon earth [to cause] corruption is none but that they be killed or crucified or that their hands and feet be cut off from opposite sides or that they be exiled from the land. That is for them a disgrace in this world; and for them in the Hereafter is a great punishment,”

This verse makes it clear that the penalty for waging war upon Islam, or even for causing “corruption” is death, maiming, or exile.

Furthermore, this deception, using this verse, is not uncommon. In fact it is the most widely quoted “teaching” of Islam, by Muslims and Islamic apologists, to claim that Islamic ideology is peaceful, and that those who use Islam to justify violence are blasphemous and distorting it. But this claim is actually distorting the true, violent teaching of Islam, which explicitly instructs its followers to kill those who wage war on Islam or disobey Islam.

Crucially, we want to believe that many Muslims want nothing to do with violence or murder. But when Muslims commit violence and murder in the name of Islam, rather than trying to insist that Islam is a religion of peace which does not condone violence or murder, it would be more credible for Muslims to acknowledge the incitement to violence and murder which exists in the koran, and to work to expunge it from Islamic ideology, so that it can be truly peaceful.

Until this openness occurs, the insistence that Islamic ideology is peaceful is simply not credible.  As for government policy, we should be insisting on this greater opennes, rather than taking claims of the peacefulness of Islamic ideology at face value.