It was reported yesterday that the Western Australian Government is “planning an extensive campaign to improve the community’s understanding of Islam and Muslims.”

Western Australia’s minister for Multicultural Interests, Dr Mike Nahan, described WA as a successful multicultural community, but more needs to be done to reduce the tension.

Dr Nahan stated that “Islam is a peace-loving religion, a major part of our multicultural society, and we need to encourage and understand, and have the community understand that.”

I think WA’s plans to improve the public understanding of Islam is an excellent initiative, and perhaps the good minister could kick off the program by informing himself about the teachings of Islam?

For instance, that Islam’s understanding of ‘peace’ is most likely radically different to his own; that Islamic teaching encourages various forms of deception towards non-Islamic communities, notably, the technique know as ‘taqiyya’. Perhaps the minister should also study the leading schools of Islamic jurisprudence that demand that girl’s genitals be mutilated.

The good minister could do with also acquainting himself with the life and teaching of Islam’s prophet, Mohammed: A man who ordered the slaughter of hundreds and married a 6 year old girl.

As state schools begin to move away from traditional ‘religious education’ towards ‘comparative religion’, a comparison between the life and teachings of Mohammed and Jesus of Nazareth could be quite educative.

So all in all, I absolutely agree with Dr Nahan. Australia needs to learn more about Islam. Much more. 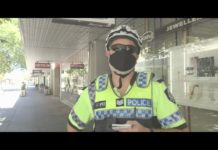 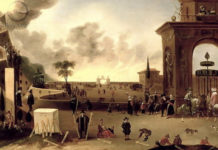