Greens Senator Sarah Hanson Young was today reportedly outraged that she had been denied a prime tweeting opportunity by the Federal Government’s callous refusal to confirm or deny the existence of an asylum seeker boat off the coast of Western Australia.

After traveling all the way to the Mediterranean in search of a suitable opportunity to live tweet a high seas incident involving asylum seekers, the Sea Patrol enthusiast was left a distressed and forlorn figure on home soil, with fully charged iphone in hand. 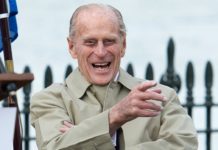