I have something I need to get off my chest. When I was four I knew where the jellybeans were kept in the top shelf of the kindergarten pantry. I put a chair on a bench so I could reach the jar and stole the red jellybeans. I never liked the black ones.

The teachers noticed that the jar was looking emptier so they asked me about it and I lied.

I’m sorry. I’m a different man to the boy I was at four. I still don’t like black jellybeans though:

NSW Premier Dominic Perrottet has admitted that he wore a black Nazi uniform with a Swastika at his 21st “fancy dress” themed birthday party.

Mr Perrottet was shaking and looked visibly emotional as he made the startling admission at a press conference on Thursday afternoon.

NSW Premier Dominic Perrottet Dressed Up As A Nazi At His 21st Birthday, lol wtf is even happening…#auspol pic.twitter.com/3ueOdvyncy

Dude that was 20 years ago. Who even cares?

He said he chose to make the public admission after a colleague called him two days ago and said they knew about the costume.

“When it was raised to me two days ago, I realised I needed to tell the truth and not someone else,” he said.

XYZ News has obtained an exclusive photo of the party. 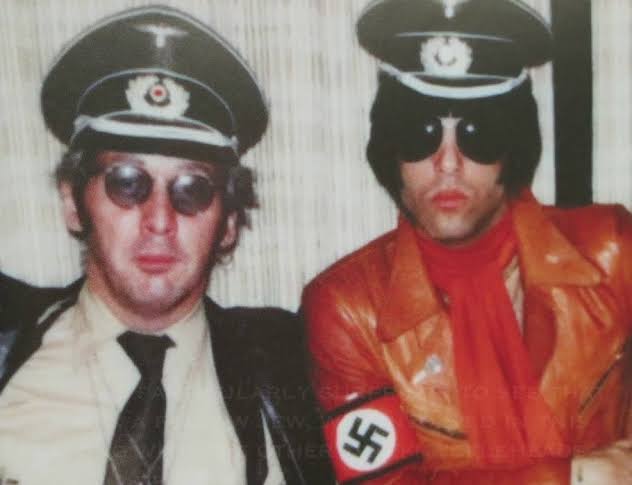 He proceeded to profusely apologised to the Jewish community across the nation and acknowledged the hurt it would have caused.

Everybody is afraid of the jews. Except this guy.

Kanye West Is Right About Jews

Dominic saw what the jews do to people and he shit his pants. He’s not prepared to lose his fortune like Kanye. He doesn’t want to get dragged through petty court battles like Thomas Sewell, so he figures he may as well grovel and hope for the best.

“I’m deeply ashamed of what I did. And I’m truly sorry for the hurt and the pain that it will cause people right across our state.

“Particularly members of the Jewish community, holocaust survivors, veterans and their families. I‘m truly sorry for that terrible mistake.”

When asked why he dressed up as a Nazi, he said “I was naive” and “didn’t understand what that represented to other people”.

“My experience in ife, I’ve become a very passionate supporter of Jewish people.”

Come on mate, at least wipe your mouth.

I’ve understood first hand and lived experiences through the people I’ve spoken to,” he said.

“Who I am today is formed by the good things I’ve done in my life, not the mistakes I’ve made.” …..

Mr Kean said the Premier still had the support of the party in the lead up to the March 25 State election and said his admission was a reminder to all the “community and this is a reminder to all of us about the atrocities that occurred”.

He advised all members of the Cabinet to visit the Sydney Jewish Museum to “recommit” themselves to ensure the events of the Holocaust do not happen again.

The fake genocide has been exploited by the jews to intimidate any White man who advocates for White interests. The logic literally goes:

“You’re advocating for your own people. This is another holocaust. Apologise or we’ll destroy you.”

It’s crazy, because everybody knows that jews control every Anglo country, as Dominic’s hilarious apology attests, but nobody is allowed to say it, even when such incidents demonstrate that jews are in charge.