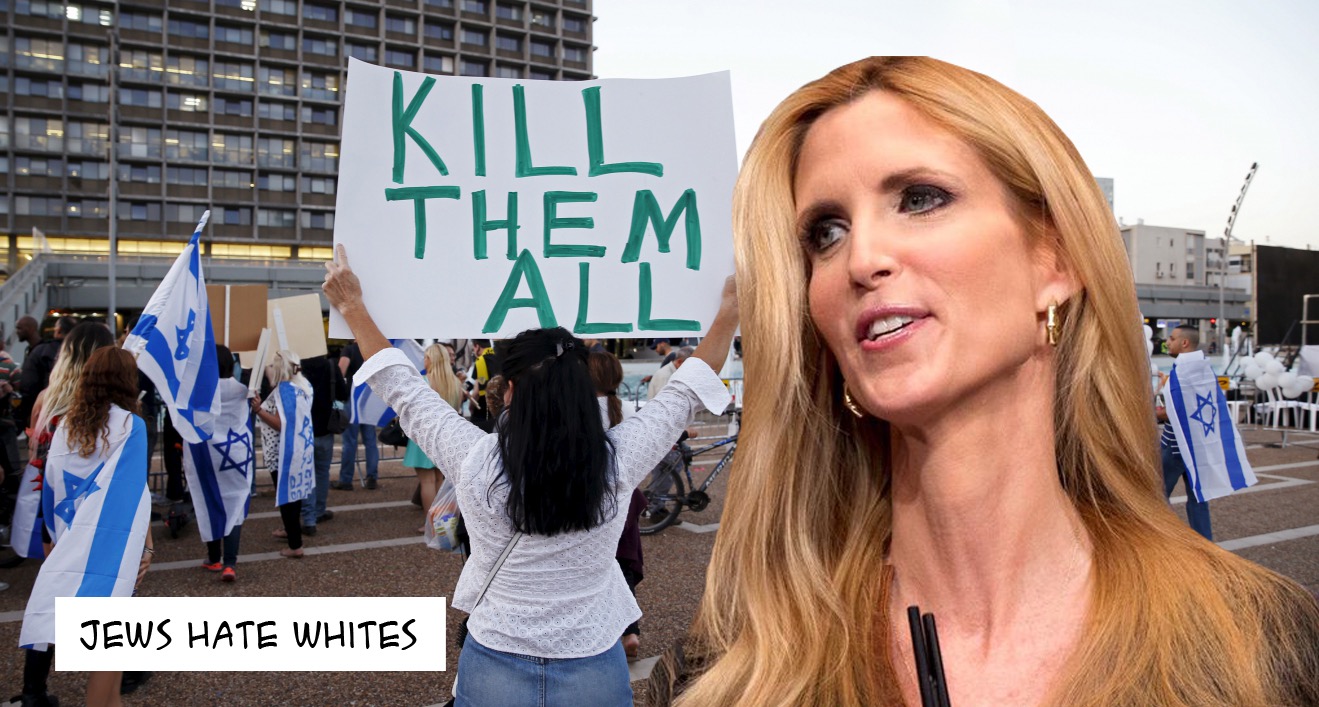 Ann Coulter, the beautiful American conservative commentator, writer, syndicated columnist, and lawyer, has yet again drawn the ire of the chicken swingers chanting for the death of Whitey. As The Forward reports:

The right-wing talking head posited that Jews and other Democratic voting blocs like LGBT people and black women actually despise one another — but unite around an implicit shared hatred for white men.

“I mean, you have the Muslims and the Jews and the various exotic sexual groups and the black church ladies with the college queers. The only thing that keeps the Democratic base together is for them to keeping focusing on, ‘No, white men are the ones keeping you down. You must hate white men.” she said on Laura Ingraham’s show. “It’s the one thing they have in common.”

I ask you dear reader, where is the lie?

Jews, who themselves assert “anti-Semitism upholds White Supremacy”, fervently believe Whites should be denied any sense of autonomy or identity (hence their quisling quackery of “Whiteness studies” which postulates that “treason to Whiteness is loyalty to humanity”.)

As I’ve pointed out in the shutting down of the Whiteness, the inborn inclination of Jews and Judaism to be “a corrosive force” (to borrow Douglas Rushkoff’s turn of phrase) to White existence is why they want Whites dead worldwide.

Hence why your humble Hitlerian hempster (who likes to draw cartoons) is listed as target in an official Executive Council of Australian Jewry report into Antisemitism (which is used as political fodder to increase the social and legal pressures involved with “hate speech” expression).

Such reports are also cited by anti-white operatives in the alphabet soup of governmental agencies to bolster counterintelligence support for far-Left guerrilla paramilitary groups, who have very intimate ties with the Jewish community.