The average Westerner is growing tired of being bullied by the Left. There has been a growing uprising of ‘extreme right-wing parties’ in countries most affected by the oppressive policies of the Left. Think protectionist Donald Trump in the US; the BREXIT vote initiated by Nigel Farage in the UK; the unexpected return to parliament of Pauline Hanson in Australia and most recently the thrashing the DMC received in Germany at the weekend. I would not call these ‘extreme right-wing’ parties; rather, ‘we’re sick of being bullied’ parties. The rise of these political parties is not unique to the aforementioned countries but is a worldwide phenomenon. Spain’s PP (Peoples Party) gained 33% of the vote against 22.6% of the PSOE (Spanish Socialist Workers Party) to reign in its excessive spending and globalist policies. Switzerland is having similar trouble. In fact, almost all left-leaning countries are suffering from the same bias from the political pendulum being pushed further and further to the left. 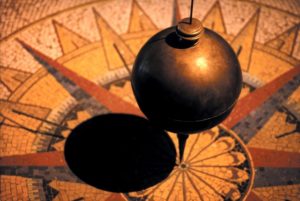 In order to have a balanced political spectrum there needs to be a pendulum effect: it goes back and forth. The policies of the day need to be able to swing only so far the left before returning to the right. This seems to have worked well for centuries, with the Magna Carta being the first swing to the left (yes, the Magna Carta was a leftists rebellion against the King of England by barons who were tired of being oppressed by their king, and it ultimately initiated the English revolution, starting the current day parliament, albeit 450 odd years after the original document was written). It has gone back and forth ever since. Charles Dickens was the ultimate activist, using the pen to change, or at least draw attention to the unfair class system in 19th century England.

Robert Menzies’ Forgotten People and the US’s ‘reds under the bed’ campaigns are examples of the pendulum swinging back to the right. Unfortunately in the last 40 years the pendulum has swung to the left and kept swinging that way, often forcibly by political elites from Marxists to Keynes to modern Australian Gillian Triggs. Any attempt to swing it back to the right has been stifled by the left-leaning media and their infiltration of our fundamental institutions. The natural course of the pendulum has been forced into an unnatural state of a hiatus on the left. This is not a natural state of affairs and the world is starting to feel it. The left has forced things in their own direction for long enough and now the right are starting to resist.

You’ll notice how the left are fighting dirty – tooth and nail – to keep the pendulum as far to the left as they can. I notice in a lot of debates I have, by the time I finish delivering a fact to counter an emotional, name-calling argument, my opponent has either blocked their ears or thrown up a straw man argument. These common tactics of the left have worked for them in the past, but now that the right has become savvy to their ruse, we are seeing the slow rightward swing of the pendulum back to neutrality.

What is remarkable about the political pendulum is that somewhere along the line it seems to have become a mirror image of what it was initially. Once upon a time the Left stood for individual liberties and freedom of speech (hence the Magna Carta). They once stood for everything the right now stands for, and the Left stand for everything the Right once stood for (think totalitarian thought control). Where is the equilibrium? The aequālis has been inverted into a position manipulated by totalitarian Leftists because currently they have it their own way and they want to keep it that way.

It’s time we set the record straight. For too long the Left have gotten away with using their tools of oppression to suffocate the free debate which is fundamental to keeping the pendulum swinging. They have muzzled free speech by branding people with opposing views as racists, islamophobes, homophobes, climate change deniers… must I go on? The average Western citizen is growing sick of it. Slowly but surely the pendulum is swinging back to the right.

The right side of the pendulum needs to keep up the good fight to make sure society progresses in the direction best for our fundamental freedoms. We notice it in Australia and the rest of the Western world with the rise of ‘we’re sick of being bullied’ parties. As much as the Left hate the fact that they can’t have their way all the time, the political pendulum is a force beyond their control, a force which balances the political spectrum in all democratic countries. Unfortunately for the Left, the weight of the political pendulum is turning against them, and name-calling, straw-man arguments and fudged scientific data will not help them.

Keep up the good fight.