Many XYZ readers may have heard rumblings over the last few days from small oil rich and Islamic nation of Brunei, in relation to the celebration of Christmas. 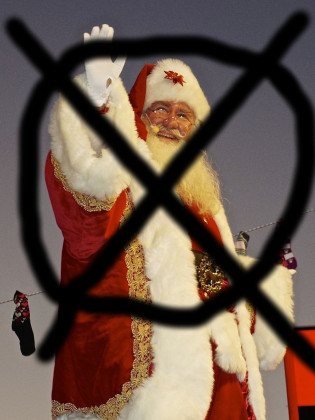 Last year, the Sultan of Brunei, one of the world’s richest men announced that he would move ahead with the introduction of sharia law, which will include bringing back those favourite Islamic penalties of limb amputation and stoning to death.

Oh, and as part of this sharia introduction, the celebration of Christmas has also been banned.

Penalties for violating the ban is a five-year jail sentence, and the government warned that Muslims would be committing an offence if they so much as wore “hats or clothes that resemble Santa Claus”.

This sharia creep in Brunei (which is also increasingly taking place in other Islamic and western nations) banning Christmas ought to be a wake up call to the apologists and appeasers of Islamism (but I am sure they will find another excuse).

Brunei leaders stated that the laws banning Christmas will be strictly enforced for fear Muslims may be led astray (read: learn the truth).

For the country which has more money than…. Well, pretty much anything else other than oil, you are hereby awarded with XYZ’s Quote of the Day, 23 December 2015.

Source: Christmas ban to be strictly enforced in Brunei after sharia law introduced