Earlier today, Prime Minister Malcolm Turnbull announced that the Australian Government will not be nominating anyone, namely former Prime Minister Kevin Rudd, for the top job at the United Nations. 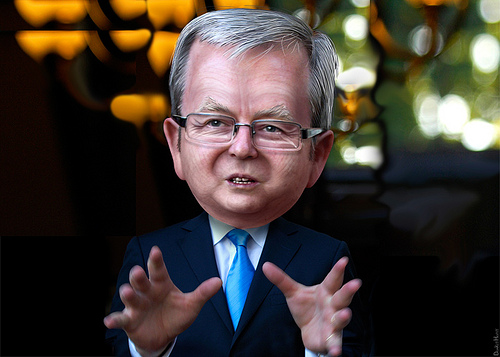 In a press conference, the PM asked:

“When the Australian Government nominates a person for a job, particularly an international job like this, the threshold question is, “Do we believe the person, the nominee, the would-be nominee is well suited for that position?'”

Answering his own question, Mr Turnbull then stated:

“My judgement is that Mr Rudd is not, and I’ve explained to him the reasons why.”

In other words, sorry Kevin, we just don’t see you that way. Especially after your megalomaniacal, power-lusting, drama-queen persona was unleashed on Australia and the world in ‘Kevin07’.

Despite the PM’s snub, one thing is for sure – we haven’t heard the last of KevUN16. The drama has only just begun.