Stan Grant’s divisive speech to the National Press Club in 2016 receives a thorough cross examination from Matty’s Modern Life in this video.

You can visit MattysModernLife at Minds.

Bigots must become extinct, or something 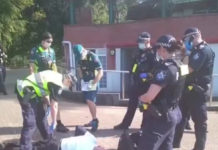