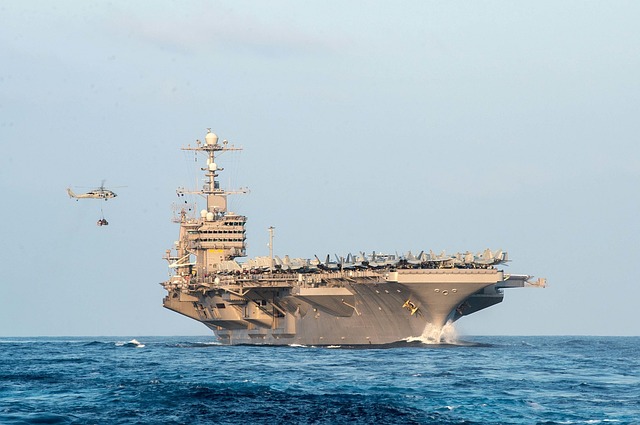 America’s wars always start with a lie. The United States entered World War I in response to the sinking of the civilian ship The Lusitania, however it was later discovered that the ship was being used to supply ordinance to support the Allied war effort against Germany. There is strong evidence that the attack on Pearl Harbour was known in advance by the US military establishment, who let it happen so as to bring the US into the war effort. The Gulf of Tonkin incident which was used to widen US involvement in Vietnam was a sham; LBJ later admitted the Navy might as have been ‘shooting at whales’. More recently, the lies of babies being thrown out of incubators in Kuwait, 9/11 being carried out by guys in caves in Afghanistan and Saddam having WMD have all been shown to be false.

This is why politicians’ lies matter, and is why many who have supported Donald Trump’s election to the White House are now furious with the decision to strike the al-Shayrat airbase in Syria with 59 Tomahawk missiles last Thursday. The strike was carried out in response to the establishment media using footage of sick and dead children to claim that Syrian President Bashar al-Assad used chemical weapons against his own people.

The claims are false, and make no sense at all. Why would Assad, who is winning his campaign against deep state-backed jihadis, use chemical weapons when he knows this would give the neocons their excuse to launch an invasion? He gains nothing. As always when trying to arrive at what might be the truth about America’s wars, we have to ask ourselves, ‘Cui bono?’ Who benefits?

Answering this question seems quite easy at first glance. On the surface, the swamp which Trump was elected to drain seems a clear beneficiary of these missile strikes. The neocon warmongers, the war profiteers and the politicians they fund, the bi-coastal Council on Foreign Relations establishment, the globalist financial elite of the big New York banks who run the global debt slave plantation – these seem to be the domestic beneficiaries of Trump’s strike. In the Middle East, the beneficiaries are clearly the jihadis of ISIS, al-Nusra, al-Qaeda and the other groups.

This interpretation of who benefits from President Trump’s decision is what is dismaying many of his most fervent supporters. The alt media which got Trump elected has lit up with dismay and infighting about whether Trump was a globalist stooge all along. Many are disheartened. When I read of the attacks, I was disheartened too. You can read my initial response to President Trump’s actions on The Daily Caller.

In my piece I drew an analogy between the imperial adventurism of recent US presidents in the Middle East and the ill-fated invasion of Persia by the Roman emperor Valerian I in the third century AD. Valerian and his forces were captured by the Persian king Shapur I, and Valerian was made into the Persian king’s footstool. The collapse in confidence this created back in the Roman empire precipitated the 50-year Crisis of the Third Century: currency collapse, economic calamity, famine, plagues and the introduction of a much more totalitarian political system to cope with the problems. It was the beginning of the end for the Western Roman Empire.

Another interpretation of President Trump’s actions is emerging, however, which may give those who don’t want to abandon Trump yet some hope. Which interpretation proves correct will depend on what happens from here.

According to this alternate explanation, President Trump is again playing 4D chess while his opponents are playing checkers. In this interpretation, the missile strike was a one-off to gain President Trump some breathing room and show America’s enemies that the cowardice and treason of the Obama administration are over. There’s a new sheriff in town. The strike also neutered the president’s domestic critics.

To be honest, I find this interpretation a stretch. The president has already informed Congress that further action in Syria is forthcoming, and anyone who thinks the establishment media and leftists generally are going to give up on trying to impeach or kill Trump are deluded. Their hatred will never cease until either they, Trump or both are destroyed. While they cheer for the war, they will turn on him over time and portray him as Bush 2.0. The Soros-funded anti-war protests that disappeared under Obama are already returning.

The Trump train then, if not derailed, has at least lost a few carriages. The fault lines among Trump’s supporters are essentially between rusted-on Republican patriots who equate the nation with the military and support the neocon agenda of global domination, and independents who supported Trump due to his promises to end foreign wars by the neoconservatives and open borders by the neoliberals. Rejecting the ‘invade then invite’ strategy of destruction from globalist puppets like Merkel and Obama has been at the heart of the nationalist, anti-establishment movement that has arisen across the West. If Trump invades Syria, he’ll fall off that wave permanently.

Leaving aside this debate about Trump’s motivations on striking Bashar al-Assad, there is a broader perspective here which makes the argument moot. This is the macro trajectory upon which the United States empire is travelling. If we step back and view events not through the lens of daily events but rather in terms of decades and centuries, the direction America is headed becomes depressingly clear.

The British-American empire, which has been in existence for around 430 years, is now approaching death. The causes and symptoms of this death are clear to those who have studied the death of empires before, and will affect us here in the province of Australia greatly. Big changes are ahead.

In my view this empire had its beginning with the defeat of the Spanish Armada by Queen Elizabeth’s navy in 1588. The core stock who founded this empire are the English, who then absorbed the Scots, Welsh and Irish into the imperial bloodstream. The imperial capital shifted from London to Washington between the First and Second World Wars, however the American administrators retained continuity with the previous imperial administration. Provinces such as Australia, Canada, South Africa and New Zealand were absorbed into the American imperium, and peripheral provinces such as Japan, South Korea, Israel and the other nations who host America’s 700+ military bases around the world were added. Reaching the zenith of its power around the year 2000, this empire has been like none before or since. It even planted a flag on the moon. It is the empire of empires.

Even if Trump manages to neuter the conflict in the Middle East and refocus on his America First agenda, another president will come along after him who will be thoroughly owned by the deep state. The global conquest agenda will resume. The swamp will wait, and its vengeance will be brutal. Imperial expansion has its own logic, its own momentum and its own incentives for those who profit from it. Barring a radical series of events which bring down the current US establishment, the trajectory of the United States will continue towards imperial suicide within a few decades at most.

The pattern of imperial decline and death is one of decadence, grinding taxation to fund a welfare state which brings in mass immigration, the subsequent demographic replacement of the race who built the empire and corruption creating perverse incentives among elites. We’ve got all of those symptoms in spades.

Historian Paul Kennedy published a theory on why this happens in his 1987 book ‘The Rise and Fall of the Great Powers’. His theory is called ‘imperial overreach’. In Kennedy’s view, it’s cheaper to gain an empire than to hold and run one. This leads all imperialists to overplay their hands and expand too far, thus causing strain and weakness over time as the costs of maintaining such hegemony become unsustainable. It’s a neat theory, but doesn’t help us understand what imperial collapse might look like in our time.

Corruption becomes terminal when ruling elites put their private interest ahead of the public interest they are meant to serve. Historian Ramsay MacMullen published ‘Corruption and the Decline of Rome’ in 1988, and outlined his theory that the Roman empire fell because corruption among the elites got out of control. There were cases, for example, of Roman governors allowing marauding barbarians to bribe them for the right to pillage their province. We can see such treachery and elite corruption in the revelations about how Hillary Clinton used the Clinton Foundation as a pay-to-play scheme for Chinese and Middle Eastern interests. Her husband’s second term was largely funded by Chinese money, which coincided with the wealth and technology of the US being transferred to China as a result of Clinton’s globalist policies. It was the fifth century all over again.

Perhaps Trump never could make America great again. 1588 or even 1776 were too long ago, and the men who built the empire are long gone. We are not of their calibre. While it is nostalgic to say that we are shadows of our former selves and have become degenerate, it is true. Just walk down our city streets and look. That’s just what luxury, ease and time do to empires. They end them.

Maybe it’s time then that we just reflect on the marvellous run we’ve had. We’re now in the final stage of a four-century-long saga in which the English became the greatest people in all of history. I know there were Scots, Welsh, Irish and other people who got grafted in to the imperial stock over time, but this empire we are now seeing the death throes of was born English. Like the Romans who absorbed the Italians in as citizens over time, we brought in neighbouring races as our empire flourished. Like the Romans too, inclusion became miscegenation became extinction. Under the emperor Caracalla in the early third century, all inhabitants of the empire became Roman citizens. This was a fatal step for the empire. By making everyone a Roman, it meant no-one was. We’ve made the same mistake.

Empires always kill themselves. We had a good run while it lasted. It probably won’t be topped by any other people for millennia to come. The whole world speaks our language. They all dress in our clothing styles, create culture based on forms developed by us, have governments run on political systems that were created by us and gather their riches using economic principles we first developed. They play games we created, and live in buildings we first imagined. Our literature has become their literature, our music their music. Perhaps that is why we have no literature and no music anymore. We have dissolved ourselves through triumph.

We have bested the Romans even. The Roman legacy continued in Western Europe for centuries, while we have bequeathed culture, science, politics and economics which will be aped and emulated by inferior peoples across the globe for as long as history carries forward. Sadly though, it is now our time to die. And like the Romans, we have chosen our grave. All things ultimately return to their origin, and we have chosen as our grave the cradle of civilisation itself: the Middle East.

Moses is the author of ‘Civilizationism: Why the West is Collapsing & How We Can Save It’. His writing also appears on The Daily Caller and Zero Hedge. He blogs at http://mosesapostaticus.com/.