Especially the bit where he blew Robert de Niro’s head off at the end.

“What do you get when you cross a mentally ill loner with a society that abandons him and treats him like trash? I’ll tell you what you get. You get what you fucking deserve!”

I’ve read and watched quite a few of the different takes going around our alt-society sphere. Nick Fuentes reckons the movie is a solid nod to the dissident right. ramzpaul thinks it has nothing to do with politics and is an expression of a dysfunctional, broken society. Molyneux talked a lot about the effects of having an abusive mother.

Everybody sees their life in this film. So did I. And I think that’s the dark and dangerous genius of this flick.

The director, producer and main actor of the film, who all incidentally and irrelevantly happen to be Jewish, have stated that the film was not intended to be at all political, and is instead a character study into decline into madness and villainy.

After the clown murder panic a few years ago and the Clown World meme of the dissident right more recently, and with a storyline that hangs on the accidental fomenting of a revolution against the rich, this movie was always intended to have a political meaning. More than just a meaning though, the film is obviously intended to achieve a political objective. It’s social engineering. The hyperventilation of the media and the adulation of the alt-media are just proof of that.

But what is the objective?

At first, I thought the film was intended to be propaganda for Antifa. The narrative arc as the movie goes along suggests that. Arthur Fleck is an anarchist. He’s a nihilist. He wants to destroy the social order. What exactly for is not made clear, because that’s where anarchists usually stop thinking and start bombing. Most of them believe that some utopian anti-order will emerge from the destruction, but even that’s usually vague and unspecified. Anarchists just want to watch the world burn. That’s the ideology of the Joker, who says he has no ideology. 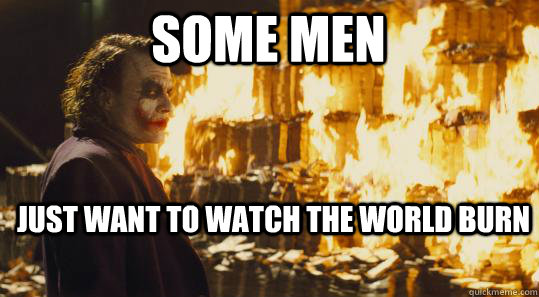 This was my first interpretation. I thought the film was intended to be a call to arms for Antifa. I wasn’t the only one.

The political message is far left

My first take was that the movie’s creators hadn’t anticipated the extent to which any sympathetic portrayal of a disaffected, alienated white man would resonate with the dissident right. I thought they’d just miscalculated.

The hysteria from the soyboy establishment media also showed that this wasn’t just an Antifa promo. The establishment left media has even taken time out from informing millennial females how to brush their armpit hair and millennial males how to avoid homophobic furniture arrangements to state how freaked out they are by this film.

The true appeal of the new “Joker” movie lies in its invidious validation of the white-male resentment that helped bring President Trump to power, writes Jeff Yang for @CNNOpinion https://t.co/WcLJUAJ7Zb

Something weird is going on. Everyone is getting riled up by this movie. And then it hit me.

That’s because the ideological purpose of this movie, the socio-political objective of it, is the ideology of Arthur Fleck. This is an anarchist movie. The creators just want to see the world burn.

And they probably think it’s funny. 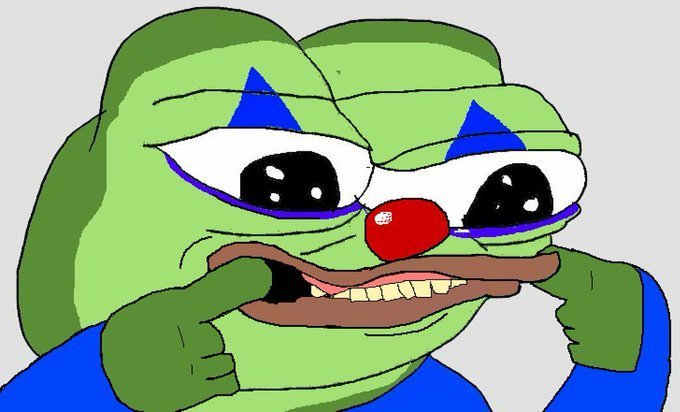 Arthur is a white everyman of the West. He is a totem for a generation coming to adulthood today who are now two generations on from the hedonistic cultural revolution of the 60s. These are the great-grandchildren of the generation who decided they would be the first to live only for themselves. I suspect Joaquin Phoenix played the role so brilliantly because Arthur’s life echoes his own. Phoenix’s Jewish mother and lapsed Catholic father joined a pedophilic fake Christian cult in the 70s called the ‘Children of God’. His older brother River, who died in front of him outside a nightclub from an overdose in 1993, spoke of being raped at age four by cult members and it was only in the 80s that the cult leaders disavowed cult texts which celebrated adult-child sexual relationships within the cult. Joaquin’s family left the cult in 1977 when he was three, and changed their name to ‘Phoenix’ to represent their rebirth. Don’t you reckon all that’d make you a bit angry at mom?

One happy family. Joaquin with his Mother Arlyn Phoenix and his Sister Summer Phoenix ❤️❤️❤️❤️❤️#JoaquinPhoenix pic.twitter.com/aTEjM1EUzz

Not if you push it deep down and use it to fuel your acting, I guess.

The pathos the audience feels for Arthur is due to his desire, right up until the end of the film, to just make people happy. This is the codependent identity his narc mother has created in him. Like all codependent identities though, it doesn’t function well for him in the real world away from the narcissistic delusions of his mother. Despite the abuse and the trauma he receives, he still wants to be a decent person and live in a decent world. He wants to be good. His complaint right up until the moment he shoots De Niro is that people aren’t decent. They lie. They make fun of others. They’re evil.

Arthur wants to live in a rules-based social order again. He wants to be able to operate in a moral world. He wants his Christian culture back, but is unable to make that change within himself due to the relentless barrage of abuse and trauma reality hits him with. Instead, he gives in to nihilism: “I don’t believe in anything”.

That’s not really true, and it’s what makes the Joker character so enigmatic. He does believe in decency and joy. He just can’t find it in the barren, unjust, materialistic society in Gotham. So he decides to burn it down.

In a sense, Arthur goes halfway to the truth and then stops. It’s true that the world, particularly the world of New York City for a middle-aged man with no money, is hell. The response though should not be to attempt to destroy it. The response is to look up, stop living for this world and start living for the next. That’s the only way to find healing. It healed me.

Revolutions are for Lucifer. The creators of this movie want to create a revolution because that is the nature of their god. We don’t need a revolution to fix our broken society. We need a resurrection.

We need to stop letting the type of men who created this movie create our world for us anymore. Tune out, turn on and drop out of the culture created by the utopian counterculture of the 60s revolution against Christian moral order. Remember who we are, and who our real Father is.

This movie is designed to activate everyone, and it achieves this not just by including scenes which will resonate with the far right (Arthur being beaten up by diversity hoodlums) and the far left (Arthur being beaten up by and then murdering Wall St jock jerks), but by being grittily realistic. Arthur’s mother is specifically indicated as having Narcissistic Personality Disorder; while sociopaths and psychopaths get more media oxygen in our culture, narcs are more prevalent and just as damaging to those around them, particularly children. By mid-movie it was apparent to me that Arthur had traits indicating Borderline Personality Disorder; he says to his social worker that, “My whole life I wasn’t sure I even existed”. Spectacular violence becomes his way to emotionally disregulate the social order, thus giving him a sense of identity which is otherwise absent. Classic BPD.

Some men just want to see the world burn.