When we win, the only debate on this issue will be over whether or not we should pay for their ticket:

Senator @PaulineHansonOz refuses to retract her comment to Mehreen Faruqi, and instead, offers to take her to the airport. pic.twitter.com/ZEztDXCtoG

Pauline Hanson was branded a “scumbag” by a fellow senator during a highly charged parliamentary debate in the wake of an incendiary tweet Hanson posted about Greens politician Mehreen Faruqi.

The Greens introduced a motion on Tuesday calling on the Senate to censure Hanson “for her divisive, anti-migrant and racist statement telling senator Faruqi to ‘piss off back to Pakistan’, which does not reflect the opinions of the Australian Senate or the Australian people”.

Labor and the Coalition amended the Greens censure push, with the major parties voting to remove Hanson’s name and her comments from the motion, instead replacing those words with a general call for respectful debate.

Immediately afterwards, in her own speech on the motion, Hanson angrily refused to retract her earlier statements and doubled down by saying she would “take [Faruqi] to the airport”.

Hanson did not apologise in her speech, instead accusing the Greens of hypocrisy and noting media reporting of alleged unprofessional conduct by senator Lidia Thorpe.

She denied she had exhibited racist behaviour, and accused the Greens of “intimidation” by branding her a racist.

“I have always fought for equality for all Australians, regardless of race,” Hanson claimed.

“Criticism is not racism.”

During the debate, she referred to her infamous claim that Australia would be “swamped by Asians”, and also claimed European migrants had formerly worn “as a badge of honour” the racial epithet ‘“wog”.

“Everyone has a right to have a say,” Hanson said.

“I will not retract what I’ve told senator Faruqi or any other Australian who’s come here for a new way of life, [who] disrespect what’s Australian to me. She can go, [as] I’ve said – I make the offer as well to take her to the airport.”

As usual, it is important to distinguish where Pauline Hanson is in error. The line “I have always fought for equality for all Australians, regardless of race,” is self contradictory. Australians are one race, we are descended from the White, Anglo, Saxon and Celtic settlers who founded Australia.

The races who were imported after World War 2 to deliberately dilute our blood are not Australian. Thus it does not matter “what’s Australian to me”, to Pauline, to Mehreen or anybody else. Australians are descended from British settlers, that is an objective fact.

In this respect Dai Le, who drapes herself in the Australian flag and apparently tells everybody how much she loves Australia, is just as bad as Mehreen who wishes she was still a Paki. 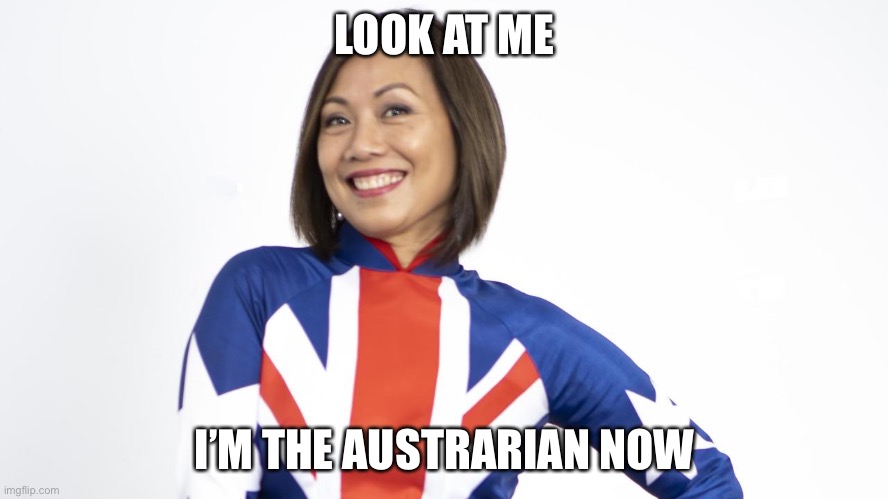 That aside, Pauline continues to trigger the right people and should be supported in an impending battle. Mehreen is taking her to the Australian Human Rights Commission, that disgusting body which should not exist.

The AHRC should be held to account by its own kangaroo court. I am advocating to literally take the AHRC to the AHRC on the grounds that in perpetuating the notion of “racism” it discriminates against White Australians.