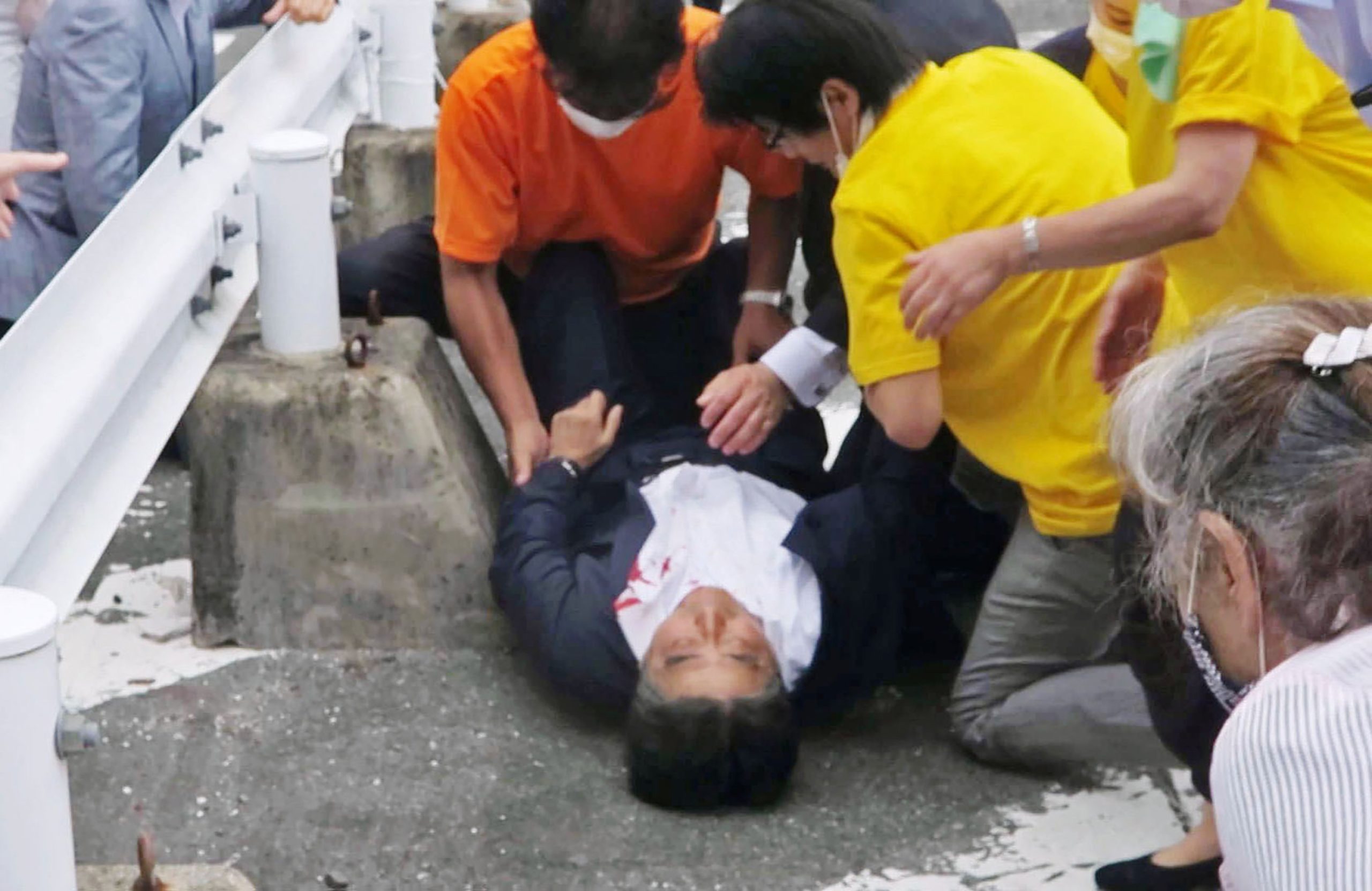 “On Japanese social media, the hashtag “We want democracy, not violence” was trending, with many social media users expressing their horror and disgust about the incident.”

I hate this kind of social rhetoric, it’s very feminine and full of fantasy and delusion. Democracy IS violence. The enforcement of majority rule by a state armed to enforce laws?

It’s so frustrating when people of this modern idiot world say bullshit like “violence is wrong”, “there’s no room for violence”. Firstly, there are myriad situations in which violence is not only justified, but further is noble and GOOD. Secondly, where there’s a state, elections, democracy, government, a parliament, a police force or military, there is violence. Can you think of a place on planet Earth that is NOT subject to these forces? Is there a land anywhere upon which if you do not obey the local laws, you will not be violently collected and deposited in a cage, or put on trial under duress? You don’t get to opt out of law enforcement just because you’re a pacifist. That’s violence for you: the shot is called by the one with the greater capacity.

I don’t know the motivations of Abe’s assassin, nor do I know much about Abe himself, but this I can tell you with certainty: Abe had plenty of blood on his hands too. You cannot be a Prime Minister in the globalist regime of today without being a killer. They are all killers. If Abe was a puppet or partner of Israel, as some of what I’ve read and shared today suggests, then he may have more blood on his hands than we know.

I’m not endorsing or encouraging this kind of political action at all, but I am encouraging folks to be rationally honest about the prevalence and dominance of violence in the world, and stop pretending things are going to change without extreme and in some cases MASS violence in the decades ahead.

If you’re waiting for a pacifistic world to spontaneously emerge without you personally being equipped to FIGHT for it, you might just end up in a gulag or mass grave before the end of your days.

Embrace the concept of noble violence, become very good at it, and avoid using it at all costs. Believe me, you’ll be a very popular man in your neighbourhood if you are strong, brave, and capable of great violence, but also good, just, and merciful where it is possible to be so.

Musashi Miyamoto said that the sharpest sword stays in its sheath. This is generally true with one exception: the sharpest sword stays sheathed until some fool messes with its master, and then in a flash, the sword is out, the fool is dead, and the sword is sheathed again. This is the true Japanese wisdom on violence. Ignore the kvetching of modern retards who think a non-violent utopia will come if only they comply hard enough with the state. They are probably infertile now anyway, and have likely poisoned their children with experimental state-mandated (via violence) infertility drugs, and their slipshod, half-baked, NPC-level child thinking on politics is utterly irrelevant to the future.

Only the sharp swords have a say in the future. How sharp is yours?