Just to recap my impression following closing statements for the Johnny Depp vs Amber Heard trial last week it appears Amber got what she deserved:

FOX News host and political commentator Tomi Lahren has characterised the findings from the jury to be a “big victory in the battle against cancel culture”.

The devotees of cancel culture who consider Amber getting Thot Patrolled an affront to “believe all women” have naturally been REEEEEEing at the verdict.

At the moment Amber Heard’s name is now something to be invoked when repudiating the forensically implausible claims espoused in a woke waman’s testimony (i.e. “I trust that waman about as much as I trust Amber Heard”).

As was reported by the liberal media “The jury was comprised of three Asian men, two white men, a Black woman, and an Asian woman. The two alternates included a white woman and an Asian man.”

Make of that fact what you will in determining whether Amber Heard fans have their faculties intact. 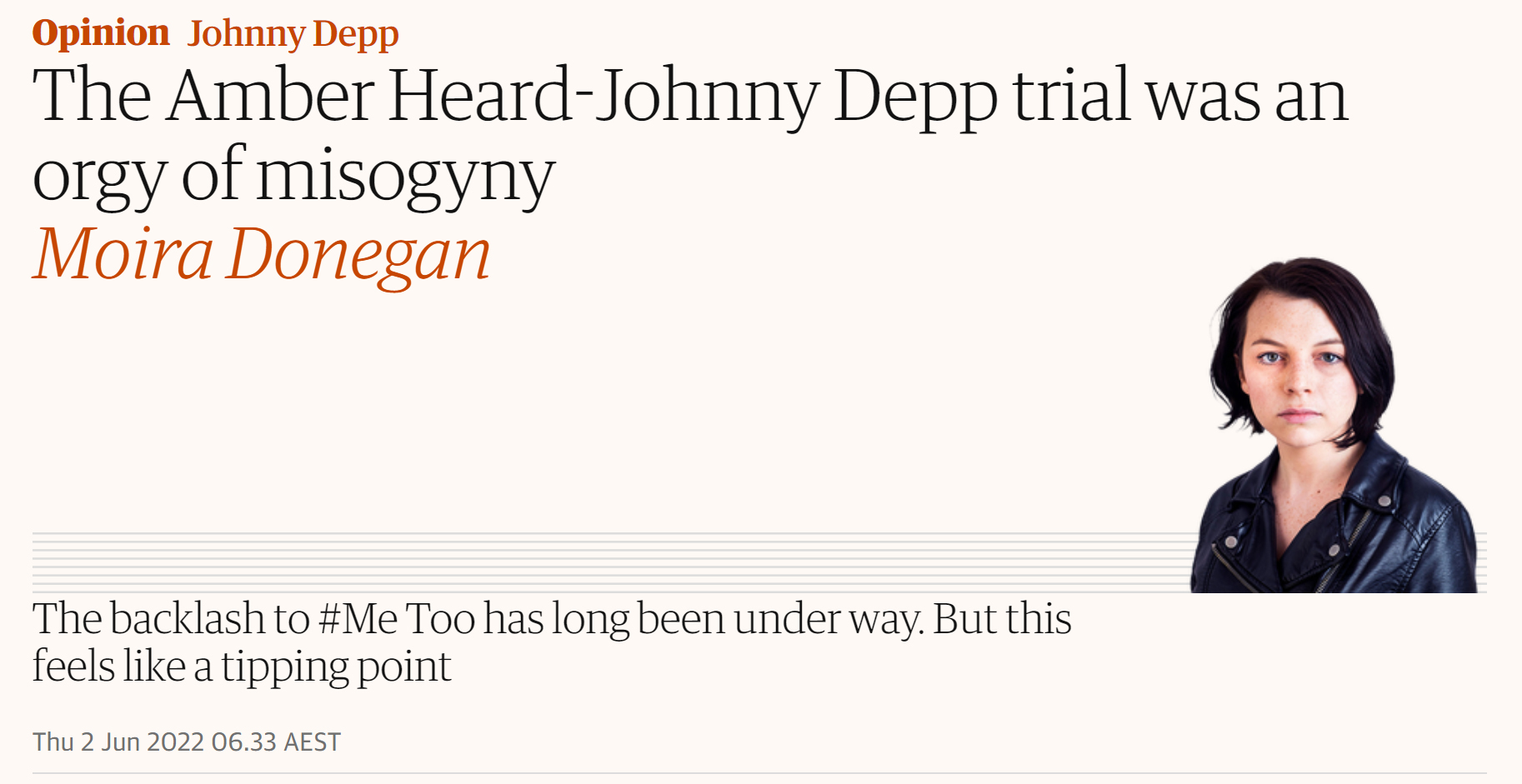 Firstly as a disclaimer Moira Donegan is potentially facing a costly lawsuit over her “Shitty Media Men” spreadsheet pertaining to the Me Too movement.

In my opinion Amber Heard isn’t totally to blame for her defamatory statements. She is a product of the pretentiousness, perversity and fraud of kosher Hollywood. Her borderline personality disorder diagnosis and pathological desire to climb the social hierarchy in that sort of environment is a testament to the sorts of “tricks” you have to pull in hope of getting ahead.