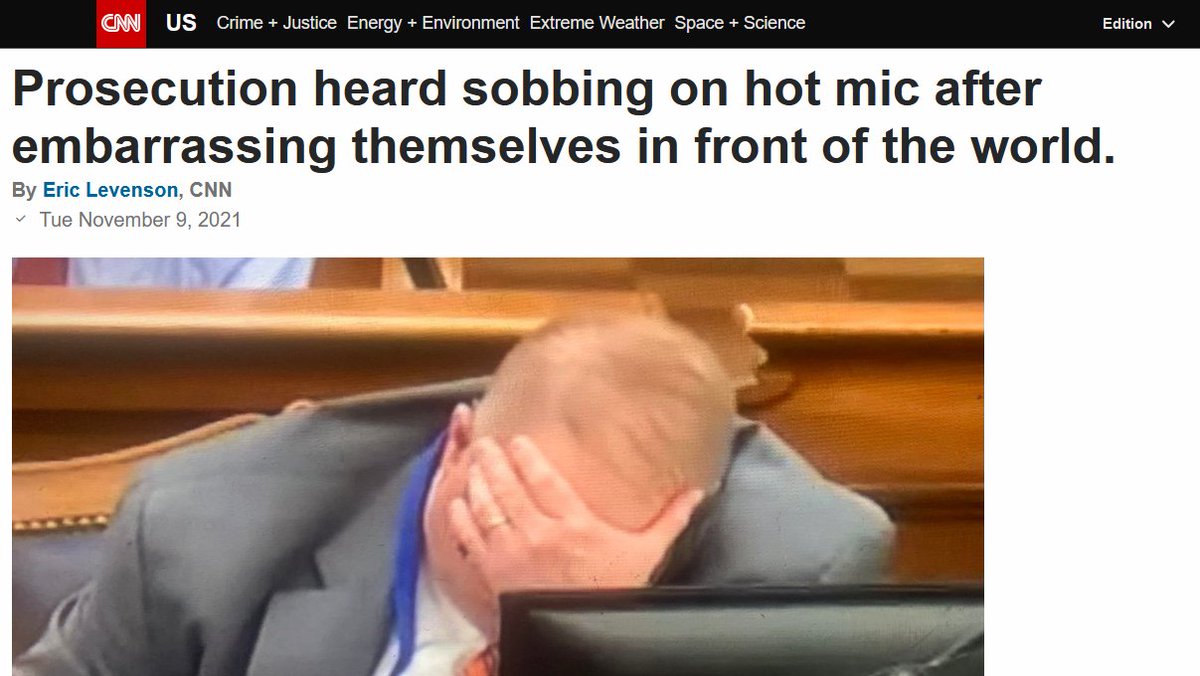 I’ve watched some of the US MSM coverage of the Rittenhouse trial and verdict. They saw they were losing all along (and yes, the media were also on trial because of their lies being illuminated in the court room by all witnesses and with indisputable material evidence), and so I noticed they started repeating the buzz phrase “in the court of public opinion” as some overruling principle to counter the court findings.

As we can all see now “public opinion” is nothing more than a propaganda campaign by the big media companies. CNN, the greatest offender in the USA, is literally controlled by Pfizer. Don’t believe me? Just watch the opening stings of all their primetime shows. “Brought to you by Pfizer.”

Pfizer as an organisation has done more harm to human beings than all the “active shooters” put together. CNN has plenty of blood on its hands too. The very riots which destroyed blocks of Kenosha, for which Kyle was there to act as a volunteer defender and repairer, were caused by CNN and their ilk in the lying media.

The MSM want Kyle Rittenhouse in jail for life, not because they care one way or the other about him, but because he is their current symbol of White America, just as George Floyd was their martyr symbol for Black America.

These demonic anti-christs use technology like mass media to control the minds of the people. We all see that now. They basically own the Boomer generation completely, with a tiny number of free minds remaining in that demographic. They use drugs to weaken, make dependent, or even kill the people. They see themselves as the “court of public opinion”, and yet they are completely out of touch with real life, real communities, real people. They are a narrative OUTPUT pipe, and a powerful one. Powerful enough to broadcast the “big lie” against which another demonised European leader once warned. They spin; they don’t report. They have no respect for law, for truth, for the Christian foundation of Western Civilisation itself, nor for the Europeans who have effectively been the greatest light the world has ever seen, spreading the Gospel to the whole globe, as commanded by God. Our enemies HATE God, they HATE Europeans and our blood, they HATE the family and all Christian social mores, and they are the true mass murderers.

But the Truth makes them cower. 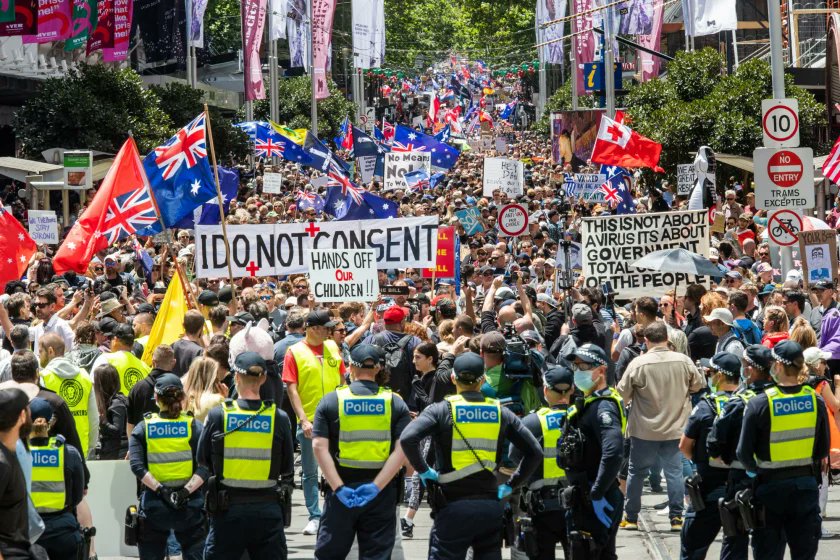 Praise God, and love thy neighbour, because despite the Goliath-like size of enemy’s power base, half a million Australians hit the streets yesterday to let it be known WE WILL NOT COMPLY WITH MASS MURDERERS. These are the biggest protests in Australia’s history, and they are EVERYWHERE. Not just in the capitals and major cities either. I attended a small local rural gathering for the same purpose. The parallel society is growing FAST, and we all genuinely care about each other’s interests. We are networked and connected for instantaneous communication worldwide. We have power too, a different kind of power, and we are fighting back.

I now personally know at least a dozen people who got one jab under coercion, had a horrific side-effect which they believe to be permanent, and are now on our side. I’ve heard of many more. The fools running this genocide are going to kill all their strongest supporters, leaving only the Purebloods and the vaccine injured behind to witness against them. In fact, we intend to overthrow them, and then hold every individual among them (from Presidents down to General Practice Receptionists) as accountable as Kyle was held. And if they are found guilty, the punishment will be proportionate to the crime. Sadly, there is no punishment severe enough for people like Anthony Fauci, Kerry Chant, Dan Andrews and the many others who have used their power to hurt and kill so many people, but I’m sure the people will make do with what is available.

God has the ultimate justice in His hand for their eternal souls.

We are the Light of the World, and we won’t stop until every shadowy corner of satanic stronghold is illuminated, in JESUS CHRIST’S NAME!