Listen, China is going to secure and reunify Taiwan into central mainland control. There’s no doubting this, and the West is not going to be able, or have the collective will, to intervene and risk war with China. It’s not going to happen.

It’s also important to understand that around 1.3 billion Chinese people have an entirely different perspective on Taiwan, believing the democratic secessionist movement to be a covert foreign intervention against Chinese interests, and not at all an organic people’s movement. Many of those Chinese people who believe this are in Taiwan.

All territorial claims are ultimately decided by the greatest will to power, coupled with the greatest capacity for violence and military might. This is the nature of all territorial campaigns for occupation, reclamation, or defense. And everybody knows that China has the superior military technology, training, and BELIEF of the troops in their Nation.

They likely also have much more talented and competent leadership in their military divisions, as we watch officers in the West doing their best to make the armed forces all about degenerate virtue signalling, and not at all about defense of our Nation.

Nobody wants to go to war with China, because they’d lose. Simple as that. And even if some maverick Trotskyite shysters in the institutions of the West (which have been infiltrated by the Globalist Marxists who are trying to turn the West into a communist utopia where everyone is centrally controlled and medicated as slaves) try to push the button and generate that war… where will they get troops? We’re busy injecting ourselves with experimental drugs because the government told us to, and we’re not allowed to shop without our papers, and we’re about to tear ourselves apart, because the TV is driving us to.

China is rising because it deals more in material facts than in rhetoric when it comes to military matters. The Western forces are having a drag party, while China is proceeding to consolidated its historic Empire in the East, and rapidly develop its new Imperial Dominions in the (African) South.

The White Empires, primarily Britain, France, and Germany, have all taken the White Guilt pill and spent so long believing themselves terribly evil for conquering the world, and for being White, because of some Marxist program installed in us through the mass media (of all kinds). We’ve started inviting massive numbers of non-Whites to live in our lands, and feel more and more absolution of the sins of our fathers as we watch those foreign bloodlines increase, and ours decrease, because we are too depressed and guilty of our own existence to breed properly. We’ve lost the will to continue as a race, let alone as whatever shadow is left of our Empires.

And while all this decay and diminution occurred in the hearts and generations of the Western Man, the Eastern Man, the Chinaman, has been finding meaning and contentment under the rule of a Nationalist giant, President Xi. I’m not here to discuss whether the CCP is good or evil, that is a largely rhetorical discussion, and a matter of opinion and multiple plausible narratives. But we can judge in the realm of truth, even without perfect knowledge of the extent of the morality of the Chinese Communist Party regime. What we can say is this: Xi’s China is winning. His governance is effective.

I know people who live in middle-class China, and their middle class is doing great under the centrally-governed nationalist, socialist order. I’ve been to China myself, and seen a lot more freedom for entrepreneurial or even straight up hustling workers in the streets and markets. Chinese people just throw up tables on corners and start selling. They tie huge piles of rubbish and recyclables under nets on the backs of tiny motor-scooters and furiously drive them on main roads, to deliver the waste to the appropriate places and receive cash rewards. In Australia, and other Western countries, your kid can’t open a lemonade stand without needing council permits, food and beverage licensing, and the pre-emptive mandated installation of additional parking bays to ease congestion.

I’m sure life in China under CCP rule is not peachy for everybody. And I’m sure they have stricter laws and less personal freedoms than we have grown accustomed to in the West (include the liberties that hurt us). Whatever you judge the right or wrong of it; the fact remains that China is a rising economic giant, and no Australians are going to sign up to fight a foreign army we can’t beat, whilst we live under oppressive internal tyranny ourselves. 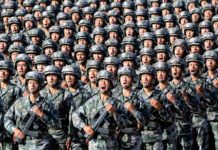 Why is China being pushed as the single greatest threat to the West? 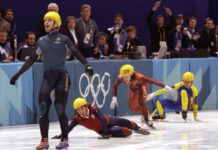