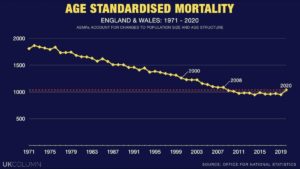 There is no pandemic. The illusion is created by deliberate statistical manipulation by the World Health Organisation and the governments of the world who accept this globalist cabal’s fake science over their own best and most honest scientific practitioners.

Most folks can’t be bothered reading about science and statistics. They want their worldview delivered to them in a soundbite by a handsome anchorperson. They make their decisions based on social cues and pressure. They refuse to think for themselves. Not good enough, if you want to survive this storm.

One quote from the WHO official guidelines to medical practitioners (but please, open and patiently read that whole article, and don’t be afraid to open the linked sources if you’re sceptical):

“A death due to COVID-19 is defined for surveillance purposes as a death resulting from a clinically compatible illness, in a probable or confirmed COVID-19 case, unless there is a clear alternative cause of death that cannot be related to COVID disease (e.g. trauma). There should be no period of complete recovery from COVID-19 between illness and death. A death due to COVID-19 may not be attributed to another disease (e.g. cancer).”

The facts are clear in this well-composed analysis. Check out the other material on that website. Legitimate experts who take their commitment to truth (the mission of science) seriously, and don’t simply tow the political party line.

What this seems to be is an optics pandemic, concocted by devious spin doctors and wicked false-healers, in order to create enough fear to impose totalitarian mandates upon the whole world.

What will free us from the lockdowns? What will allow us to take off the masks? What will stop the spread of this plague of death??

Enter a rushed, non-FDA approved NOT-vaccine, which has terrifyingly high adverse reaction rates, including some pretty horrific maiming and LOTS of deaths. And it doesn’t even stop you from contracting Covid19.

Now we see America reporting hundreds more Covid deaths. Of fully vaccinated people! So the vaccine doesn’t help the individual at all, and puts them at even greater risk of death or disablement, but they are using this “deadly delta strain” narrative, backed by the WHO’s utterly corrupt and criminal recategorisation and statistical manipulation efforts (PLEASE read that whole linked article), to impose heavier and lengthier restrictions on our freedoms, instantly destroying our economies (yes, they are cactus… just wait until all that welfare “money” that came out of thin air comes home to roost) and gutting small business and the middle class.

Depression is soaring. Don’t worry, Pfizer has a pill for that and apparently its selling like hotcakes this year! Suicide is at an all time high. They don’t mind though, that makes it easier for them if you just off yourself. Especially if they can pin Covid19 on your death certificate and make you a statistic supporting their deceitful narrative. So many people are turning to government welfare, because their government has destroyed their business. I’ve personally lost 10s of thousands of dollars of work as a professional musician, and the government will not reimburse me. My family is struggling, not because I don’t have value to offer in order to earn, but because I am not ALLOWED to offer it, because bureaucrats and scale-fingering PhDs said so. And because everyone is willingly obeying (the real problem).

Their welfare offered is pittance, and its also kicking the economic can down the road, because the government has no money; only debt.

Expect increased taxes, and a huge transfer of the middle class below the poverty line. The two-tiered society is what they want. The middle-class built western civilisation. Without it, our nations will be reduced to tinpot dictatorships with just two classes: the slaves, and the masters.

They want 100% vaccination, because they don’t want a control group to prove that it’s the vaccine killing and sterilising people, and not covid19.

This looks to the reasonable and informed mind like the greatest and most evil and widespread deception EVER put upon humanity. When we begin to see the true fallout of this fake vaccine scandal, they will push even harder to make us believe that its caused by this “invisible enemy”, and not, in fact, by the states, the globalist cabal, and all its demonic, protected criminal corporations.

Meanwhile, Pfizer, who was found guilty of criminal fraud in 2009 and charged 2.9 BILLION dollars in fines, is making a sweet profit from all their vaccines.

Newcomer AstraZeneca is taking the money and running; they’re already planning to withdraw from the business of “vaccine” production.

The government’s made these poison-makers specially exempt from the consequences they know are coming, which is mass depopulation over two or three generations. That is to say, if you are killed or maimed or sterilised or permanently crippled by one of these jabs, the government and the companies who made the poison are NOT LEGALLY LIABLE. So they’ve made murder legal, for big pharma and themselves.

Were the people ever consulted? Were our local representatives in government even allowed to vote? No, and no. Democracy is over, because “emergency”.

Our governments, almost ALL of them, have betrayed the human race. We now see the bitter fruit of a centuries-old scheme for total world domination by a wicked, tiny elite ruling class who see us as livestock, and now want to cull us so they can manage us more easily.

You grew up being told Hitler was the greatest enemy of decent, moral humanity. I’m telling you that any crimes he was guilty of pale in comparison to what is happening right now, worldwide. And who was Hitler’s greatest enemy?

Who is behind all of our governments who are pushing this attempted genocide upon us?

Those of us who will not succumb to this vicious cult of death, even with all the social, political, and military pressure and fear tactics they are applying, have a moral obligation to our children, and their children, and to our nations at large, to STOP this evil, and hold everyone involved to harsh, just account.

Don’t recognise the right of your rulers to murder you and enslave your children.

There is no legal solution. Stop looking at the constitution. Those founding documents of our nations have already been subverted, inverted, and discarded. None of what is happening is legal. But they won’t give you a chance to contest it in court, unless we force them to.

Mass mobilisation of the people is the only solution to the nightmare they are installing over our once great nations. 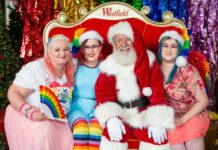 How to protest effectively