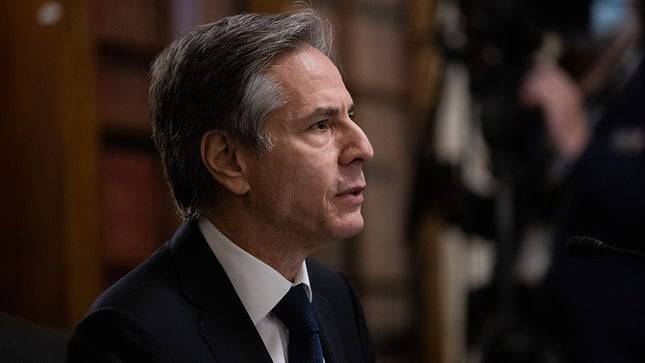 An Israeli-led coalition of the United States, Romania and the United Kingdom are pushing the world to mobilize against Iran.

Yesterday, Secretary of State Antony Blinken took to the United Nations Security Council to demand global action to hold Iran “accountable” for the July 29th sinking of an Israeli-owned vessel captained by a Romanian citizen in the North Arabian Sea. Two people died in the supposed drone attack.

Blinken, who presents as a moderate but holds Jewish extremist views on Iran, did not provide any evidence for the claim. While many hoped the Biden administration would restore the nuclear deal, US policy towards Iran is in practice just as hostile as the campaign run by Zionists in Trump’s cabinet.

Ebrahim Raisi, Iran’s new president, has adamantly denied any role in the attack on the Mercer Street tanker. Representatives for Tehran have openly accused Israeli intelligence of deliberately sabotaging the ship. Last May, Iran warned the UN that Israel was orchestrating attacks on ships in the Persian Gulf to frame them in order to subvert their diplomatic interests, especially the restoration of the nuclear deal with the US.

A number of American commentators have pointed out the inconsistencies in US/Israeli claims about the Mercer Street. One columnist, conservative icon Pat Buchanan, compared the attack to the infamous “Gulf of Tonkin” false flag that served as a catalyst for the Vietnam War.

Foreign policy analyst Philip Giraldi has reiterated Buchanan’s sentiment. It is not in Iran’s interest to attack the Mercer Street, an empty, civilian, Liberian flagged (albeit Israeli owned) ship in international waters. The new administration in Tehran has shown eagerness to get the sanctions lifted on their country, and they know they would be blamed for such an incident. Giraldi and Buchanan both suggest that whoever did attack the ship — likely Israel — has a vested interest in thwarting a new nuclear deal and isolating Iran even further.

Meanwhile, US and British Special Forces have been dispatched to Yemen to find the supposed drone operators they say are responsible. No public statements by the Pentagon or US government have made any mention of a link to Yemen, but information about the operation was leaked to British tabloid Express, which has typically been an unreliable news source.

At the same time, there is a lot of movement happening on the intelligence front. CIA Director William Burns is expected to arrive in Israel today to meet with Mossad’s head David Barnea. The purpose is to discuss the incident and Iran. This is a bad sign for the Iranians.

The amount of noise being made by Blinken and Israeli Prime Minister Naftali Bennett, who has threatened full blown war against Iran over the suspicious incident, suggests that a direct confrontation could be approaching.

The real trigger appears to be the election of Raisi, who the New York Times has dubbed a “hardliner.” With starvation sanctions failing to move the Iranian people, Zionists in Washington and Israel are running out of patience with one of the only states in the world willing to directly confront world Jewry.