Last year the government had to back down on its intent to make the fake vaccine for the deliberately unleashed coronavirus “as mandatory as we can make it” after a public backlash made it clear this was untenable.

Naturally, the government changed tack, outsourcing the role of mandating the fake vaccine to the private sector, which can deny services to people who have not had the jab because they’re a private company.

Now that the population has been put through a year of gaslighting, the Regime appears to believe the public may be more amenable to a mandatory vaccine, so it has tasked its trained dogs in the Lying Press with softening up the masses:

The journalists discuss the potential for the government to issue a No Jab, No Jobkeeper or Jobseeker policy, while running the usual talking points about how Facebook should ban vaccine “deniers” and how we’re all crazy or something.

The video is rightly getting slammed on Telegram where it has gone viral. Mel Ann, whom you can also find at Twitter has this to say on this tripe:

Any attempts of mandating an experiment or any medical procedure for that matter is a crime against humanity.

The coercive suggestions of ‘No Jab, No Travel, job seeker’ etc is nothing short of coercion.

It’s a crime against humanity and it needs to stop.

ANYONE pushing this experiment onto the general public wanting to implement this coercive policy are nothing short of terrorists.

That’s right. You heard me.

That goes for you lot above, you paid propaganda pushing puppets.

Matty’s Modern Life has his own take:

If the state are going to refuse access to tax funded services for not complying, then those who refuse to take the vaccine don’t have to pay taxes anymore.

Why should we? Taxation is levied by force, therefore this would be violent coercion that can only be met with outright resistance and disobedience.

Calling people “crazy” for not taking it is typical of the jew media, who want to kill all white people.

Forcing this poison on the population would be a direct act of violent aggression from an already illegitimate and corrupt government.

Anyone who takes the vaccine is essentially a collaborator with Satan at this point.

Telegram is the place to go for information which falls outside The Narrative allowed by the Lying Press. There are plenty of excellent channels there whether you are looking for nationalist or natsoc content or the truth about the coronavirus.

Simply remember, they can always take it off you, so focus on building physical networks. 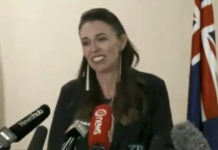 Body Language does not lie 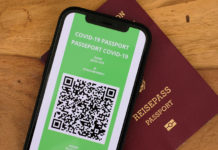