Never launch an enquiry without first knowing the conclusion you intend to be reached by the enquiry.

Naturally, an enquiry by the Chinese dominated World Health Organisation into the origins of the coronavirus in China concluded that it did not originate in a lab there or even a bat. The hunt is now underway, apparently, for ‘animal zero’, the real culprit, and it could be anywhere in the world.

None of this matters any more. “Western” “Liberals” point to the Chinese government’s totalitarian treatment of its people and its mistreatment of minorities as evidence that it is bad.

The governments of the West are infinitely worse.

In the West, an unofficial “social credit score” exists by means of a vaguely defined and ever expanding list of things you must not think, say or do. If you transgress these constantly changing boundaries your ability to work, travel and buy food are severely reduced, every person you know is weaponised against you, Marxist terrorists and jewish lawyers will intimidate you, and the government will label you a terrorist.

The Chinese government does indeed brutalise minorities, particularly in border regions, in order to defend the territorial integrity of China and maintain the preeminence of the dominant ethnic group(s) in China. The Chinese government has a long term view of history which places the Chinese people and the Chinese state at the very centre, and it intends to keep it this way.

Western governments elevate minorities, brutalise their own people whether we are dissidents or not, they undermine our territorial integrity by encouraging any foreigner with a pulse to just turn up and come in, and they are doing everything they can to replace the native populations of European lands with foreigners. Western governments have rejected thousands of years of history and civilisational wisdom, they have rejected “Eurocentrism” as “racist” and they are trying to turn our lands into economic zones with no sense of identity, unity or purpose.

It doesn’t matter if the Chinese government is responsible for the coronavirus or not, and it doesn’t even matter that it is a hoax. Our governments have exploited it for their own ends, the globalists have used it as a tool with which to dispose of Donald Trump, and they are now turning their attention to other regimes throughout the world which are not fully on board.

The point is this: 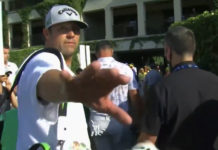