On the 22nd of June, the present year, NITV released an article entitled “Still no Covid19 cases traced to BLM mass rallies two weeks ago”. The article by Nadine Silva acknowledged that at that stage there had been 18 new cases and 6 hotspots identified, and claimed that:

“Health officials across the country are yet to trace a single coronavirus case to the Black Lives Matter protests that took place over 14 days ago”.

“CMO Brendan Murphy told ABC News that the experts did not believe the rallies were directly responsible for any new cases. “Whilst three of the protesters in Victoria did test positive, we don’t think they transmitted or got it at the protest,” he said”.

At the time of writing, the cases linked to the BLM protests is five, though not necessarily having attended. Sky News’ political editor Andrew Clennell claimed that:

”We already knew that three protesters have tested positive to the virus but now we understand two cases identified today were linked to one of the protesters at the rally.”

”There have been reports one protester at the rallies worked at a H&M store for two days while ill.”

That H&M store is located in Northlands, Preston in the City of Darebin. Make a note of that.

As a response to the most recent outbreak in Victoria, the Victorian government has put North Melbourne and Flemington high rise commission flats into total lockdown, meaning residents are prohibited from leaving their residence under any circumstances.

“Earlier today, Premier Daniel Andrews revealed 127 new cases of coronavirus had been recorded in Victoria — the state’s largest increase in case numbers since the start of the pandemic. That number includes 16 new cases of COVID-19 in the public housing towers. Another 10 infections recorded in earlier numbers have now also been linked to the towers. That takes the total number of cases in the public housing estates to 53.”It’s essentially a doubling of the numbers since yesterday,” Chief Health Officer Brett Sutton said”.

So, what significance does Flemington have to the latest outbreak and what does it have in common with the City of Darebin? Let’s start with Flemington…

where one witness claimed: 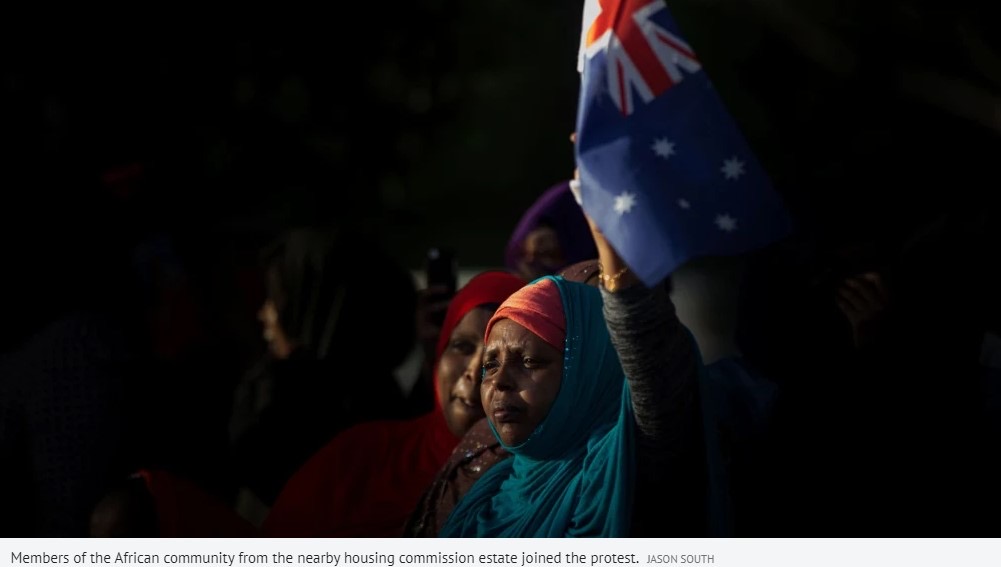 “Members of the African community from the nearby housing commission estate joined the protest”. 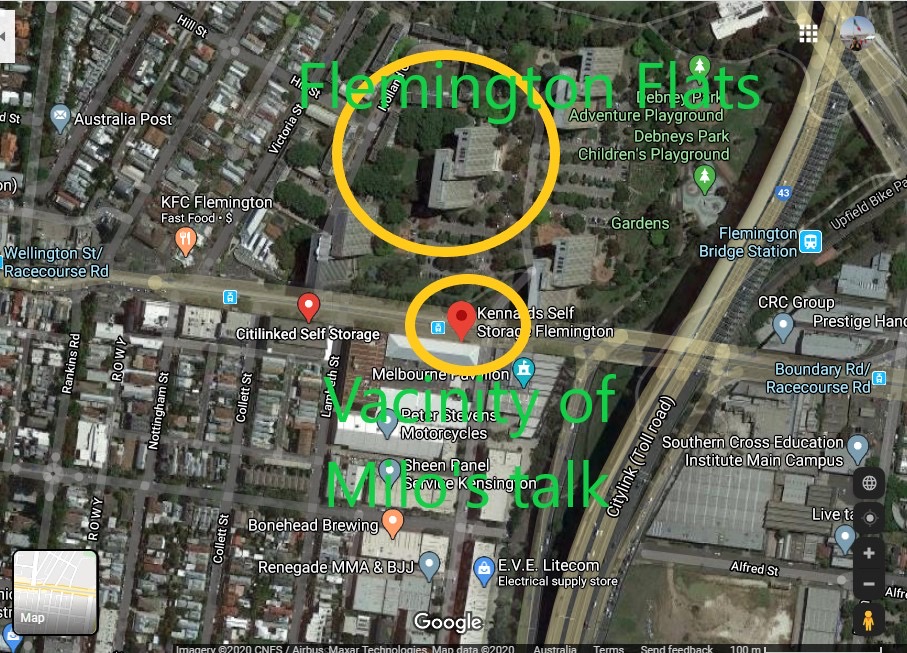 “Another Melbourne council has dumped its Australia Day celebrations after an emotional town hall meeting. The City of Darebin council, which covers northern suburbs including Northcote, Preston and Reservoir, voted 6-2 for a series of controversial changes. The council’s Australia Day citizenship ceremony will be scrapped, and its Australia Day awards will be renamed the “Darebin Community Awards” and will not be presented on January 26. The council also voted to acknowledge that January 26 marked the beginning of “British invasion” and was an inappropriate date for celebrations. It will stop referring to “Australia Day” in all communications, and instead use the term “January 26”. Darebin’s nine councillors include four Greens, three independents and two backed by Labor”.

So, what do the Flemington flats and the City of Darebin have in common? They both have high concentrations of people who are ideologically aligned with Marxist-Black Supremacism. Two workers at the H&M store in Northlands attended the BLM rally and this news has likely only come to light because they have jobs.

Dan Andrews will blame ‘families’ and never quite elaborate on which kind of family gatherings are mostly responsible for the outbreak. As per Marxist doctrine, it is essential to demonise and delegitimise the family as it is a source of strength and resistance to tyranny.

The aforementioned statement made by Brendan Murphy and cited in Silva’s article are totally meaningless as there has never been a virus in history that can be traced with absolute certainty to a single place and time. Even the Cedar Meats factory classified the one hundred and ten cases as all being ‘linked’ to the cluster, and this is a workplace where people returned day after day in close proximity to one another. There is nothing to say with any certainty that all cases that emerged from the Cedar Meats cluster contracted the disease in the abattoir. It is well within reason that at least a handful may have contracted the virus at Fawkner McDonald’s or their relative’s homes.

To dismiss off hand, that a cluster could emerge from 10,000+ people gathered in the CBD to protest an imaginary problem, is woefully misleading and the CMO knows it. This isn’t even taking into account the high number of asymptomatic carriers of the virus that move around through the community but the key point is that health authorities under a Marxist state will not direct the right questions at the right people.

If the health authorities put as much effort into tracing potential cases from the BLM rally as they did the Cedar meats abattoir, they would likely find exactly what really caused the spike in Melbourne’s Sino-Communist virus outbreak. Though no-one can say with absolute certainty precisely where every infected person contracted their illness, it is possible to spot the trends and find common threads as in the case of Cedar meats. Given the location of the hotspots and the demographics therein, it is likely that this contagion has been spread by Marxist-Black Supremacists and those who gathered to celebrate the end of Ramadan with little regard for their neighbours. That trend warrants a separate examination, but one thing is clear by the tower outbreak and the City of Darebin hot spot; Black Supremacist Marxists have likely spread the disease with their pointless mass gathering and our Marxist state government will cover it up at all costs, all the while using the outbreak to scapegoat their ideological adversaries.

Here is the link to the Office of the Victorian Information Commissioner where you can make a Freedom of Information request: