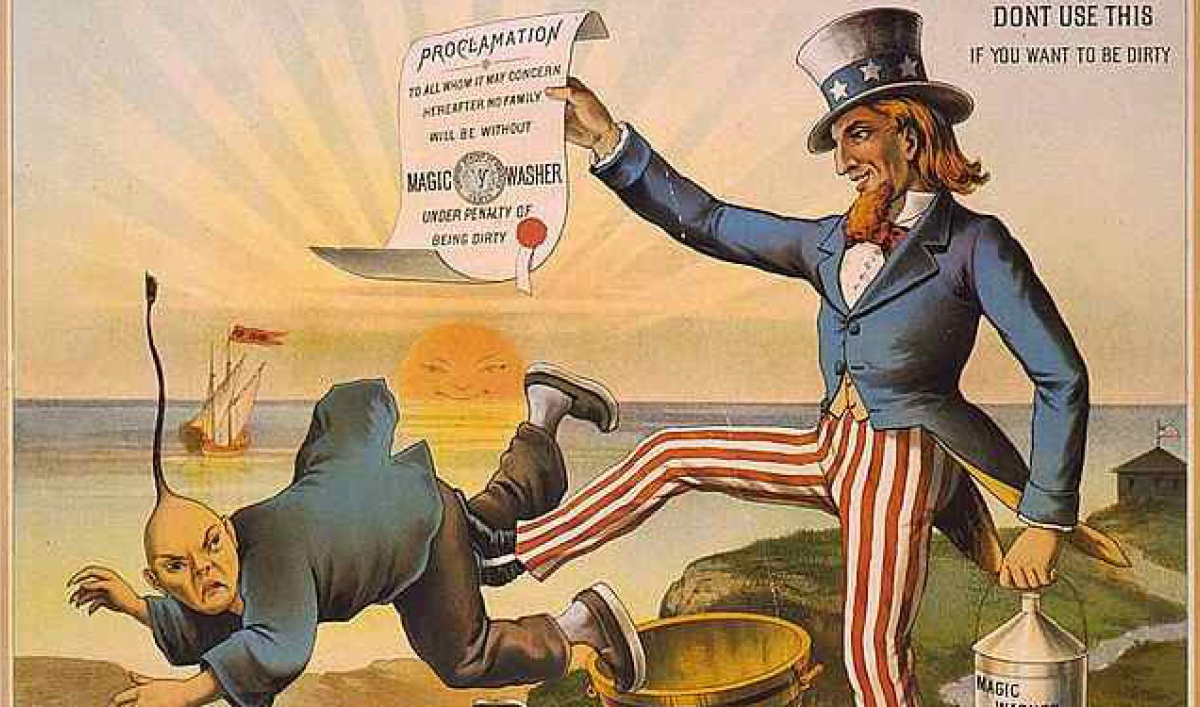 With all the Sturm und Drang of the plandemic, the Great Toilet Paper Emergency, the astroturfed race war, the Gates Depression, the Great White Iconoclasm and Mel Gibson’s dad Hutton dying, it’s been hard to know what’s significant and what’s not this year.

As you may know, years ago I shot an interview with Hutton Gibson (Mel’s dad) to be released after his death. Since his death last month, the media’s been gleefully damning him to hell as an “anti-Semite.” In reality, he was a complex, fascinating figure.https://t.co/lpXlSWYqmG

RIP cobber. One day you’ll have a statue in central Melbourne that no-one will touch.

In fact, we’ve been so disoriented by the swarm of real and confected news that we haven’t had time to notice that globalism has died, or at least the neoliberal version of it which had predominated since the collapse of the USSR. Part of the detonation of globalisation, seen in the shutdown of supply lines and the embargo on foreign students, has been Australia’s sudden divorce with China.

The bigger picture which puts context to the plandemic itself as well as everything which flows from it, including the Hong Kong riots, is the geopolitical stand-off between the Han Ant Colony Imperium and the Anglo-American Empire of Sodomy Liberation. This is the macro event driving it all.

Tensions were evident last year when I first wrote about it, but since the virus attack in Wuhan it’s come out into the open. Australia was given an ultimatum by America: US or them. Of course, we chose security over prosperity.

#BREAKING: US Secretary of State Mike Pompeo has threatened the United States will “simply disconnect” from Australia if Victoria’s Belt and Road agreement with China affects US telecommunications. https://t.co/HBIre3kybW

Now whaddayaknow. A suspiciously high quality recording is leaked of a Victorian Labor Party Minister being obnoxious, alongside allegations of branch-stacking within the party. And just like that, Daniel Andrews found out what happens to genderfluid lightweights who take on The Empire.

LATEST: The Federal Labor Party has moved to dissolve the Victorian branch of the party amid an unprecedented investigation into allegations of branch stacking.https://t.co/PC46ZW3rpR

Whatever. Andrews flew too close to the sun, and he got burnt.

Socialist premiers aren’t the only ones feeling the heat of having to decide between US or China. Another place one-tenth the size of Victoria is finding out what happens when you pick a hot new waifu.

Earlier this week the #US asked Israel to sever ties with China, and while top Israeli officials understand the importance of US-Israel ties, #China is an important asset for #Israel.https://t.co/NtzVX1ifqo

This is creating a headache for G-d’s chosen ethnostate. Israel has a long history of funneling US-created technology to China, selling US military tech and assisting China build stealth jet fighters. Now, after pretending it wasn’t happening for decades, super-Zionist Secretary of State Mike Pompeo has been forced to notice it.

At the same time, the US is pressuring Germany to pay its fair share into America’s Delian League, NATO. This is because war with China means war with Iran means war with Russia means World War III.

President Trump confirmed that he is sharply cutting the number of U.S. troops in Germany and would cap the number of American military personnel there at 25,000, unless the German government spends more on defense https://t.co/oaGVxBSuUK

Intensification of geopolitical maneuvering happens just before big wars. Sudden shifts in allegiance, ultimatums, dramatic espionage and assassinations. These happen just before the fight goes kinetic, and is part of the patchwork of evidence I’m seeing which makes me think it’s about to kick off between the ant horde and the lesbian armada.

The trade war, COVID-19, and increased military activity are raising the risk of U.S.-China conflict at sea. @osmastro on how the United States can avoid a clash https://t.co/Cwcf0QNgYZ

A slew of high-profile assassinations over the past year has been largely kept quiet by the media, which to me is another sign. The more significant the information, the harder the intelligence operatives in the media try hard not to notice it.

While the assassination of Iranian 2IC General Soleimani had to be covered by the media spooks, other significant state murders have been hushed up.

The U.S. has relied on targeted killings in the war against terror. But Qasem Soleimani’s death has sparked debate about whether it was legal. https://t.co/ycb2hQvyMG

Note the timing. Just as the plandemic was about to go public in China. And then in May…

The ethnostate again. And around about the same time in the Space Force…

The @usairforce has opened an investigation into Col. Thomas Falzarano’s death but initial indications show he likely died of natural causes. https://t.co/jBI5cDpeh7

Another sign is the spooky media finally noticing the nefarious nature of Chinese influence in Australia. Before the plandemic, the borders were open and millionaire Chinese CCP members were just as Australian as Don Bradman. Now, all of a sudden, we can’t hear enough about the threat of China.

We have always been at war with Eastasia.

A freshly uncovered mass manipulation effort from China was far greater and more widespread than anyone anticipated, according to the Australian who helped unmask the campaign https://t.co/2AUadViwpC pic.twitter.com/USOG611mqk

At the same time, an obscure and ideologically incoherent undergrad at UQ has become an international celebrity for standing up to China’s campus Stasi.

Australian university threatens to expel and take legal action against @DrewPavlou, a student known for his criticism of Beijing, in a case that has renewed tensions over Chinese influence. “They’re trying to threaten me into submission.”@RachelPannetthttps://t.co/J3iAs1yJer

The Wall St Journal! Don’t tell Comrade Drew’s social justice comrades at UQ that the most capitalist outlet in the world loves him and that the headquarters of world communism hates him.

As well as assassinations and propaganda, the hardware is also being assembled for the fight.

“The Pentagon’s strategy prioritizes deterring adversaries by denying their use of force in the first place.”

B-1 Bomber May Become the New Face of US Military Power in the Pacific https://t.co/bozAPFgnGu

For the first time in nearly three years, three American aircraft carriers are patrolling the Indo-Pacific waters in a massive show of force in a region roiled by spiking tensions between the United States and China. https://t.co/ViC4n6336A

This is more than a rhetorical ‘pivot’, and it’s happening while we denizens of the world have been conditioned to accept military lockdowns and readjust to supply chain disruptions due to the planned release of a manmade pathogen. It’s also occuring while the USA just seemed to experience a DDoS attack this week, the Australian government is securing emergency fuel supplies from the US, the ABC has published stories of dire reports about the supply chain impact of an Asian war and India and China flex against each other in the Himalayas.

None of this is happening organically or accidentally. 2020 is the year the debt supernova implodes, signaled by the yield curve inversion in August last year and the repo market crisis a month later. The only reason things look normal right now is that central banks are pumping tens of trillions into markets to prop them up. The US federal government took 205 years to reach a trillion dollars of public debt. In 2020, it’s adding a trillion every five weeks.

The entire debt-based model of civilisation we have known all our lives is coming to an end, and it’s happening at the same time as a savage solar cycle downturn is wiping out industrial agriculture. That’s why the chaos is only getting worse this decade. We’re not getting back to the ‘old normal’. Remember it though. One day you’ll tell children stories about it. Hopefully.

Right now and for the next decade, it’s all about the debt and the climate ending a period of peak globalism, peak decadence, peak degeneracy and peak delusion. Everything we hate is going away. There are no sodomy festivals in a village of hungry peasants. No-one is for open borders when everyone is a potential threat. All of that is coming to an end.

No matter what hardships come, remind yourself every day that this is awesome.

Even if it’s not The Apocalypse (and I think it probably is), it’s an apocalypse. Reality is back and this bitch is mad af.

Warfare has changed profoundly since the Second World War. Fourth generation warfare isn’t grand armadas standing off against each other over territory, at least not for long. The bang-bang part of this conflict is just a part of the mutual degradation of force projection ability both sides are engaged in. We can expect destruction of critical infrastructure systems, more biological weapon releases including ethno-specific ones, EMP’s, and maybe even a few rogue nukes in proxy wars like India and Pakistan. If you want a historical parallel, the Bronze Age collapse is probably a good one.

Make preparations to become a dark age serf as a worst case scenario outcome. Maybe try for being a local lord. It could happen, and if you’re sorted for food, water and security, it could be awesome.

Once you get your basic needs taken care of, think of what of our civilisation you’d like to preserve. Maybe stock up a library for preservation through the dark age.

If you come across any subversive literature by the usual suspects though, you know what to do. 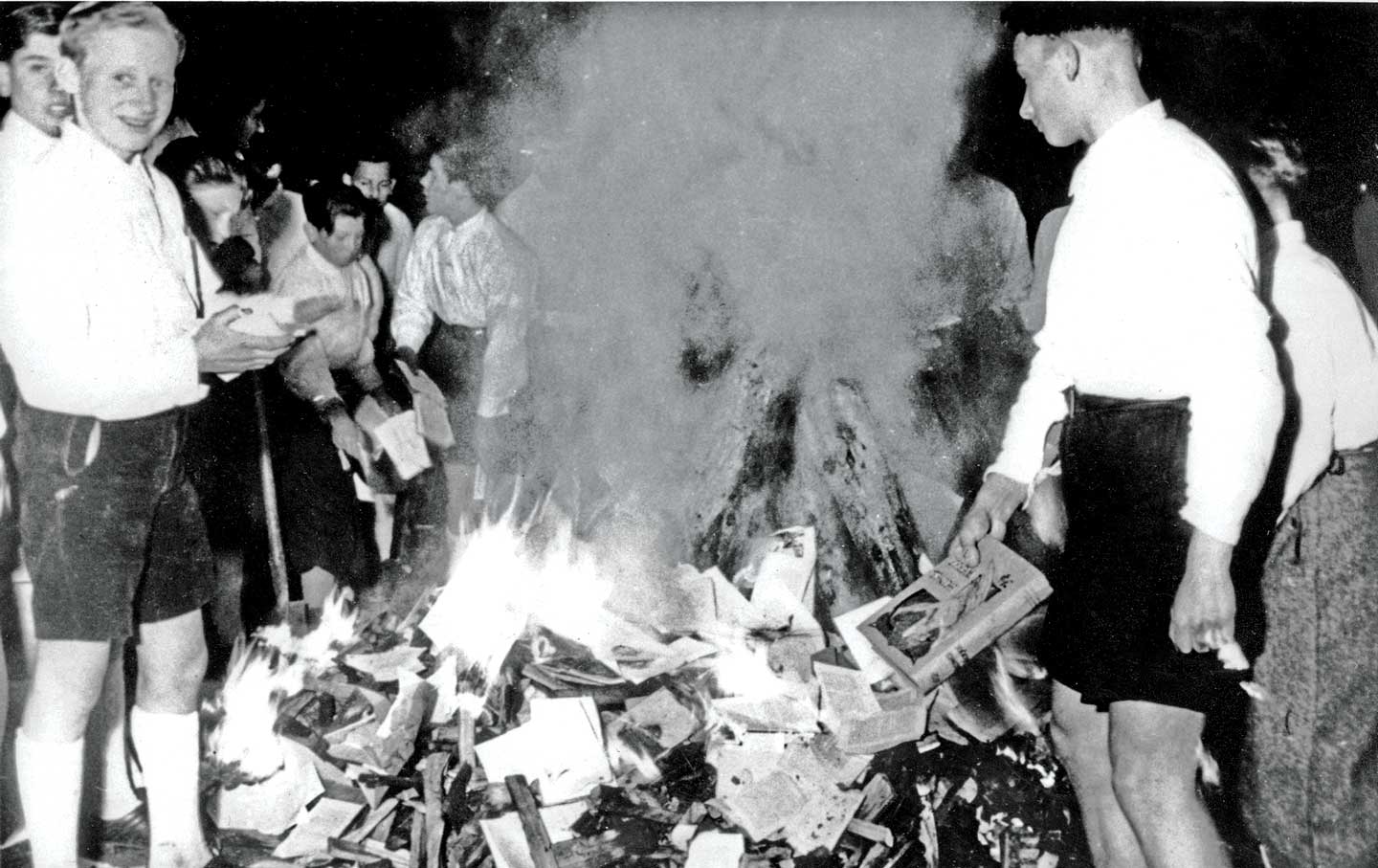