Ever since the plandemic made all the Karens hide under the couch, something strange has been happening on the political left.

Until now, the left has been a pastiche of various delusional mindsets held together by an intersectionality of hating white, Christian men and the civilisation we built. They were united in what they were against – us – and put aside differences in order to achieve our destruction.

Now, they’re moving beyond intersectionality. The convergence is becoming stronger. It’s like the trauma of maybe getting pneumonia at the shops has made them move beyond individual craziness into a Borg-like collective form of psychosis.

What was until now just accepted as the default position of all educated people in the West is now rabidly intensifying into a full-blown doomsday religion ready to purge the heretics and burn down the world in order to save the climate, stop COVID-19, protect the cows, end racism, destroy the patriarchy and eradicate class for the rest of eternity.

And they believe they’re doing it by destroying the capitalism that feeds your kids.

Harvard researchers have found that high-poverty, crowded areas where people of color live had higher mortality rates for the coronavirus. https://t.co/cOdwBNK9G3 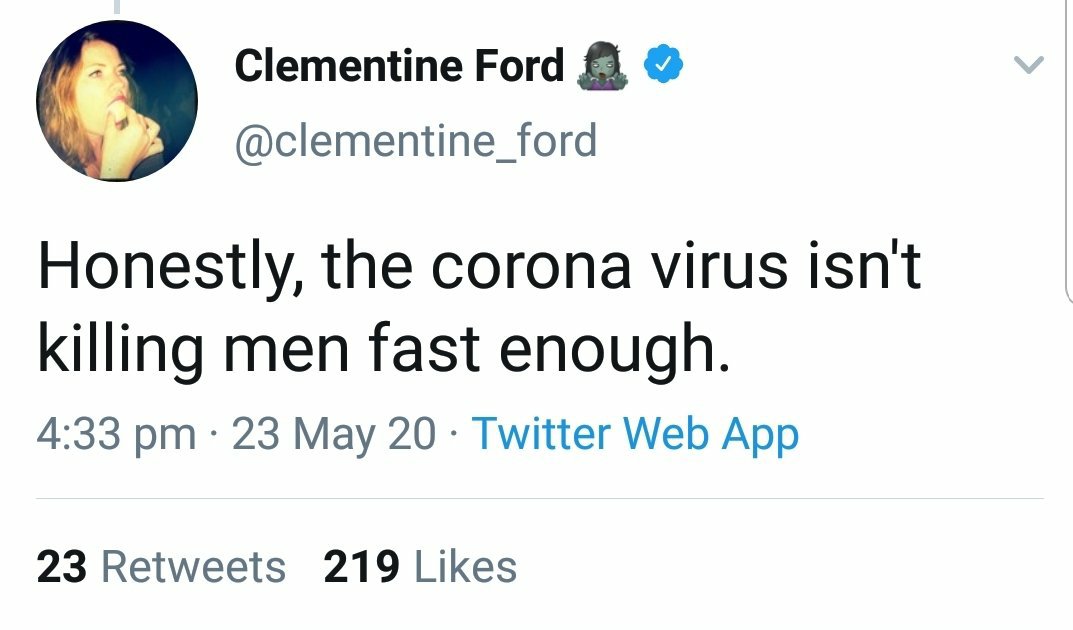 “We cannot protect our environment while continuing to eat meat regularly. . . cows produce an enormous amount of greenhouse gas. If cows were a country, they would be the third-largest greenhouse gas emitter in the world” (New York Times).https://t.co/rcCG4h24sJ

I’d tell you what ethno-religious group the author of the last one is from, but you already know.

When I first began writing banned speech on the internet four years ago, my main intent was to warn Australians about the dangers of utopian idealism. I had come to see that the common denominator of tyranny and mayhem throughout modern history was a recurrent pattern of societies coming under the spell of utopian ideologies which were then used by the financial cabal to destroy heritage, identity and ultimately the nations themselves as part of a globalist plan to enslave the planet.

Left, right, communist, fascist, liberal, neoliberal, conservative, neoconservative. All of them secular religions animated by demons which drove humanity forward to destruction, and all of them funded and controlled by the same New York-London financial cabal run through private and governmental intelligence agencies, think tanks, ideological fanatics and paid agents.

This began with the Enlightenment and the horrors of the French and American Revolutions. After that, the 1848 revolutions. After those, the Bolshevik and other communist revolutions after World War I, leading into the utopian movements of the 30’s and 40’s. And finally after the Gotterdamerung of World War II, the utopian liberal agenda rolled out for 75 years by the American empire through globalist institutions which has now given us drag queen reading hour and Muslim rape gangs.

Throughout the modern period, we have seen one ethnic group rise while all other ethnic groups are destroyed. This is not an accident. My Bible tells me that this is a sign the end is near. Before that arrives though, there will be earthquakes, volcanic eruptions, famines, pestilences, wars and rumours of wars.

I do not have access to secret wisdom. This is not some Q Anon-tier mystery club designed to make you trust the plandemic and shout Orange Man Good. It was easy to see that the world system we were living in prior to 2020 would be smashed and a new system created from its ashes, just as was done at every step of the globalist advance toward planetary government and total control over the people of the world.

They boast about it.

It’s only secret if you don’t want to know about it.

Now we’ve seen a bizarre pathogen released from a level 4 bioweapon research lab in Wuhan which has triggered the implosion of the debt supernova and destroyed small and medium sized businesses across the West, given governments the green light to entrain us for periodic lockdowns and laid the foundations for the centrally-controlled global system we were told was coming.

Then Bitcoin mysteriously appears in 2009 as a solution to the reaction against the problem created by the central banking cabal. If you still think cryptos are going to lead to your anarcho-capitalist utopia, you’re going to be terribly disappointed. Cryptos will be used to shackle humanity, not liberate it.

The cover of the Economist magazine back in 1988. Was this prophetic? Are we witnessing the introduction of a Global currency at some point?#bitcoin $BTC #crypto #blockchain #trading #exchange #cryptocurrency #token #cryptonews #economist #fiat pic.twitter.com/wp8c2SYhcs

The great mistake the goldbugs make is to believe that central bankers don’t understand exponential functions and didn’t understand that debt-based money creation and debt-based economic expansion was going to collapse in an inferno. They always knew, and they’ve had centuries to prepare for what they would do once the system had been globalised and the entire planet crashed at once.

A new order is going to be born out of the chaos of 2020. They’re going to allow asset prices to plunge, the middle class to evaporate, governments to implode, famine to spread, wars to erupt and this plandemic to provide the rationale for lockdowns while the old world dies and a new world is born. They have to. The system has gone parabolic. We are living through its death throes. 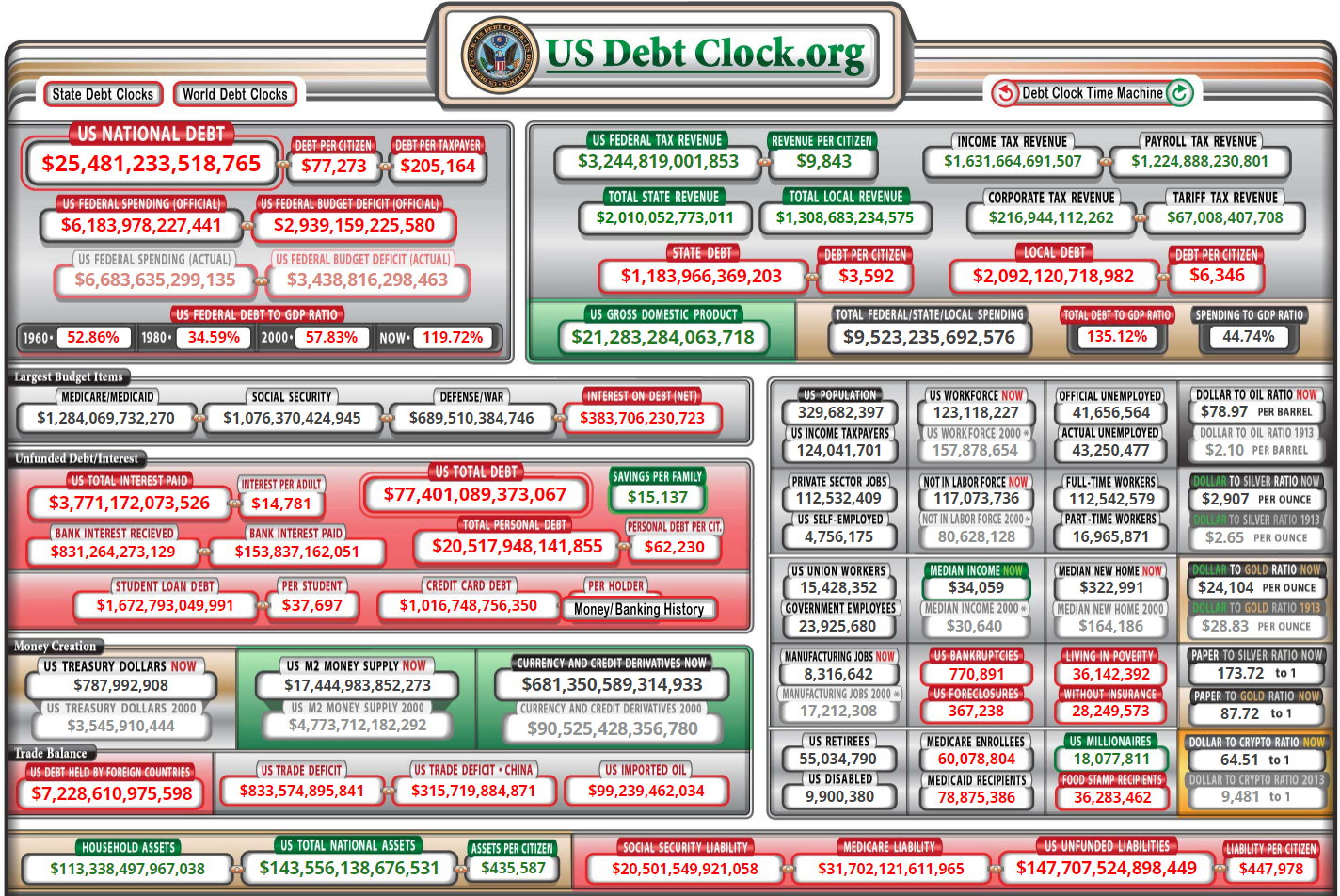 The struggle we are witnessing play out between the globo-communist leftist faction of the oligarchy represented by Soros and Gates and the Zionist-libertarian populist faction of the oligarchy represented by Trump and his supporters seems to be a battle over what the new system will be. Will it be a post-gender, post-meat, post-human Smart City society overseen by technocratic central planners, or will it be something slightly more human but still much less free?

The Emperor Diocletian made Rome great again by reducing the liberties of the people and centralising the state. We face the same prospect should the Trumpist faction be victorious in the current struggle over the new world order. I used to believe China would defeat America in the coming war in the South China Sea due to their anti-ship technology. After looking into what America is now packing and China’s inability to project out to sea, however, I’ve changed my mind. Maybe Australia won’t face occupation; or at least not militarily.

Australia has also just spent a billion dollars on US anti-ship missiles and pledged another billion to upgrade the RAAF Base Tindal in the NT.

We aren’t going to have those cheap gadgets and bubble tea stalls anymore, however. Of all the nations in the world, the economic impact on Australia might be the worst this year. And it will probably be awesome.

No-one’s feeling sorry for tranny teens when their kids are hungry, and they’re sure not interested in what Greta has to say when everyone they know has lost their job. When reality punches you in the face, utopian idealism goes right out the window.

The crisis isn’t over, and probably won’t be for the rest of the year. When the leftist elite were planning to hijack this crisis, they called their solution Agenda 21. It will fail, but I suspect their timeline might be correct. 2021 is when the new world will become apparent.

Stock up on food, seeds and whatever else you think you’ll need to ride out the next six months. Get out of debt and into private assets. Stocks, gold, crypto and the US dollar will probably do well. Get right with God if you already haven’t. Get ready for life as a peasant.

If you’ve been hanging for the boogaloo, hold tight. The chaos is coming. You’ll get your fill.

And on the other side of it, the new order.

But which one? The globalist dystopia.

People unite around the world for a Global Day of Solidarity https://t.co/hO7zFtofVU #StrongerTogether

Space Force leadership presented the flag of the Space Force to @POTUS today in the Oval Office. The flag will hang alongside those of the other military services @WhiteHouse. @SecAFOfficial
@SpaceForceCSO https://t.co/Ed4jMdCY5b pic.twitter.com/Ct3O5c1Yg6

15 yr old Jyoti Kumari, carried her wounded father to their home village on the back of her bicycle covering +1,200 km over 7 days.

This beautiful feat of endurance & love has captured the imagination of the Indian people and the cycling federation!🇮🇳 https://t.co/uOgXkHzBPz