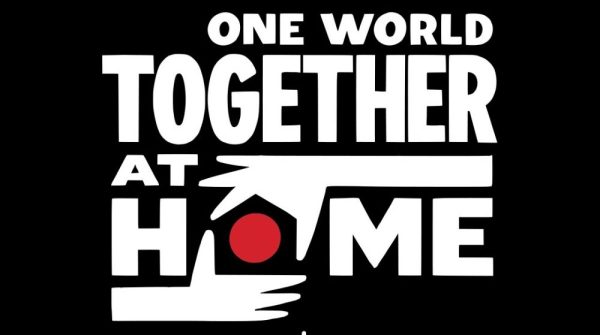 In 1991 the Soviet Union collapsed primarily because it was broke and the house of cards couldn’t be sustained for any longer as member states scrambled to get out from under the falling edifice. The West watched with pleasure, arrogantly assuming that they had won the Cold War. But the reality was that far from winning it, all they had managed to do was to not lose it. What followed was three decades of a debt driven spending spree along with a trite assumption that history was over. That Fukuyama-fueled conceit has aged like your average ten trick a day crack whore. And this background is important to keep in mind as we live through perhaps the most bizarre moment in modern history.

Barely a week after Trump announced that he was temporarily suspending US funding for the World Heath Organisation, a motley rag bag of celebrity and not so celebrity performers cobbled together a live 8 hour broadcast to raise money for the globohomo behemoth. The clincher was that they were performing in livestreams from their individual homes. After a short period of cycling through the various performances I came to the conclusion that a good many of these performers were far less talented than even I had previously thought possible.

Still, the bedroom bunch managed to scrounge together $127 million from the entire world.

While the two-hour television broadcast portion – also screened by the BBC in the UK with additional performances from Paul McCartney, Tom Jones and more – was framed as a gift to essential workers, the preceding six hours invited donations, with the bulk of the cash coming from corporate sponsors. The WHO’s Covid-19 Solidarity Response Fund will get $55.1m, while $72.8m will go to charities such as food banks and housing providers. The WHO fund is used to allocate tests and treatment, and to support development of a vaccine.

Lady Gaga, Michelle Obama and Oprah Winfrey spearheaded the initiative, which tells you everything that you need to know. Rich celebrities guilt tripping ordinary people who have just been laid off into giving money to the very organisation that directly contributed to their present precarious circumstances is too much chutzpah for this world to digest in so short a time. On top of that we have the pleasure of seeing our individual economic efforts divided into “essential workers” and everyone else. You can bet that everyone participating in that 8 hour garbage fest would see themselves as being in the camp of essentials. Or to be more accurate, that the essentials are in the celebrities’ camp, at least for now. While it suits them.

Speaking to Variety, Hugh Evans, chief executive of Global Citizen, said: “It is not uncommon for world leaders of all stature to try to point fingers, because politics is in some instances about survival. And so I think that it’s not so surprising that it has become a political football. But I think that what we have to remember is that there’s no second World Health Organisation. There’s only one.”

Global Citizen, an organisation whose name sounds more like an Orwellian dystopian nightmare than anything Orwell himself could have thought up, is delighted in the fact that the WHO has a monopoly on screwing up international responses to global pandemics. And perhaps their CEO is right; better to leave all the mistakes in one place so they’re easy to track.

Unfortunately, the mistakes are not confined to the failings of the WHO. If there is one thing common to official reactions to the Chinese virus it is the great gobs of sheer incompetency across all areas of government. Just this morning, the Australian conservative prime minister has advocated for WHO to be given powers that impede on the individual sovereignty of nation states.

Australia will lead a push for the World Health Organisation to be given the same powers as weapons inspectors to forcibly enter a country to avoid a repeat of the COVID-19 global pandemic.

The move would overhaul the operation of the world health body, which currently doesn’t have the power to go into a country to investigate a disease outbreak unless it has the express consent of that nation’s government.

The WHO has come under criticism for not alerting the world sooner to the global pandemic through most of January, and has faced allegations from senior politicians in Australia and the United States that it was too close to China.

The Australian government quietly lost faith in the WHO’s global headquarters in late January and early February for uncritically repeating advice from the Chinese government.

You don’t lose faith with an organisation that is an international lapdog chained mouth first to the genitals of China and simultaneously declare that it needs to be given far greater powers. Or you do if you have no idea what you’re actually doing.

Far from the Chinese virus causing governments to act in a blindingly incoherent manner, the virus has merely served to uncover the great incompetence across all levels of those who deem to lead us, whether elected or not. It has exposed the rot at the heart of liberal democracy. The Western world that has for so long touted itself as the shining example of political will and destiny is in fact a cheap con with both hands in the till.

Where this ends up nobody knows, because it seems that nobody knows what they are doing. But it will be somewhat challenging to keep the party lines going when unemployment hits 50% and the plebs aren’t getting enough to eat, let alone their Starbucks coffee. The more that globalist entities seek to react to the virus, the more damage that they do, and the quicker everything goes down the drain. One thing for sure is that after these events have passed nothing will be the same again.