There’s a lot of mental noise around us right now.

The stable, ordered worldview of ten years ago, based upon a consensual reality received from a few broadcast media outlets, has fractured. While the world outside has become more chaotic, particularly in 2020, there’s growing information chaos in our culture as well which is eroding people’s ability to know that they know what reality is.

Hillary trafficks children. Russia hacked the election. The Queen is a lizard. The Earth is flat. 5G is coronavirus. Drink bleach.

“The prank required Trump to maintain a completely deadpan demeanor, and to get Birx’s cooperation, and to let the untruth go uncorrected for about 18 hours before finally revealing the gag.”https://t.co/In3s3tsg0g

Information chaos everywhere, as though that itself is the agenda as we go into global lockdowns so that people remain confused, paralysed and disorganised.

It’s very disturbing and very frightening for most people, and I do not wish to add to that distress. I feel it too. I’ve felt it to some degree since 2009, when the media narrative about the Global Financial Crisis didn’t line up with reality. That’s when I broke with the media worldview, and began trying to find out what’s true and what’s not for myself.

I don’t want to add to your fake news mental trauma, and I don’t want to scare you, but I do feel moved by God to share truths that he has shown me so as to warn people about what’s ahead so that they can be a support to others in turn.

Your civilisation is going to collapse by the end of the decade. It’s happening due to a centuries-long solar cycle as well as a debt-based economic system which will ensure that the wealth we have come to take for granted isn’t going to exist by 2030.

COVID-19 isn’t a once-off. It’s part of a trend. Our immediate future is one of war, famine, pestilence and plague.

Swarms of locusts — some the size of a city — are devastating crops in East Africa and Pakistan while the world battles a pandemic. The UN says millions of people could go hungry.#AJStartHere explains what’s going on. pic.twitter.com/uswnW4mywP

Of course, you should never take anyone’s word for it. Ever. So let’s look at the evidence behind what I’m saying, and figure out what it is we can do to stay ahead of what’s in store.

The most immediate problem, outside of catching the manmade airborne AIDS flu going around or going bankrupt as the global asset deflation intensifies, is famine. The lockdowns mandated by governments supposedly in response to COVID-19 have accelerated a trend which was already in motion. For several years now, agricultural yields have been dropping around the world as atypical weather and extreme weather events have destroyed harvests, and animal pandemics have destroyed herds.

This process of supply problems with food is now being compounded by demand shocks as restaurants worldwide are shut and people rapidly shift to domestic consumption.

Billions of dollars of food is going to waste during the coronavirus pandemic because U.S. farmers have a surplus of perishable items.https://t.co/plAA49p2yk

Other members of Congress own cattle, but only a few of us RAISE cattle.

I fix the fences, feed the hay, castrate bulls, fertilize fields, put tags in their ears, move them between pastures, wean calves.

If you think this affects only meat, you are mistaken. Our whole food supply is collapsing:#FoodWars

Half of workers test positive for COVID-19 at Wenatchee-area orchard | KOMO https://t.co/4FiF6DIiZy

Farms in Maryland, Delaware to Destroy 2 Million Chickens Due to Staffing Shortages https://t.co/NqhhzvAMO3

Meat shortages are coming in May. In America. https://t.co/IPIe1Zafqg

PETA should be outraged. The shutdown is killing chickens. https://t.co/P1gULaK6gv

Locking down half the planet to stop a bug is madness. The shocks to the food system on both the demand and supply ends are catastrophic. The authorities are blaming what’s happening on the coronavirus pandemic, but that’s a lie. As with the economic implosion we’re about to experience, COVID-19 was the trigger, not the cause.

The people with power in this world are not stupid. They have always known that their Babylonian debt system was going to implode, and they know about solar cycles. They knew the climate was going to change, but rather than warning the people to prepare they chose to lie about fossil fuels so as to cause depopulation when the crops failed.

Now, they have released a virus right at the point when the financial system and the world’s food system are failing. There’s only one explanation that makes sense. They want this to happen.

There is a caste of people who rule this world who want megadeath as part of their utopian, technocratic vision for the future.

If you think a billionaire control freak obsessed with depopulation is so altruistic that he cares about little brown kids getting vaccinated, you’re a special type of gullible. This is about a utopian vision for the future, one in which a technocratic elite live like god-kings while the few proles left after the crisis serve them as slaves. It’s a vision which is found throughout Western culture, going back at least to Plato’s Republic. It’s a recreation of the world before the flood, which the minions of Satan seek to create in opposition to God.

It’s also the vision put forward in the Talmud, when the age of the Moshiach begins and Jews rule the nations. A world of masters and slaves, gods and cattle, Eloi and Morlocks.

In Bill’s world, that’s your grandkids on the left. If you’re lucky.

If you find it too difficult to believe that this world is ruled by evil people with an evil agenda, you just don’t know your Bible. It’s evident all the way through that the kings of the earth are wicked and at war with God, and scheme together just prior to the Day of the Lord.

Maybe that’s still not enough for you to believe what I’m warning you about. If that’s the case, I have one final question for you.

Why didn’t they warn us about the Grand Solar Minimum?

Why did they lie, when lying would kill billions and impoverish almost everyone else?

They knew that the Sun has an energy cycle which corresponds to the rise and fall of civilisations. They knew that the increased cosmic rays from the Earth’s weakening magnetosphere during a Grand Solar Minimum would cause increased cloud cover and large volcanic eruptions, thus cooling the planet and killing agriculture for up to a decade once a supervolcano went off, like in 1815. Scientists are already conducting experiments using cosmic ray measurements to predict volcanic eruptions.

The idea that carbon emissions on Earth were going to heat the planet was farcical. It’s not carbon. It’s the sun. 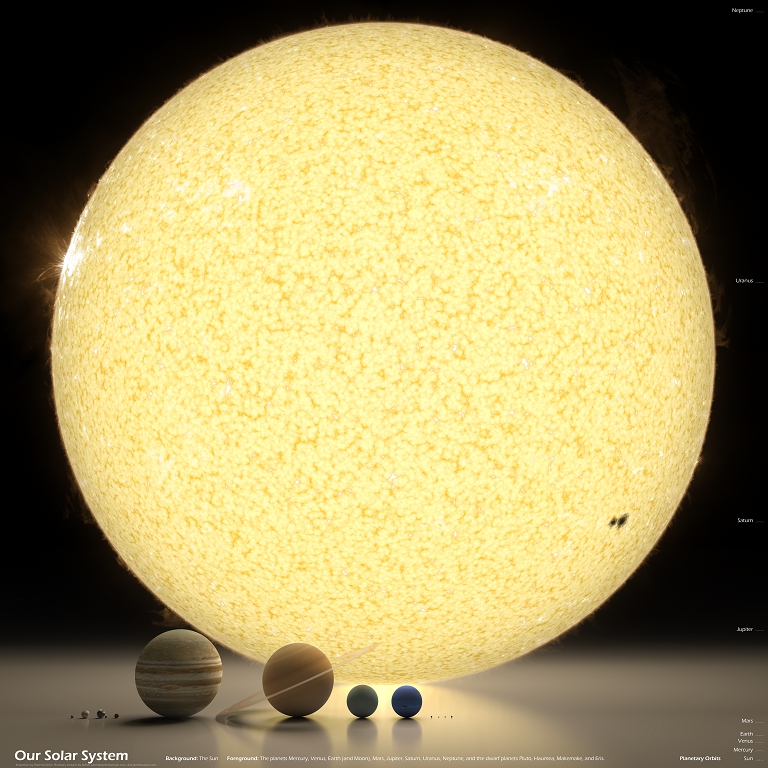 Rather than warn the people though, they built bunkers in the mountain to ride it out and then emerge on the other side, smug and in charge.

They should have read their Bible. Silly billionaires. There is coming a day on which the kings of the earth will hide in the mountains and beg the rocks to fall them to hide them from the wrath of God.

Before that, however, there will be much suffering, and much death.

Prepare now, while you still can.