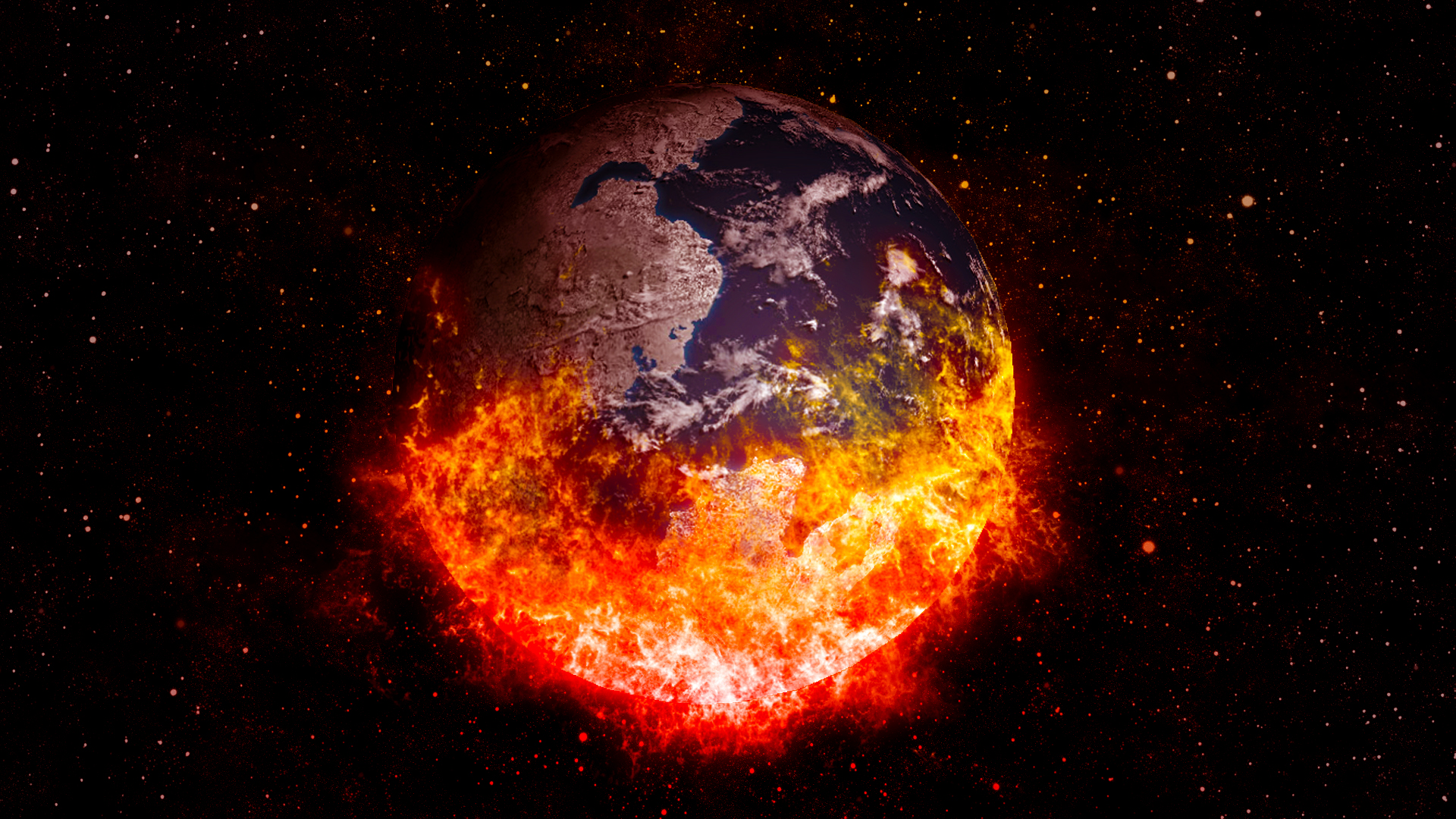 I want to assure you from the outset that I’m not a “virus denier”.

I don’t think it’s a hoax or just the flu or caused by 5G mobile phone towers activating metallic nanoparticles put in our bodies by chemtrails as part of the Georgia Guidestones depopulation agenda.

It’s a real virus. This China virus is very real and very dangerous.

It’s a plague, and it’s one everyone at our house is staying as far away from as we can.

#CoronaVirus leaves bodies in the streets. Video shows a man left lying in Lalehzar Street while a garbage collector kid collects reusable items to survive. At the Pahlavi Dynasty era, the street was a symbol of modernism & art of Iran and was called as “Tehran’s Champs-Elysées”. pic.twitter.com/yo8vJPEMSM

“It smells like death”: Bodies are piled on top of others at the Teodoro Maldonado Carbo Hospital in Guayaquil, Ecuador. They are completely without refrigeration or preservation.

Hundreds have died from the coronavirus in the province of Guayas, but authorities only report 145. pic.twitter.com/iYcUm29uaL

As I’ve written before though, I am convinced this virus is manmade. Someone released it, and my money is on that someone being involved with depopulation-obsessed, vaccine-loving, virus-horny sociopath Bill Gates.

“Why Is Bill Gates Building So Many Doomsday Bunkers”? Amazing video. How would this very wealthy man know about such? https://t.co/Pkc876pmc0 via @YouTube

That video was published nine months ago by a dooomsday bunker company.

There are citizen researchers who for years have pointed out links between Gates and anarcho-socialist George Soros. This is plausible. Jewish billionaire Soros is motivated by a fervent desire to destroy Western civilisation and bring about the final revolution prophesied by Jewish lunatic Karl Marx. He took his ideas, and the name of his ‘philanthropic’ organisation, from his Jewish university mentor Karl Popper.

Are we seeing a final gambit by these utopian world-burners to bring down Western capitalism and birth a new world from the ashes now that Greta has failed to ignite the world revolution?

That’s more convincing to me than some chick eating an undercooked bat.

Gates has also been pushing the lockdown meme hard. He wants us cooped up for months to ‘flatten the curve’, and panicked politicians everywhere are toeing the line. Rather than governments focusing on providing protective equipment and beds early to frontline health workers, they decided to chuck the economy into the new chest freezer they panic-bought and then thaw it out again in a couple of months’ time.

It just doesn’t work that way. An economy is a complex system. When it collapses it does so catastrophically and permanently. Locking people down for months on end is civilisational suicide. The world as we have known it will die, never to come back.

Putting half the planet under house arrest and destroying the economy that also feeds the other half is like burning down your house to fix termites. While you’re in it.

This has never been done before in history. Ever. The pressure is building as people who are in the process of losing not only their wealth but also their hopes and expectations stew in fear of a plague and watch some people get shoveled with free taxpayer money while others get nothing.

The riots have already started.

There are MASSIVE protests developing right now on the Jiujiang Yangtze River Bridge that joins the Hubei and Jiangxi provinces in Eastern China.

The situation is rapidly evolving.

This is going to be your quiet, leafy suburb soon enough if we don’t let the planet out on bail.

While our government has brought in draconian measures to put people under house arrest, thus destroying what was left of small businesses in this country, they have extended financial lifelines to multinational corporations and the banks. While everyone’s been focused on toilet paper and hand sanitiser, trillions of dollars are being pumped around the world to prop up the big boys while the proles get peanuts.

U.S. airlines are flying near-empty planes because the $2.2 trillion coronavirus package requires airlines to preserve their service capacity as of March 1 — even though this makes the airlines burn cash faster.https://t.co/2lLtfd35v7

In Australia, the state and federal governments have committed to spending over $200 billion in response to the crisis. Much of that money is being handed straight to Australians, and is framed as ‘stimulus’ by the media. It sounds so generous and benign.

It is neither. When governments spend money in our current financial system, they do so via debt. They borrow the money with interest on the international debt markets through bond sales, which means that future Australian taxpayers will have to foot the bill for their largesse. And they will be doing so in an economy shattered by the house arrest of the nation, potentially for months, the effects of a plague and a debt deflation event which was already coming whether a bug was released in China or not.

This economic catastrophe was already coming due to the debt-based nature of our financial system. It was inevitable. It was just a matter of time.

The level of physical wealth humans have enjoyed since World War II has been an object of wonder and pride around the world. Baby Boomers in particular have congratulated themselves on the material utopia they created. We believed that it was our wondrous technology or our magnificent political system or our enlightened education system which made the world become so magically and magnificently rich.

It was none of that. It was debt.

I’ve written about it before but it bears repeating. The money we use, and which governments around the world are rushing to digitise to save us from the China plague and incidentally make bank runs impossible, was all created when a bank made a loan. Well, about 90% of it anyway. Our economic system relies upon a currency-creation mechanism which takes a tiny base of real money as collateral and then leverages against it over and over again to multiply it ten times. In our extremely complex financial system in which debt is packaged and sold as assets, the multiplication is even greater. 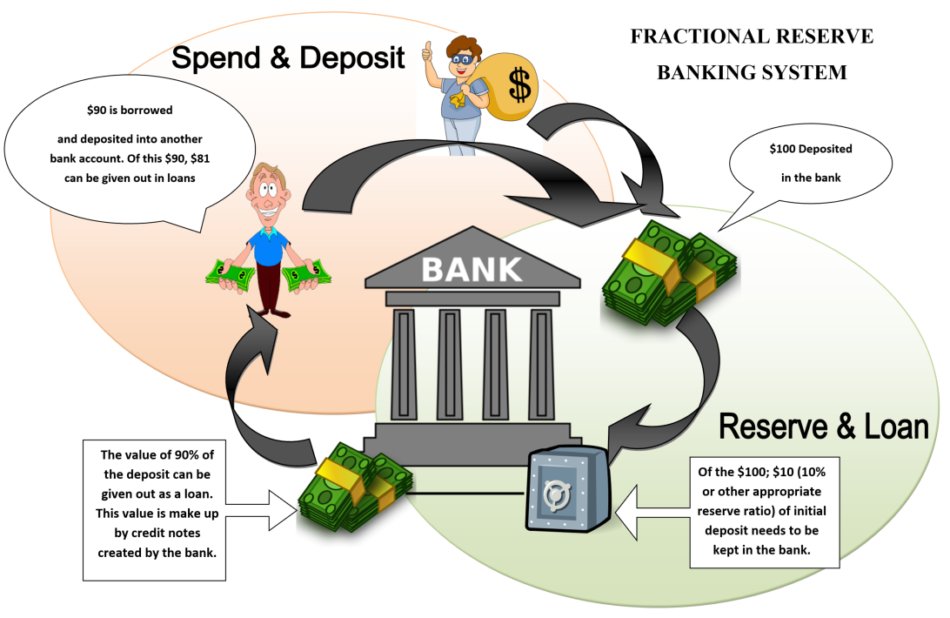 If it grew on trees, it’d be more sustainable.

This is the basis for the private debt problem we have, and is why governments are desperate to keep mortgage debt growing. They have to. Once it stops growing, the debt supernova turns into a financial black hole as the money to pay back the debts simply vanishes.

This problem of exponential private debt growth is made even worse by the system of debt-based public financing we have. In the pre-modern era, governments primarily funded their operations and created currency by spending it directly into the economy. In the case of ancient Rome, this was done via government maintaining a monopoly on metal mines and using the metals obtained to create coins and spend the currency into the economy. As the strain of wars and pensions stretched the public purse, the emperors resorted to mixing inferior metals into the coins. Over time, this led to financial crises and a currency collapse.

Our governments don’t get funded that way. Instead, they rely upon bond sales through the international debt markets to fund their operations. Over time, interest repayments on the debt take up an ever-increasing proportion of government expenses, requiring ever-greater taxation on the citizens operating in the real economy. 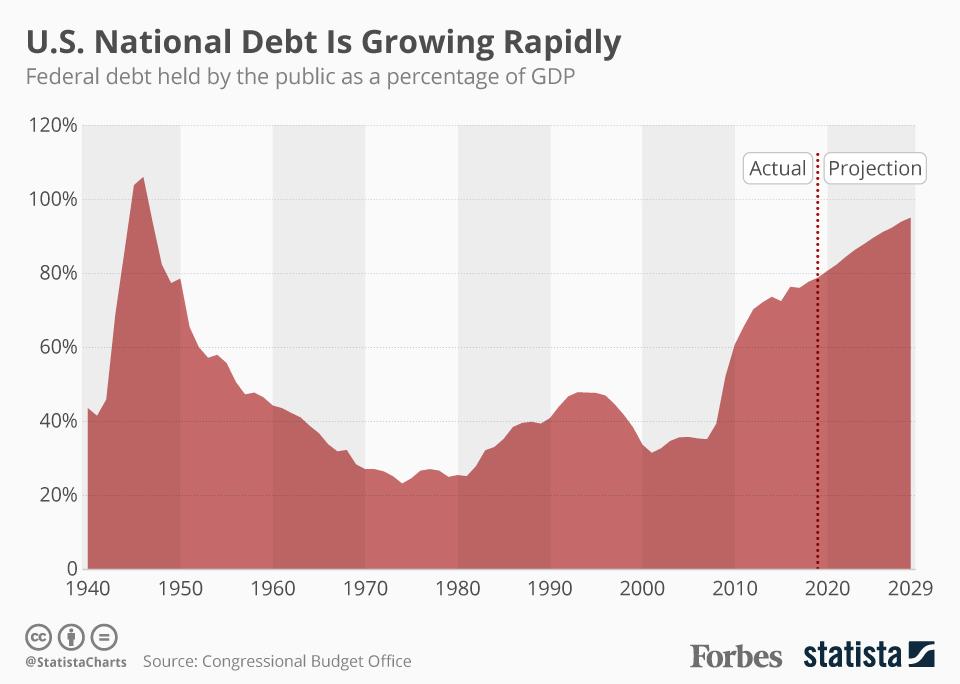 This real economy, in which everyday people create goods and services to meet each others’ needs, we could call productive capitalism. The predatory, debt-based financial system which takes their wealth via taxes, debt repayments and inflation, we could call parasitic capitalism.

Over time, the monster of parasitic capitalism has grown exponentially, fed by its requirement of ever-greater debt. Governments around the world have coordinated to keep this debt Ponzi scheme going for as long as possible. It’s pretty much been the purpose of their G-20 or G-8 or G-7 meetings for over a decade.

Now, the game is up. The music has stopped. Fortunately for our elites, it’s happening behind the crisis of a pandemic and so is being obscured from public view. The food shortages, the inflation due to loss of purchasing power of the currency, the mass unemployment and imminent implosion of our financial institutions. All of it will be blamed on an invisible bug, when all of it was made inevitable over a century ago when the alchemy of central banking began to expand across the globe.

The only way for our society to save productive capitalism would be through some form of debt restructuring. A full debt jubilee would send us into a Mad Max scenario, as one person’s liability is another person’s asset in this debt-based economic system. We would need to forgive a proportion of outstanding public and private debt, forbid governments from borrowing again and bring in a monetary system which enabled elasticity in the money supply while still being anchored to a metric like population growth or a commodity. That way, our children and their children would have a fighting chance at a decent life.

None of that will happen. We’re instead going to see our political class do everything they can to sacrifice productive capitalism to save parasitic capitalism. We’ll probably have some form of government cryptocurrency which is credited to good citizens who obey Big Sister and eat their cockroach burger cheerfully. We’ll forget that productive capitalism ever existed.

Before that, we’re going to have the implosion. Like the physics of a black hole, it’s going to get weird. I’m expecting stock markets, particularly in the US, to go up this decade while governments are forced to default on their promises and our money becomes an Australian peso. Gold will probably do well, but as I’ve written before, I’ve stopped recommending that people buy gold anymore. At the end of this process our rulers expect that we will be peasants, and it’s not for peasants to own precious metals.

If you’re going to buy something for what’s coming, don’t buy gold or silver. Buy seeds, while you can.