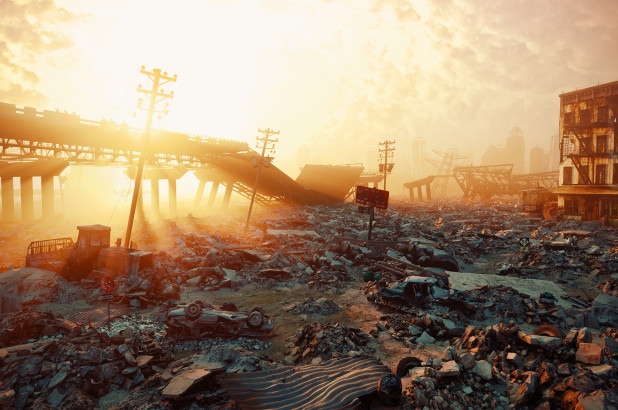 There are scenes of absolute chaos in Australian supermarkets today as panic buyers descend in their masses and strip shelves bare.https://t.co/bwB7uEGFk5

It seems Aussies are finally getting it. It’s a pandemic. It’s real. It’s not the flu.

No thanks to the media and politicians who have lied to us for months and kept bringing infected foreigners here so that Gerry Harvey’s slush fund stays slushy.

Don’t you have a bunker to run to, Gerry?

So this weekend was the tipping point. Even among mates I can see that it’s become real over the past few days, and that’s leading to fear. It’s a fear I understand well.

I first felt it in 2013 when the architecture of the global financial system finally hit home. That was when I realised that this system we rely upon for our modern standard of living is structurally unstable. It’s fake.

For two years after that I would withdraw my salary in cash as soon as I got paid because I expected the banks could collapse any time. It never happened. But one day it will.

The New York Federal Reserve has announced plans to inject at least $1.5 trillion into the financial system to calm panicky markets amid the coronavirus outbreak https://t.co/BHn0u5DFYr

All the wealth of the world today is based on a debt supernova which has been inflated from a tiny base of collateral thanks to our debt-based system of money creation. It’s just a matter of time before the whole thing implodes into an economic, demographic and cultural black hole. A dark age like the world has never seen before.

Maybe that process has started and the Wu Flu is the trigger. The actions by the central banks in response to the repo crisis are certainly alarming. Whether you think this bug came from bat soup or an intelligence agency research lab, it seems to be providing a catalyst for a controlled demolition of the world economy. The thing is though, the structure was already failing before the bug.

When I first saw that all this wealth will one day disappear suddenly and catastrophically, I bought gold. When I came to understand how the Grand Solar Minimum, which began in 2018, will lead to pandemics, famines, war and collapse, I started buying emergency food. Now I buy seeds.

But ultimately, I don’t put my faith in gold, food or seeds. It’s not because of what I’ve learned about finance or the solar cycle that makes me convinced that the world is not long for this world. It’s not pandemics, agricultural collapse or imminent war in the Middle East which makes me believe that everything is about to end. It’s the signs of the end of the age outlined in the Bible which give me confidence to say the end is near. It’s something Jesus, Peter and Paul covered extensively.

Dear friends, this is now my second letter to you. I have written both of them as reminders to stimulate you to wholesome thinking. 2 I want you to recall the words spoken in the past by the holy prophets and the command given by our Lord and Savior through your apostles.

3 Above all, you must understand that in the last days scoffers will come, scoffing and following their own evil desires. 4 They will say, “Where is this ‘coming’ he promised? Ever since our ancestors died, everything goes on as it has since the beginning of creation.” 5 But they deliberately forget that long ago by God’s word the heavens came into being and the earth was formed out of water and by water. 6 By these waters also the world of that time was deluged and destroyed. 7 By the same word the present heavens and earth are reserved for fire, being kept for the day of judgment and destruction of the ungodly.

8 But do not forget this one thing, dear friends: With the Lord a day is like a thousand years, and a thousand years are like a day. 9 The Lord is not slow in keeping his promise, as some understand slowness. Instead he is patient with you, not wanting anyone to perish, but everyone to come to repentance.

10 But the day of the Lord will come like a thief. The heavens will disappear with a roar; the elements will be destroyed by fire, and the earth and everything done in it will be laid bare. (2 Peter 3:1-10)

So this is a key sign of the end of the age and the imminent return of Christ that was revealed to Peter: Open mockery of the existence of God and His moral law.

But then again, there have been periods of open rebellion against God and nature since the first century. We’d need more evidence than that to believe that the end is really nigh. Thankfully, the passage above provides it.

There is a principle you can use when understanding scripture that is very useful here. It goes like this. Events in the Old Testament point to spiritual truths about Jesus in the New Testament. Once you have the Holy Spirit to help you interpret, this lens of understanding opens up the meaning of the Bible in ways that are astonishing.

Take the scene in which Abraham is commanded by God to sacrifice Isaac as a burnt offering in Genesis 22:1-18. It’s a picture of the crucifixion. It’s an illustration intended not only to help us understand the significance of the cross but also that God had it planned and had it written down two thousand years before.

As an aside, the word ‘holocaust’ means a burnt offering, as though it’s a substitution for the cross. But I digress.

Another example is the exodus of the Israelites. They are enslaved to a wicked ruler in a rich land, brought out of that slavery by passing through water then are taught dependence on God through 40 years in the wilderness before being brought into the Promised Land.

It’s a picture of the Christian life. Brought out of Satan’s kingdom through baptism and living outside of the world as we wait for paradise. Same principle. So then let’s have another look at 2 Peter 3 above.

So what was the world like in the time of Noah?

It seems to have been a golden age for Satan and his minions. Genesis 6 seems to describe that fallen angels mixed with women and bore children who were a race of heroic giants. Across the world, the legends about this are similar. Greek myths call them titans while Norse legends call them jotnar. Humans were also universally wicked, just as 2 Timothy describes the men of the last days:

But mark this: There will be terrible times in the last days. 2 People will be lovers of themselves, lovers of money, boastful, proud, abusive, disobedient to their parents, ungrateful, unholy, 3 without love, unforgiving, slanderous, without self-control, brutal, not lovers of the good, 4 treacherous, rash, conceited, lovers of pleasure rather than lovers of God— 5 having a form of Godliness but denying its power. Have nothing to do with such people.

6 They are the kind who worm their way into homes and gain control over gullible women, who are loaded down with sins and are swayed by all kinds of evil desires, 7 always learning but never able to come to a knowledge of the truth. 8 Just as Jannes and Jambres opposed Moses, so also these teachers oppose the truth. They are men of depraved minds, who, as far as the faith is concerned, are rejected. 9 But they will not get very far because, as in the case of those men, their folly will be clear to everyone. (2 Timothy 3:1-9)

“A form of Godliness but denying its power.” Sounds like the self-righteous, utopian, social justice types we see today.

But one final piece of evidence is what made me convinced we’re close to the end. After the flood, there was a boastful king named Nimrod. He sought to build a tower (Genesis 11:1-9) and bring all authority to himself to rival God (Genesis 10:8-13). God thwarted his plans by destroying the tower and scattering the people, creating the nations.

Notice how every Satanic type these days is a globalist while born-again Christians are generally nationalists? There are no coincidences.

Satan’s Babylon project is alive in the world today. It manifests in the attempt to bring all the world under one authority. Its Satanic nature is obvious once you can see the signs. They even mock the symbol God gave to Noah as a sign of His promise not to destroy the world by water again.

Such as those who based the European Parliament building on the Tower of Babel.

The Tower of Babel was built by the despot Nimrod to ‘unite humanity’ under his tyranny. The EU Parliament plenary building in Strasbourg is a facsimile of the Tower of Babel. An odd choice for a ‘democratic’ institution.https://t.co/gOB2BzaolT pic.twitter.com/QU06eaiToh

This is why I’m prepping for the end of the world. It’s not because of plagues or wars or famines or natural disasters, although I expect those to come. It’s because my Bible tells me that all the world will be under one authority and sin will be universally celebrated just prior to the end.

The world is very scared right now. Christians shouldn’t be. The ark that saved Noah is a picture of the safety that Christ will provide for His people when He comes to judge the world (Matthew 24:37-38). We should therefore listen to what Jesus tells us about how our response should be.